The 'Rona Truth in One Thread

The truth about the masks 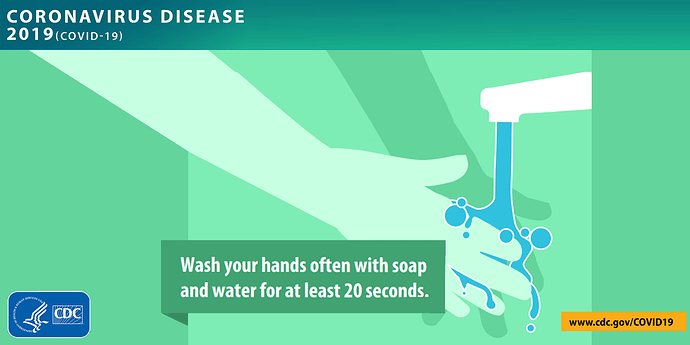 The best way to prevent COVID-19 infection is to avoid exposure to this virus and use healthy habits.

If you are NOT sick: You do not need to wear a facemask unless you are caring for someone who is sick (and they are not able to wear a facemask). Facemasks may be in short supply and they should be saved for caregivers The truth about the tests. Assembling the first COVID-19 test kits in the same room as coronavirus material, along with other practices that didn’t follow protocol, made the tests unusable, officials say.

The NYT and Washington Post both reported it as well, behind paywalls. WHO and CDC never discussed providing international test kits to the US,...

As the United States struggled to launch testing for the novel coronavirus using kits developed by the US Centers for Disease Control and Prevention, the World Health Organization shipped hundreds of thousands of tests to countries around the world. Biden’s statement leaves out context about how countries decided on which test they’d use to identify the presence of the coronavirus.

The truth about the DPA

Memorandum on Order Under the Defense Production Act Regarding 3M Company |...

MEMORANDUM FOR THE SECRETARY OF HOMELAND SECURITY THE ADMINISTRATOR OF THE FEDERAL EMERGENCY MANAGEMENT AGENCY SUBJECT:       Order Under the Defense Produ The White House announced Thursday that President Donald Trump is invoking the Defense Production Act to clear up supply-chain issues encountered in the manufacturing of ventilators and to ensure the production of additional N95 face masks. 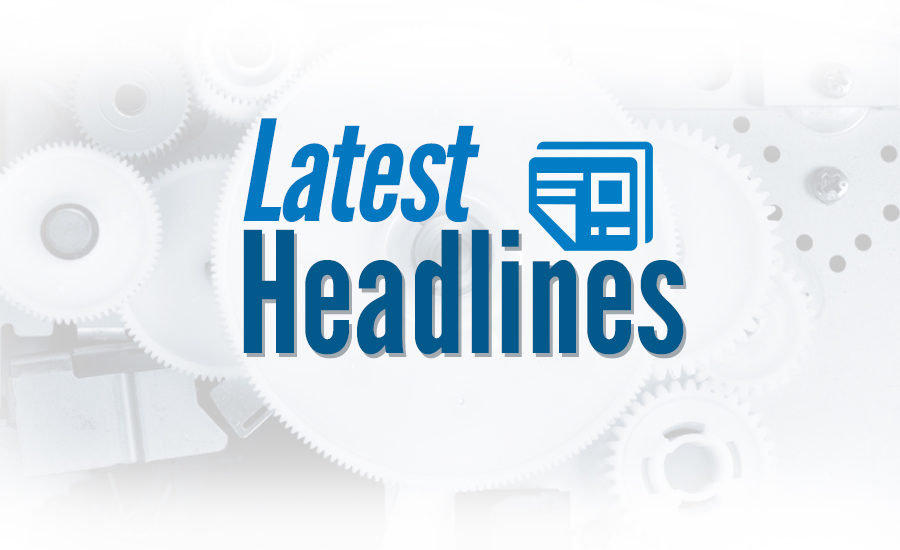 3M to Triple Monthly US Production of N95 Masks

MAPLEWOOD, MN —3M plans to triple its monthly domestic production of N95 masks after winning a pair of contracts from the U.S. Department of Defense worth more than $200 million.

Truth on other logistics: 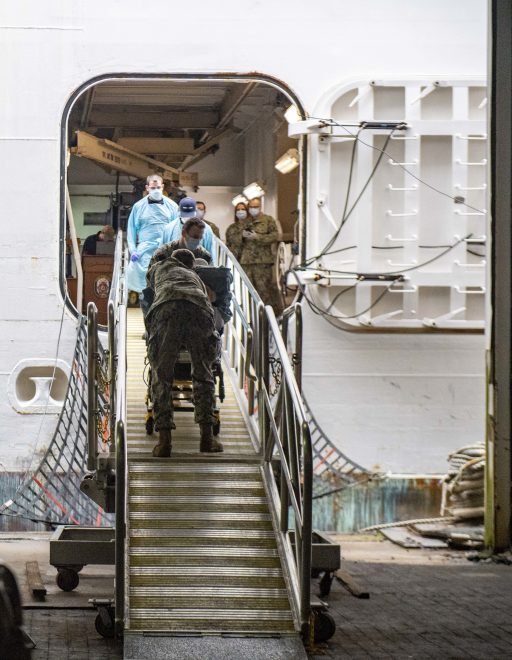 After a nearly-month-long mission helping New York in the COVID-19 pandemic fight, hospital ship USNS Comfort (T-AH-20) will leave its temporary berth – likely for its Virginia homeport – and prepare for a possible assignment elsewhere. Medical teams...

Mobilized in record time for 182 patients.

“It’s a joke,” said a top hospital executive, whose facilities are packed with coronavirus patients. When he was diagnosed with COVID-19, Andre Bergmann knew exactly where he wanted to be treated: the Bethanien hospital lung clinic in Moers, near his home in northwestern Germany. 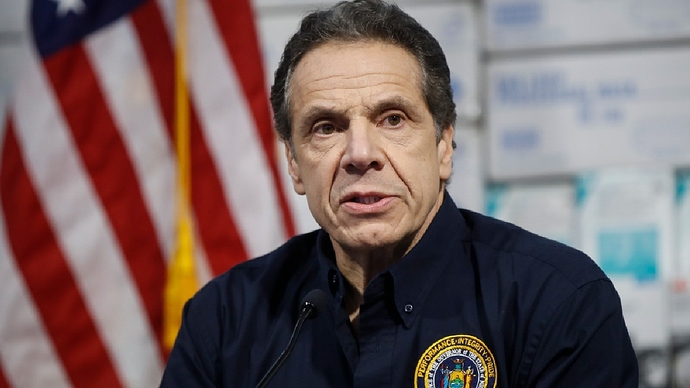 While New York has weathered the brunt of coronavirus infections and deaths, the state’s apparent hoarding of medical supplies, and the millions spent on equipment that never arrived, as well as unused hospitals and beds, have...

There is a simple truth in logistics, you have to identify the need before I can fill it. Identifying the need, the first step in the procurement process, is done by those with the need. The Experts.

If you’ve got me running around looking for ventilators and ships, I’m not working on other stuff. And yes that’s how it works.

Here was the report card that was current in January and February. 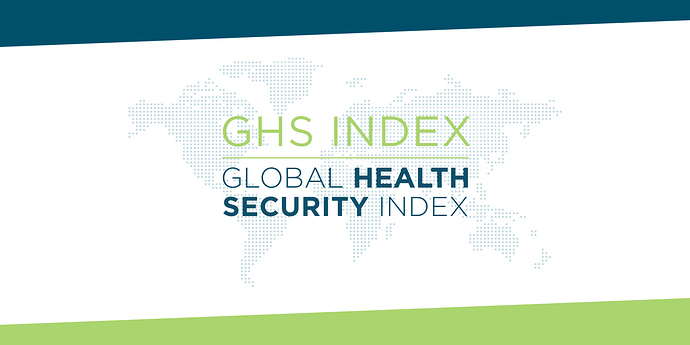 The GHS Index is the first comprehensive assessment of global health security capabilities in 195 countries.

From Oct 3019. It was the last expert audit done that I know of before the epidemic hit. We were rated top of the class. What do you do when you have a million problems and you get a report card saying Threat #3,427 is prepared for? You move to 3,428.

Jan 20th
Other countries including US report cases.

Feb 29th
First death confirmed in US. In Seattle. A Timeline of the Coronavirus Pandemic

The outbreak of the virus, which began in Wuhan, China, has sickened more than 14.7 million people. At least 610,200 people have died.

So who wasted January and February? You don’t turn off The Machine on a sunny day.

There have been claims that the previous administration depleted supplies and didn’t replace them. I don’t know if they did or not. I do know it is not the President’s job, any President, to check or restock. The President is not a 76Y.

Now I know this will fall on deaf ears, but as long as it does, nothing will change. The bureaucrats ran the preparedness, planning and execution of the US response, just like they do for everything. Not the elected officials.

I did this to have it all in one place. This is basically what happened, less the horse ■■■■■ It’s not their fault, it is how it’s done.

If you reply to this post, please do not quote it in its entirety. If you do it will be deleted.

Sick people should be quarantined. Everybody else should wear a mask.

I remember the hyperbolic reaction to comparing CV19 to the flu.

It is different…just not so much.

The newness is gone. Fatigue has set in.

Now, an open message for the President of the United States:

You aren’t fooling anybody with this public order crap. We do not care if those little rat ■■■■■ burn Seattle, Portland, Minneapolis and the Bronx to the ■■■■■■■ ground. Send a letter to the mayors telling them it is a local law enforcement issue and you will veto any bill that makes it to your desk for rebuilding costs. Pull your federal ninjas back onto federal property and let them swim in their own mess.

We know that you are making an issue of this for a distraction. Look for opportunities to improve the 'Rona situation and leave those ■■■■ holes alone. If Chicago wants help with the gangs, send it to them. If not, leave them alone too. They voted for that bed, they can all lay in them.

I remember the hyperbolic reaction to comparing CV19 to the flu.

It is different…just not so much.

The newness is gone. Fatigue has set in.

I am fatigued. I am also fatigued with us blaming elected dumb asses who don’t even get good at the job until they’re leaving while we give a pass to bureaucrats who spend decades in the same office.

Elected officials can only pass laws and make policy.

The bureaucracy must implement them.

Sr Bureaucrats have decades in their offices and most worked their way up for the bottom, if they aren’t making it happen no one else can and they are all but impossible to fire.

Sick people should be quarantined. Everybody else should wear a mask.

Ok, I agree sick people should quarantine and everybody else should wear a mask when in public and they cannot social distance.

When you say “quarantined” what do you mean? By whom?

Federal property should be protected. I have no issue with that.

I also have no issue if people want to vote for leaders who allow their communities to be looted and burned down as long as they don’t expect dollars to flow from the rest of the States for their decisions.

Yes, that is a bed they should lay in.

Quarantine those most at risk of serious/critical disease and let everyone else go on with our lives.

That is the quickest path to herd immunity to protect those at highest risk.

It is at the point of insurrection which the fed’s have every reason and authority to quell if the states and local authorities cannot or will not.

I’m one who believes they should suffer their own foolishness but at the same time it’s not like these mayors and governors all won with 100% of the vote either.

I think a lot of us are.

Perhaps something good will come from this in that folks will be more wise in who they vote for.

Then again? I won’t hold my breath.

A good addition to your list would be video of lib journalists telling everyone to ignore The White House daily briefings back in March and April.

It should be their choice.

All I can tell you and “some” here know this when it hit home for me, we were totally unprepared and pandemonium that followed. Like others I read about it, I read that it was mostly China thing. China problem and that we shouldn’t be concerned.

Then Trump travel ban and BS that followed. Again I listen to experts that it wasn’t a big deal. Nancy Pelosi going to China town saying Trump is racist etc.

Again I wasn’t all that concern because expert said it wasn’t a big deal.

Then it hit home…first death was my Niece patient at Evergreen. It humbled me…and as some know it scared the hell out of me because of little ones.

Subsequently that wasn’t the first death…they tested other patients that she worked with that died, and those too came back positive. They were all from Lifecare.

Even then people from both sides didn’t really taken this serious. CDC and so-called expert didn’t have a game plan ready…that what really bothers me the most. How could they ave failed so miserably after decade upon decades of planing for this event.

It is at the point of insurrection which the fed’s have every reason and authority to quell if the states and local authorities cannot or will not.

I’m one who believes they should suffer their own foolishness

it’s not like these mayors and governors all won with 100% of the vote either.

Perhaps more will not be apathetic. One can only hope.

The same networks that refused to even carry them BTW.

But even they are American Citizens entitled to full protections.

But even they are American Citizens entitled to full protections.

Absolutely. I think a lot have taken that for granted.

Quite the eye opening experience for many, is it not?

The media. There’s the part of this that is mind-boggling. We have somehow decided to listen to the stupidest people on the planet (even more than pols) as if they have the first clue as to what they are talking about.

If one of the media outlets reports it, it becomes a “fact”. No it’s freakin’ not.

Since this virus started, I started looking at some things I didn’t used to. Including facebook. A lot of it is funny, but there are some complete nuts on all this social media. I mean even some people I knew and would have bet they would be rational and intelligent.

Social media is turning us all into mouth-breathing morons.

At least here if you post some horse ■■■■ or use a flake source, 15 people are going to demand you account for it.

Not really. We’ve always had an exception when it comes to the conflict between rights and quarantines for public health.

Of course that ended when HIV/AIDS became a political issue instead of a medical/public health issue.