While we all wait for legal proceedings to play out across the country, please take a look at vote #'s for Georgia below.

Finally add Wisconsin and Pennsylvania that combined with Georgia and Michigan make up a select group of the ONLY FOUR STATES in the United States individually each where Biden got more votes than both Clinton & Obama did in 2016 and 2012, respectively.

As with the POTUS election they can present the evidence in court and go from there.

You don’t arrive at more votes than have ever been cast for a candidate without winning a few states with bigger margins than ever before.

Maybe due to hidden GOP voters who dislike Trump? They finally realize that they can’t hold their nose and vote for him anymore.

Trump lost the popular in 2016 by almost 3 million votes. He said that it was because upwards of five million illegals voted. When he became POTUS he set up a commission to find all of that voter fraud. And after a year it disbanded for lack of evidence. And this year he lost the popular vote by a greater margin. Except this time he set the stage before the election. One thing I have observed is that it seems that some Trump supporters just don’t understand that Trump may not be a popular as they thing he is.

I’m still waiting for the amazing things coming out of Hawaii.

Wednesday of next week? fingers crossed

You do know that people can split their votes.

More direct evidence piling up that people don’t know ■■■■ about how any of this works.

Look at the 2018 election in GA. The governor’s race was the closest vote for a governor than we’ve had for a while. Also, Gwinnett County turned purple in 2016, and is one of the most populous counties in GA.

Add in that in 2016, I voted 3rd party for president and Republican for Senate.

Given all that, the numbers for GA don’t surprise me one bit.

Trump misplaced them underneath his healthcare plan and the check from Mexico to pay for the wall.

The president lost Michigan by 2.6% and John James lost by 1.5%. If there is a recount, they will have to pay for it. We have paper ballots in Michigan so the trail should be there.

Unless you think that they faked 150,0000+ ballots on election night.

We are going to need more physical evidence.

Those are some interesting numbers. We need to see 10’s of thousands of provable fraudulent ballots. 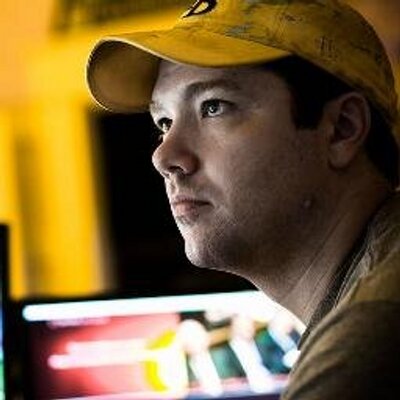 Sandra Smith, off-air, reacts to her colleague Trace Gallagher indulging a nutjob who denies the outcome of the election even after Fox News had called it for Joe Biden: https://t.co/gZ4nrnVHab

Others have said it but let me add in in case you missed it.

We had record turnout this year.

You’re going to win states by more votes than candidates did in the past with record turnout.

What nefarious are you seeing here?

The lady she was annoyed with is right though.