That’s it, the dem’s on the committee should immediately impeached and removed from office. Nobody is above the law!

Looks like the fight over Grand Jury testimony could be part of the next impeachment inquiry. 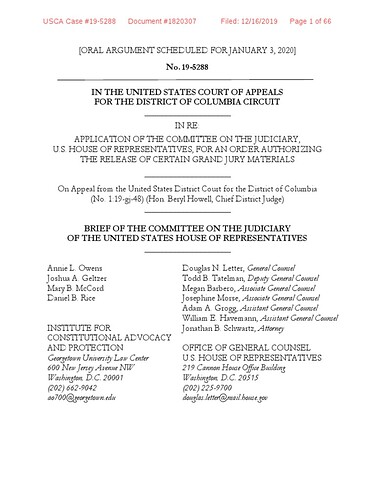 The House Judiciary Committee filed a brief in federal court announcing that impeachment would continue even after the first vote on articles of impeachment.

Speaking of recession, it seems Washington Compost had to put that on hold.

Another major failure that libs promoted.

I just cannot believe how often thy been wrong over the last 3 years…and funny thing about it they still don’t know they’re being played.

Speaking of recession, it seems Washington Compost had to put that on hold.

Another major failure that libs promoted.

I just cannot believe how often thy been wrong over the last 3 years…and funny thing about it they still don’t know they’re being played.

Recession indicators are lib lies now? Find me one lib that has said, unequivocally, that a recession was coming?

The trump recession may be here Politics

the institute for supply managments survey which shows the health of the manufacturing sector fell to 49.1 in august. Any reading below 50 is contraction. the reading for export orders fell to its lowest since april of 2009. so much for trumps claim we have the best economy on record. stocks have plunged as a result with the dow down 400

manufacturing jobs,especially in swing states have begun falling so far this year 22 states have shown manufacturing job losses including wisconsin,north carolina and pennsylvania one company cummins engines says tariffs will cost if 150 this year,far outdistancing the 70m it saved in corporate taxes

looks like trump stupid trade war is about to crash the economy. the interest rate on 2 years nonds is now higher than 10 uear bonds. thats an inverted yield curve and since WW2 has been an excellent forecaster of recessions. its happened before the last 5 recessions and 7 out of the last 9 in response to the inversions dow futures are right now down 300 pre open https://www.cnbc.com/2019/08/13/us-bonds-yield-curve-at-flattest-level-since-2007-amid-risk-off-sentiment.html

One of the best indicators of a coming recession is when the yield on short term government bonds is higher than don long term. Specifically when the 3 month bond is higher than the 10. That’s called an inverted yield curve and it signals a recession in the next 12-18 months. The yield curve inverted this morning https://www.cnbc.com/2019/03/21/a-key-recession-indicator-just-did-something-that-hasnt-happened-in-12-years.html

Some examples within those threads.

The warning signs are there.

Yes, but many signs point to a near future recession, within 1-2 years. You recognize that, right?

Troubling signs from yesterday: " Long-term Treasury rates added to their monthlong slide Tuesday, aggravating a key yield curve inversion and sending the 10-year yield to its lowest level against the 2-year rate since 2007. The yield on the benchmark 2-year Treasury note, more sensitive to changes in Federal Reserve policy, fell to 1.526%, 5 basis points above the 10-year note’s rate of 1.476% after closing inverted on Monday. Before August, the last inversion of this part of the yield curv…

I love this one.

he brags about how the economy is doing about as good if not better than ever before. but… gdp growth estimates for q2 have fallen to 1.5% or lower may job growth only 75k,well under the 180k forecast. march and april numbers also sharply reduced. 2 of the last 4 months have seen growth under 100k treasury yields have plunged as the fear of recession is growing.

I’m sure I can find plenty more.

Dershowitz clients include, OJ, Claus Von Bulow, Mike Tyson, Jeffrey McDonald
William Kennedy Smith, and Jeffrey Epstein. Weird how all his big cases involve defending men accused of violence against women, isn’t it? So his opinion is for the boids.

Are any of the impeachment articles about violence against women?

Should have listened to Turley.

They should have listened to Turley.

I honestly don’t understand why they were in such a rush.

They ought to have let the subpoena cases play out in the courts.

A political calculation, to be sure. It is Schiff’s position that getting a decision through the courts could take months, even years. That the issues would be lost in voters minds in the meantime, and then the election is upon us.

Also, they felt that they had enough evidence to move now.

And, the fact that Trump has stonewalled perfectly good House subpoena’s provided a further article of impeachment.

Yeah he’s like the first President to ever claim executive privilege and take it to court. The economy lost 140,000 jobs in December 2020. Businesses began to close again in response to the increase in COVID-19 cases.

Durable goods orders back on the rise after a slight drop in August and September as well.

New orders for US manufactured durable goods edged up 0.2 percent month-over-month in December of 2020, following an upwardly revised 1.2 percent rise in the previous month, and well below forecasts of a 0.9 percent rise. Still, it is the 8th...

Unemployment at or near all time lows as well. Compare Today's Unemployment with the Past

Compare the unemployment rate by year since 1929 to GDP, inflation, and economic events including fiscal and monetary policies.

Real wages growing at about a 5% average for the year as well.

Yes, let’s all get deeply concerned about the imaginary recession.

You posted a bunch of recession indicators that “libs” posted. Just because you have indicators, doesn’t mean a recession is coming.

You posted a bunch of recession indicators that “libs” posted. Just because you have indicators, doesn’t mean a recession is coming.

Anybody seen my crawfish bucket? Support for impeaching and removing President Trump from office has decreased, according to a new survey released as the House prepares to take a full vote on the articles of impeachment this week.

Support even fell among Democrats, with 77 percent of Democrats now backing impeachment and removal compared to 90 percent in November.

Forty-five percent of Americans said in the CNN poll that they support impeaching and removing the president. That represents a 5-point decrease from a poll conducted in mid-November after the House Intelligence Committee finished its public hearings.

I thought this was interesting and McConnell’s reasoning appears sound.

“We don’t create impeachments over here … we judge them,” he declared.

It was the House’s role to investigate, and to build a case. “If they fail, they fail! It’s not the Senate’s job to leap into the breach to search desperately for ways to get to guilty. That would hardly be impartial justice.”

The Senate would not, he said, participate in “new fact-finding” that House Democrats were “too impatient” to pursue. 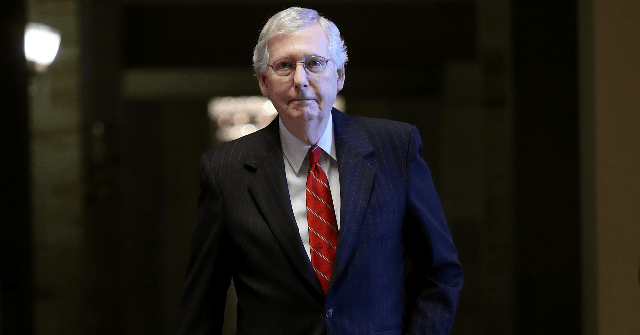 McConnell Suggests Senate Will Move to Dismiss Impeachment After Opening...

"The House should not impeach on this basis in the first place," McConnell said in a speech on the Senate floor discussing trial procedures.

He can have his opinion. Trump is going to be impeached. That is the end of it.

And a sure reelection because of it.

RCP has a USA today poll with Trump +3 over Biden in general.

First one with Trump defeating Biden.

Recession indicators are always worth concern. Politically motivated blindness to them is not something to be proud of.

Well they can go through the courts if they think the president has been wronged, but impeachment is up to the house. He won’t go to jail for being impeached just removed with the senate’s trial.

Should he go to jail? I don’t this there is beyond reasonable doubt, so no.

He will leave after 5 more years.

He won’t go to jail for being impeached just removed with the senate’s trial.

You actually think he will be removed by the Senate for impeachment? What have you been smoking?

No I don’t think he’s going to be removed. But that would be the extent to what the Senate could do.

Then he would have to be charged with a crime. And that resulting trial, with the evidence beyond a reasonable doubt, would land him in jail.

Neither is fabricating a recession that doesn’t exist and isn’t on the horizon.

Hilarious. There is no possibility whatsoever that Trump is going to be removed from office with the BS charges cited in the impeachment articles.