One of the best indicators of a coming recession is when the yield on short term government bonds is higher than don long term. Specifically when the 3 month bond is higher than the 10. That’s called an inverted yield curve and it signals a recession in the next 12-18 months.

But I can’t say I’m surprised by the list.

The Federal Reserve this week said the U.S. economy is still strong but is facing challenges from global weakness.

The Federal Reserve this week said the U.S. economy is still strong but is facing challenges from global weakness.

Yes, In fact taking Maduro out of Venezuela would help the world economy as they rebuilt their economy. I’m not sure Europe can have a great economy under the climate rules. They think govt can change the weather if the people are poor enough…lol!

Not giddiness. Just a cold shot of reality.

So, what I hear you saying is that we’re going to go into a recession right after we elect a Democrat in 2020.

More tariffs and corporate tsx cuts will turn this right around…

I posted this yesterday on another thread but it bears repeating.

“It comes less than a day after Nobel Prize winner Robert Shiller said a recession is likely in the next 18 months. The bears are circling, and the stock market is on thin ice. As CCN recently reported, US stocks are highly over-priced and due for a monster correction. The Dow is in a bubble. The only question is when will it burst?” 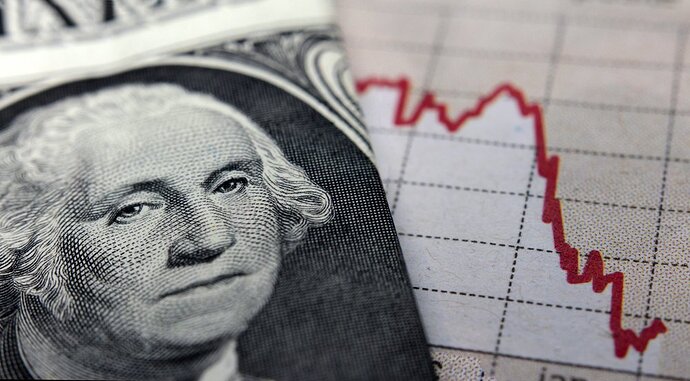 The Dow Jones Industrial Average is set for an epic collapse according to one the world's top performing hedge funds. Time to sell stocks.

I’ve felt a recession was inevitable in the next year or so. We have been on such a long run, and the cyclical nature of macroeconomics makes this virtually unavoidable.

It’s likely not going to be pleasant for a great many people too. At a time where we should have been paying down the deficit we instead supercharged it. And the results of that decision will sting a lot of people.

Already the Trump economy is failing to even achieve the levels of the Obama economy as it was left to him. Some of that is not his fault though. Some of it is just being at basically no unemployment. We have not added as many jobs under Trump as we were adding under Obama. But again, full employment. GDP has not achieved or surpassed Obama’s best GDP years. Even with the massive spending by Government and the artificial inflation of the corporate tax cuts, showing they did not have the desired effect.

The trade wars are beginning to impact both the domestic economy and the global economy in ways that will only serve to hasten the coming recession.

Some of this could have been avoided with competent leadership from an experienced and intelligent Executive. Instead, we ended up with an idiot of a man who has no interest in being informed, lacks intellectual curiosity, has failed to surround himself with the best and the brightest, instead with sycophants and people outside of their depth.

Things are going to get painful for our nation as a result of these horrible decisions. And that really stinks. I don’t want to see Americans suffer, unlike some of the Trump supporters who seem to relish in the pain of who they call their enemy. Which is fellow Americans.

Whoever is POTUS come January 2021 is going to be facing a mess of a situation. It will either be Trump, and help us all if so, because I doubt even his most loyal cultists believe he is capable of navigating a massive crisis. Or it will be someone else with the daunting task of trying to salvage whatever can be salvaged out of the wreckage left behind by this disaster of an administration.

Good post that will be dismissed as fake news.

…and wait till the economy bears the burden of all those student loans going into default that never should have been made, except to indoctrinate the liberal agenda.

It’s a scary thing to think about that even bankruptcy won’t get rid of student loan debt. That’s a hardcore loan shark.

Meanwhile our president is lying to people about the economy:

Meanwhile our president is lying to people about the economy:

He lies about everything.

Why would people like Donald Trump and Jeff Bezos care? They made out like bandits with the massive tax cut for the rich.

I bet a bunch of people here got to go to Golden Corral a few times though.