Are cracks developing in the China-CIA alliance?

Now that China and the CIA’s common enemy, President Trump, has left office, are cracks starting to develop in their apparent cozy relationship?

For example consider the recent transition from the mainstream media and the Biden administration about the possible origin of COVID from a lab in Wuhan. Mainstream media labelled the likely origin as a “debunked conspiracy theory” when Trump was in office. Now even Biden is calling for further investigation of the origin of the virus over the objections of the Chinese government:

China hits back after Biden calls for Covid origins investigation

Some world leaders and scientists have criticized Beijing for not raising the international alarm quickly enough over the coronavirus outbreak.

The left-of-center news site, Vox, has been stealth editing its March 2020 reports that labeled the lab origin as a “debunked conspiracy theory”. 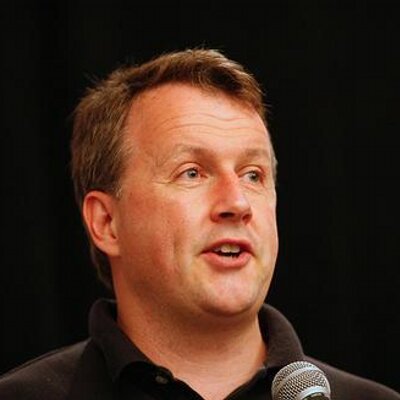 Some of the stealth edits that Vox made to its article debunking "conspiracy theories" that Covid-19 originated in a lab leak between its original publication in March 2020 and now. https://t.co/RYxZ2B81mc 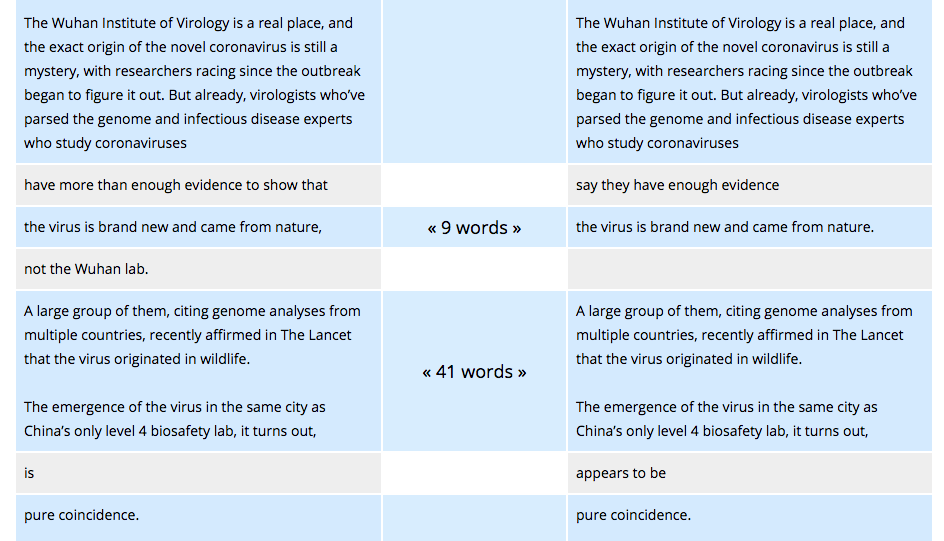 And Facebook is allowing open discussion of the possible lab origin of the virus. Facebook has reversed its policy banning posts suggesting Covid-19 was man-made, on the heels of renewed debate over the origins of the virus which first emerged in China.

Would any of these changes be possible without at least tacit CIA approval?

This comes after the Secretary of State openly discussed the possibility of boycotting the 2022 Olympics in China in response to intelligence reports of genocide of Uyghurs. The interview came on NBC, the alleged quasi-official voice for the CIA: QUESTION:  And a good Sunday morning.  The writer David French once said right here on Meet the Press that Americans are so dug in politically that if you are 80 percent my friend, you’re 100 percent my enemy.  Today, the personal has...

Is the apparent alliance between the CIA and the Chinese Communist Party is starting to break apart?

Or are the recent changes merely window dressing to give the appearance of a free press and independent government in the US?

The Narrative is getting away from them.

The stealth editing reminds me an earlier examples of changing history to agree with the current party line: How Photos Became a Weapon in Stalin’s Great Purge

Stalin didn’t have Photoshop—but that didn’t keep him from wiping the traces of his enemies from the history books. Even the famous photo of Soviet soldiers raising their flag after the Battle of Berlin was altered.

Stalin would have loved the internet.

Stalin would have loved the internet.

Not the internet; our internet, comrade. New reporting has sparked renewed interest in the virus' origins.

Let’s say Trump knew that the virus was “unleashed” on the world from a lab. Why didn’t he punish China? If you say “because of the media” I’m going to lol because Trump isn’t scared of the media (or shouldn’t be given his tough guy rhetoric).

I find this story interesting and if it turns out that China purposely unleashed the virus… punishment should follow. If it was an accident (which was generally accepted as a possibility) then… I’m not sure what we should do

calling for = political expediency, going nowhere.
shutting down = a deliverable already paid for

What did Trump do about it? It was HIS original claim.

Yes, if Trump had irrefutable proof then arguably he should have moved forward, but real life is usually shades of gray not starkly black and white. Worst yet the CIA and intelligence officials could easily torpedo even overwhelming evidence if they thought it would benefit Trump, and the lapdog media would have quickly turned the incident into another reason to impeach Trump.

If you doubt that ability of intelligence officials to manipulate the mainstream news media consider the Hunter Biden laptop story. They made the story disappear by implying that the story might be “Russian disinformation” even though they admitted that they had no evidence:
We want to emphasize that we do not know if the emails, provided to the New York Post by President Trump’s personal attorney Rudy Giuliani, are genuine or not and that we do not have evidence of Russian involvement . . . Former IC Officers Public Statement (politico.com)

In reality we live in a world where most of the “news” is propaganda and actual facts rarely matter.

As Russians say, there is no news in Truth and no truth in News.

Actually I agree that Trump has some responsibility for the virus in a perverse way.

In my opinion, the virus has all the earmarks of escaped bioweapon designed to target the US. Logically China would never allowed the virus to escape except as a way to kill Trump’s re-election bid. If only Trump had lost in 2016, the pandemic would never have happened!

Of course this scenario may mean that the US intelligence agencies and were complicit in hiding the truth to protect China and to maximize the political damage to Trump.

Will Biden send China and the CIA a thank you note for putting him in power?

Welcome to the forum.

Here are some earlier threads that provide background information about a likely lab origin for the virus:

Does one graph explain the huge variations in COVID death rates for different parts of the world? - Outside The Beltway - Hannity Community

so we should assume that in your opinion unless you have a background working in a lab on coronovirus’, no matter what information is available, you should have absolutely no opinion on any aspect of it?

i assume you have absolutely no opinion, and therefor will not challenge anyone who does except in that they have an opinion at all.

Actually I agree that Trump has some responsibility for the virus in a perverse way.

In my opinion, the virus has all the earmarks of escaped bioweapon designed to target the US. Logically China would never allowed the virus to escape except as a way to kill Trump’s re-election bid. If only Trump had lost in 2016, the pandemic would never have happened!

Of course this scenario may mean that the US intelligence agencies and were complicit in hiding the truth to protect China and to maximize the political damage to Trump.

Will Biden send China and the CIA a thank you note for putting him in power?

This is ridiculous, why would it start in china if it was ment to target the US.

It makes no sense, bring the virus into america before you unlesh it is BY FAR the simplest part of this who conspiracy

I see someone taken out the trash.

And this is idiotic, why would china unlesh the virus in china

why did china shut down domestic travel in or out of wuhan but allow it internationally?