Johnathan Turley is in the news again

Funny how few years ago I mention him here only to have one of his students show him my post/thread.

Seems like he’s coming around to my line of thinking. Or maybe…just maybe he’s realizing what libs have created will go after him as well. This beast was created by those that hid behind the label of liberalism only to swallowing up the ideas of liberalism itself.

“In my three decades of teaching, I have never seen the level of fear and intimidation that we have today on our campuses,” Turley said in testimony to senators Tuesday. “Many professors are afraid to voice dissenting views of the current protests or other issues out of fear that they could be accused of racism or even physically attacked.”

“To put it simply, Antifa and these other extremist groups are winning, and few people seem to be taking notice,” he added.

This has been my voice here for last decades and half, I’ve been warning liberals…true liberals of what is being done in your name.

And now it seems those same liberals are in danger themselves.

I also want to point out…remember I said a realignment is is needed. This is what I was hoping for.

Trump isn’t the perfect pitch person for this realignment but he was perfect for exposing libs for who they really are.

As for Johnathan Turley…welcome to my party pal.

8 Likes
The Politics Forum and What Makes a Good Political Thread
SneakySFDude August 5, 2020, 1:37am #2

In this context, I would add BLM. Not the same physical threat.

I’m not so sure about that, I know “some” are being manipulated and weaponized into silencing speech…and thus are being misguided.

Antifa IMO was created for one purpose and one purpose only, to silence anyone and everyone with opposing viewpoints through whatever means necessary.

I’m not so sure about that, I know “some” are being manipulated and weaponized into silencing speech…and thus are being misguided.

Antifa IMO was created for one purpose and one purpose only, to silence anyone and everyone with opposing viewpoints through whatever means necessary.

It is one of the tenets of conflict theory as espoused by BLM’s mentors. 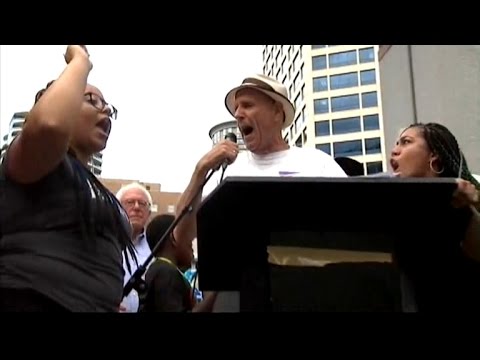 Well in that case yes.

What are they fighting now?

People on the way to work.

I don’t care. I was answering your error.

Error in what? Libs created Antifa? Or there is Nazis in our mist?

Fact remain…actual liberals, true liberals are being threaten into silence by the very group they used to gain power despite my warnings and predictions.

This is the error:

“Antifa IMO was created for one purpose and one purpose only, to silence anyone and everyone with opposing viewpoints through whatever means necessary.”

Antifaschistische Aktion was organized to fight Nazis, in the 1930s.

This Antifa wasn’t alive when we were fighting the Gulf War, much less Nazis.

Antifa has no organization, therefore they have no history.

So…where are the Nazis now?

And if no Nazis then why revive Antifa? Seems to me they’re fascist one ATM…society at large isn’t.

And you’re having more and more “liberal” coming out against their tactic.

So who created the conditions for Antifa rise?

We’ve been noticing for years. I respect Turley bu he needs to get out of that bubble of his Ivory Tower move often.

Democrats a rule no longer even pretend they value free speech as a rule and have been doing all they could to stamp out speech they disagree progressively more during each of the last 3 decades.

Which of course bears no resemblance to the current incarnation.

They have become the Fascists.

In this context, I would add BLM. Not the same physical threat.

Whether they are aware of it or not, BLM have become tools for ANTIFA.

It’s basically the same radical trash that was the OWS movement.

Anti capitalist, Anti National, Anti Free Enterprise, and a combination of Marxists, using violence, the threat of violence and Anarchy to sow as much division in the country as possible.

Floyd’s death was nothing but a convenient vehicle.