As suspected, the Arizona election was a mess

Of course, if they release their findings there will be an obligatory audit to audit the results of their audit.

Dumb as rocks to do a partisan one to begin with, should have been a non partisan operation for credibility sake. Even if they find actual evidence, good luck convincing everyone you didn’t plant it or alter something.

Me? Nothing let the clown show continue

Gives me something to point and laugh at

It’s not an impossible goal.

Given the import of the subject of the audit, it is frankly ridiculous to commission a company named Cyber Ninjas that had no expertise in the area of elections audits.

Notice the fact that if Trump won not a single law would be passed.

That’s not a fact at all.

Yea it is. In 2016 the former president accused that the only reason he lost the popular vote is because of fraud. But he won so no election integrity issues.

Now. He loses and suddenly.

Yeah i am being honest

Every document associated with the audit needs to be released.

The fully documented process they are following to conduct the audit should have been released at the start of the audit process.

Yea it is. In 2016 the former president accused that the only reason he lost the popular vote is because of fraud. But he won so no election integrity issues.

Well he did form the 2016 election fraud task force in 2017. Disbanded the same year.

As expected, Sgt Shultz saw nothing.

They seem to have left out the part about the 11,000 bogus votes. Why do you suppose they would do that?

You are making a huge leap calling these bogus votes:

“We have also seen some interesting things related to the voter rolls,” Logan said. “So, for example, we have 11,326 people that did not show up on a November 7th version of the voter rolls, and after votes were cast, but then appeared on the December 4th voter rolls.”

“Just to be clear, they show as voted this past election,” he added. “But they were not on the November 7th version of the file, but they did show up on the December 4th version.”

So there is a file from
Nov 7 and a file from Dec 4th. The legal voter I’ll may have a legal definition wider than a single file or list. The process of registration may include a lag from submitting paperwork to being integrated into “a file” and during that lag the registration may be totally valid.

It is bad faith to communicate the 11000 difference without describing the expectation of the file’s completeness and the process by which registrations are booked I. The file.

If it turns out that this “file” is expected to be weeks or months out of step with the legal registration roles then I will interpret this release as a bad faith attempt to manipulate and mislead the public. Or stated simply the OPPOSITE of a search for truth.

(Edited to account for here not saying “file”, that is my own projection of what she may mean by “list”)

It looks like Biden really does tell the truth: 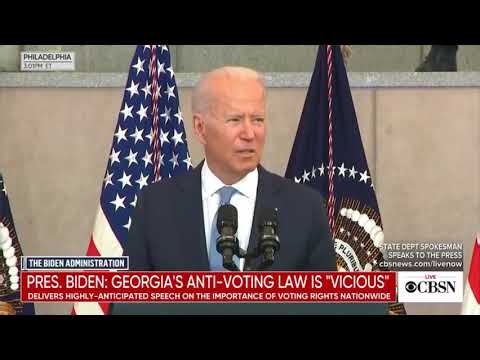 Remarks by President Biden on Protecting the Sacred, Constitutional Right to Vote | The White House This isn’t helping the Arizona GOP in the long run …

By 49-46 percent, Arizona voters are opposed to the audit, which puts the result within the poll’s margin of error. But the survey of 600 likely voters found that the intensity of opposition to the audit exceeded the intensity of support, with those strongly opposed to it outnumbering those strongly in favor by 5 percentage points. And while Democrats and Republicans broke along familiar partisan lines, independent voters upon whom the state pivots in close elections opposed the audit by 18 percentage points. 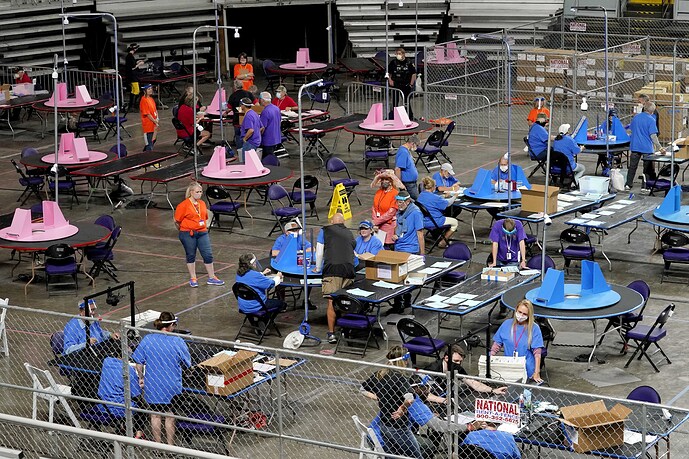 Independent voters oppose the controversial recounting of ballots by a wide margin.

At the end of this process the cost of the audit needs to published.

The grown-ups in the Republican Party are doing what they’ve done since Trump and his fold showed they have some sway: wait and see.

What they should be doing is try to win the popular vote convincingly. Something they’re not good at.

Every moment spent on the Big Lie is another moment failing to woo voter in the areas in which they underperformed.

“Maricopa County Superior Court Judge Michael Kemp said in his ruling on Thursday, which preceded an Arizona Senate hearing on the audit’s progress, that he “completely rejects” the arguments presented by the defendants’ attorneys.

“Nothing in the statute absolves Senate defendants’ responsibilities to keep and maintain records for authorities supported by public monies by merely retaining a third-party contractor who in turns hires subvendors,” Kemp wrote.” A judge rejected the Arizona Senate's motion to dismiss a lawsuit seeking the disclosure of records related to its 2020 election audit in Maricopa County.

Yes, and the bill sent to Biden’s “most extensive and inclusive voter fraud organization in the history of American politics”.

Cyber ninjas is on the case!

What are they hiding?

We will find out soon(ish)