Your FBI: Trustworthy or In Disarray for Decades? 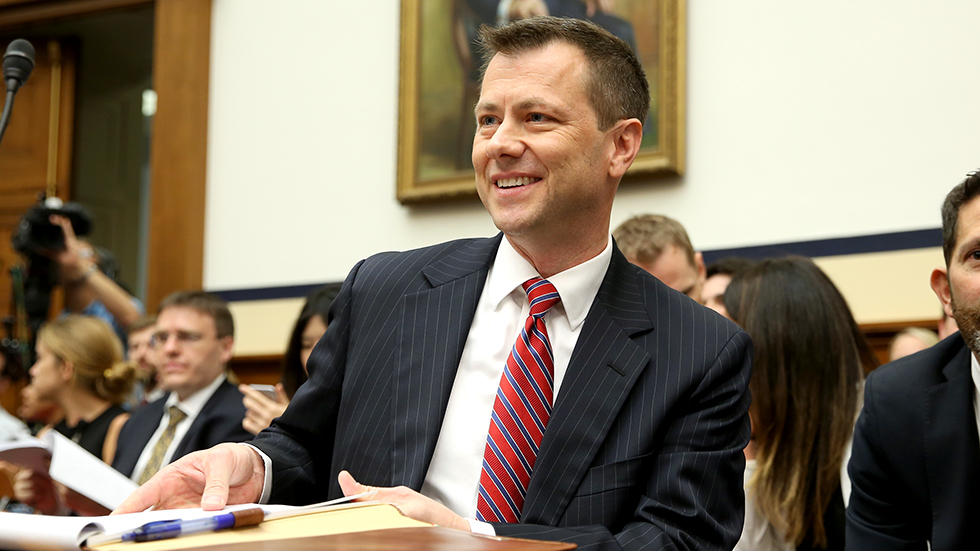 FBI culture has left agents reluctant to question colleagues about behavior that might be risky or detrimental.

“The dominant culture within the FBI is best described by an expression well known to the special agents: ‘Thou shall not embarrass the bureau,’” Kohn said.

They would burn the country down to save their fiefdom.

Congratulations @conan it’s starting to come out. I forgot about whose watch Hansen was on.

Two members of the FBI allegedly had an affair, so the entire organization is in chaos.

Trump has multiple affairs and breaks the law to cover them up. It’s just another afternoon news dump.

There is a blue wall at all levels of law enforcement…

Did you read the article?

There is no “allegedly” to it.

That’s true. And a big part of the problem.

So is everything you post. There is one big difference though.

Why does everything have to be so black-and-white in politics? I assume the truth is somewhere in between “trustworthy” and “in disarray for decades.”

The FBI is a law enforcement agency. It is comprised of people. People aren’t perfect, hence, there will be problems when some of the people within the organization make mistakes. It’s the same with any organization. They’ve moved on and there is new leadership.

Apparently, there are others who may have issues moving on.

Yep when the alleged cross-dresser ran them as a personal fiefdom they were in disarray as well. Just back then most of the conservatives (I don’t know about @SneakySFDude so I won’t assume) found them to be the pillar of integrity.

As a side-note I don’t like newly found trust in the FBI as an authority by my side of the aisle. They are a law enforcement agency and therefore should be treated with vigilance rather than support imo.

When we talk about problems in the FBI of recent lets remember we are basically talking about the Comey-McCabe-Strzok clique that was in charge of politically based investigations. From the article:

“What’s more concerning is that co-workers of Strzok and Page correctly did what they were trained to do and brought knowledge of the secret affair to management but management did nothing, thereby placing the FBI at risk,” he added. “Not only that, even after McCabe was briefed on the situation, he nevertheless detailed Strzok to special counsel Mueller without telling him, thus extending the risk farther. Mueller had to find out about it from the text messages.”

That’s why its so ridiculous when leftists will say how they will trust the FBI more than the “Trumpists” running the administration. They want you to think that its the administration vs. the FBI. It was the little group that ran the FBI that has been the problem. McCabe no doubt saw exactly what he wanted in Strzok.

You have a point. Management.

Back then there was a concerted propaganda campaign to make us believe they were trustworthy and we believed the propagandists such as Cronkite when he told us they were.

The internet changed some things.

@FloridaYankee and some of us had an interesting discussion about DuPont and other cover ups. He advocates for, and I agree, harsh penalties for such.

Are we not to hold the vaunted FBI to a higher standard?

It is an opinion piece written by John Solomon.

And John Solomon’s opinion explains why.

Perhaps that was Obama’s intent.

I like the protestations of an opinion piece. Does Solomon have his quotes wrong?

Trump has multiple affairs and breaks the law to cover them up. It’s just another afternoon news dump.

That remains to be seen.