Why The Upcoming Raids Will Be a Disaster: ICE is Dangerously Inaccurate

But you don’t have to take my word for it. Ask a Trump Voter who spent years trying not to get deported. 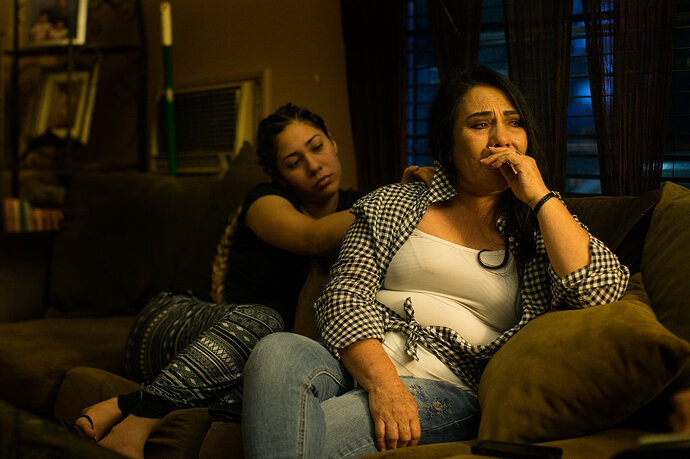 Even American citizens are not immune from immigration raids.

It’s disturbingly easy to find stories like this - of legal citizens whose lies were completely upset and often even jailed because ICE is too dumb to know how to do real research. While you’re cheering these raids on, consider that they might grab you and try to deport you! They’ve already deported people to the wrong countries or to places where they don’t speak the language.

These Gestapo style raids are beyond dangerous, as is anyone pushing for them.

This reminds me a lot of the movie, “Brazil” Are they going to put black bags over their heads as they take them away?

This is why I keep my wife’s naturalization papers under lock and key. Just in case.

If you renounce your citizenship but were born here, does that make you an illegal alien?

Do you understand the law?

Sure. Do you understand we’re talking about people who didn’t actually violate it?

Well, it is quite obvious that you did not read the article. Maybe you ran out of free articles for the month.

Maybe defending criminals who came to America illegally shouldn’t be a normal thing but maybe an accessory to the problem.

While you’re cheering these raids on, consider that they might grab you and try to deport you! They’ve already deported people to the wrong countries or to places where they don’t speak the language.

Well too bad so sad!

If you are an American who knowingly employs or harbors and/or maintains an acquaintance with an illegal then hell yeah you might get caught in the middle and its no ones fault but your own! You might end up deported my accident or spend a night in county jail. You should have known better!

Of course it is its part of lawlessness problem in this country with sanctuary cities, counties and States, it’s ridiculous and it’ time for some old fashioned law enforcement.

Amen, a big flush is coming.

Amen, a big flush is coming.

The cost of authoritarianism is that a few innocents get pick up in the raids.

Sigh if anyone here was illegally in another country whether they snuck over or overstayed a visa we would be expecting that a day could come they the law would do their job. A good example is Mexico’s immigration laws I suggest everyone read them it’s interesting.

Your solution for finding, holding, and deporting those who need to be deported?

Or are you saying it shouldn’t be done? You know make it here and your good to go.