Why are we giving Ukraine ANY military assisance?

The Azov Battalion is a modern successor to the UPA, Ukrainian partisans who fought a brutal guerilla war against the Soviets in areas annexed from Poland and Czechoslovakia at the end of World War II. The CIA supported these efforts in the 1940s and 50s, and the CIA is supporting and training the Azov Battalion now. 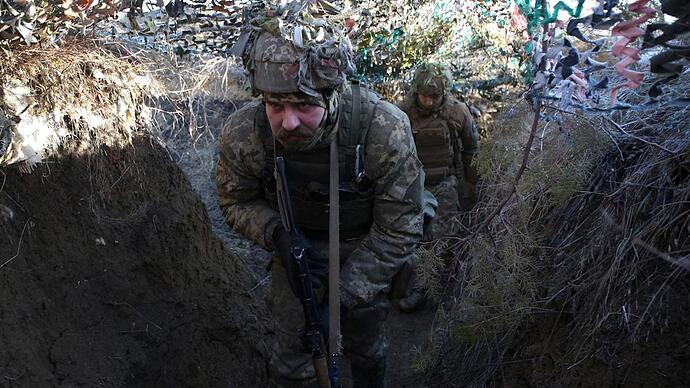 Here is a declassified report from the CIA about its activities with the UPA and background information about the UPA. your question is ridiculous. crimea is gone, ukraine can’t take it back, they’re not strong enough. what they can do is use the weapons to defend the rest of ukraine. those weapons and our support is what’s kept russia out since taking crimea.

I think it’s best just to call a spade a spade. I don’t like when the left in this country try to paint every single person on the right here as far right extremists it’s ridiculous and divisive. That being said the Azov battalion at minimum fits the bills as a far right group. I don’t think they should be labeled a terrorist organization like many of the house democrats do but they are at minimum far right.

The leader Andriy Biletsky is also the founder of two other far right groups Patriot of Ukraine and Social-National Assembly. Copy these two groups down and Google them and see if you think they are far right. 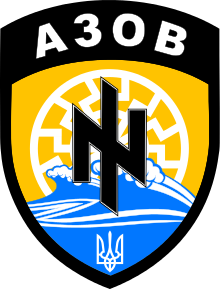 As well as the black sun symbol which has been used by Neo-Nazi groups from early on after the war.

Now it could be accident that they have two Nazi symbols incorporated in their emblem as well as the leaders past ties with the far right as well as pictures of them after a battle in Mariupol celebrating. 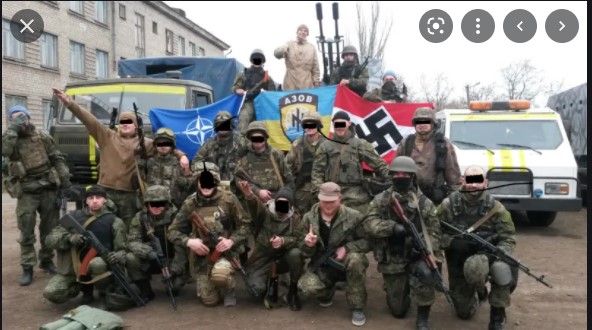 But I think it’s just best to call it what it is. They have to use them regardless they are good fighters that get the most western volunteer recruits.

Apparently the Russian’s are deploying forces from their far East military commands to Belarus and elsewhere in the Western part of Fussia and into Belarus for a 10 day training exercise Feb 10-20. The deployments are beginning now and include an SU-35 Air Superiority squadron and unidentified ADA elements to be deployed into Belarus. The total force package going to Belarus and elsewhere in Western Russia is not identified, but is said to be adramatic bolstering of Fussian forcesw already in close proximity to the border with Ukraine. The purpose given for the exercise is to practice concentrating Russia’s military, including redeployed far Eastern forces, in the Western region of the country to face an aggressive external threat.

Ukraine is attempting to form up 130,000 raw recruits in battalion formations to augment their armed forces.

It appears all but inevitable now, the questions I have been reading is wondering the scope of the incoming invasion whether its a small skirmish or something much worse. One can get a since how scared they are on the Ukraine reddit forum they are pretty terrified it’s coming.

Well our government and NATO played wishful thinking back in the Clinton days. Promised a bunch of crap that they never figured would happen. Now it’s later, the crap is going to happen and Ukraine is wishing they had kept 3 or 4 of those tac nukes. He has a time table, expect it to take about 2-3 weeks for the new forces to be in place, then they invade and NATO will do nothing. A hand shake and a wink 20+ years ago isn’t a treaty. COVID was Trump’s tough luck, foreign affairs are about to bite Brandon in the ass again. He’s making a big show threatening sanctions and is going to get ignored on the world stage. And this has the look of a possible thrust out of Belarus to take the capital.

I don’t think there is any doubt at this point it seems way beyond any type of hubris or posturing to move such material which is highly expensive just for show. There is also quiet a few videos like the one above of mass equipment movement into Crimea as well.

Better to bog Putin in the Ukrainian mud than hand him the land bridge to Konigsburg.

Check one for unchecked planetary heating: Ukraine remains unfrozen. The winter ice is very late, and the thaw may come as early as March. This would give Putin only two months to do what requires five or six.

Not actually overly concerned for the Ukraine beyond common disdain for armed aggression. The issue is Biden is spending international affairs capital. He will be ignored and it will be viewed as weakness. That isn’t good for anything with the real politic of the world.

The bottom one is Himmler’s, but there are non-Nazi sonnenraden, esp in Norway.

That being said, don’t need the symbologicalism to know the Azov Battalion are fascists. They openly declare it, as does their political wing.

Ah my Russian is finally good enough I can translate most of the talking on the video.

Starts with him saying “to be continued”

“Something serious is going to happen”

“I hope it’s not going to reach Tumen” - that’s a region in Russia probably where the video guy is from.

“I can see the soldiers and the ammunition”

“I cannot see tanks today they were couple in the beginning”

They continue to talk about seeing lots of ammunition.

I honestly don’t think Putin has the balls. There’s no point, y’know? He needed to keep access to the Black Sea. Kept it. That makes sense. This doesn’t.

Maybe he honestly considers himself a Bond villain at this point.

Because this is the kind of stupid crap a Bond villain would do.

I honestly don’t think Putin has the balls. There’s no point, y’know? He needed to keep access to the Black Sea. Kept it. That makes sense. This doesn’t.

Not sure what he gains from this.

Maybe he had been getting High on his own supply.

Not sure what he gains from this.

Maybe he had been getting High on his own supply.

All the chest beating is for domestic consumption. And he paid such a dear price to keep Sevastopol, a multi year economic recession, the only thing worth this would be if Ukraine was right about to join NATO like this second.

Maybe he honestly considers himself a Bond villain at this point.

Because this is the kind of stupid crap a Bond villain would do.

Putin is a whole bunch of things but stupid isn’t one of them.