Who's Setting The Agenda For The Democratic Party?

No appreciable number of academics in the US seriously believe that “only academics should direct the political courses of nations.”

“The development of a true consciousness is still the professional function of the universities.”

Who is actually doing it?

So, the DNC and Hillary were colluding with the Russians when they bought the dossier?

Ocasio-Cortez, Members Of ‘The Squad’ Appear To Have Been Arrested In Front...

Rep. Alexandria Ocasio-Cortez and other members of the far-left group "the squad" were escorted away from the Supreme Court Tuesday afternoon during a protest.

The question was about collusion, not a meeting. Perhaps you did not read the entire report

getting dirt on hillary.

do you not remember?

it was in all the news stories.

Ocasio-Cortez, Members Of ‘The Squad’ Arrested In Front Of Supreme Court | The Daily Caller

Why are they protesting the court? What do they expect to accomplish? Do they think the court will reverse itself if AOC squeals loudly enough?

Every term, a little more power… 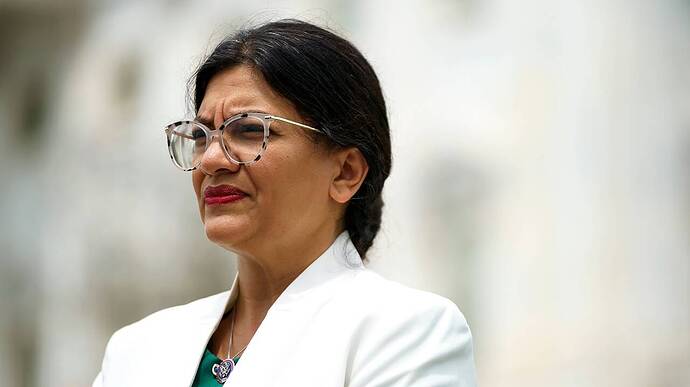 Reps. Rashida Tlaib (D-Mich.) and Cori Bush (D-Mo.), two progressive lawmakers who are members of the “Squad,” fended off primary challengers on Tuesday, making them favorites to win their third an…

Every term, a little more power…

They’re both classless pigs. Their clueless constituents will vote for them even though neither does anything to benefit their district’s residents. Both primaries were a joke, who opposed either of them?

Heck I bet even the I Love America faction is actually also part of the I Have Mixed Feelings About America faction too, they just play a game of cognitive dissonance where they pretend all the things they don’t like about America, like the left, or the federal government, aren’t part of the whole that is America.