Who Dis? Too far left to keep power?

So a pundit. And a bad one at that. Cool. I say Trumpism should absolutely hang their hat on Twitter stars.

Spot on. This is why Republicans are scared ■■■■ less of this young lady.

The obvious explanation is that men have literally never seen a woman in her 20s in the halls of Congress before. She’s attractive, telegenic and good at social media. She dances outside her Rayburn office. Conservative men are confused at being drawn to this bright rising star in the Democratic Party while loathing everything she stands for.

Ocasio-Cortez’s power is a direct threat to conservatives because her very existence in Congress as a young, Latina, working-class woman threatens to upend the social order that has kept white men in the ruling class for centuries. (Eighty-eight percent of House Republicans are white men, most are over the age of 50, and [the party’s voters are majority white and male. On top of that, she is using her position and platform to directly challenge that order ― to attempt to get money out of politics, raise taxes on the super-rich and level the playing field.

“She’s engaging attention and emotion in people at this visceral level,” Azarian said. “She has some combination of a lot of features that really seems to give her this ability to go viral. And I think that’s what Trump had.”

That’s why conservatives want and need to undercut her influence. And the most time-tested way to undermine a woman’s power is to sexualize her, to make her an object instead of an agent. A 2013 study by the Women’s Media Center found that merely discussing a female candidate’s appearance has a negative effect on her support from voters.

“The moment at which you turn someone into a sex object, you put yourself in a position of authority over them, which is why sexual harassment is classified as being a form of gender discrimination in the workplace,” Heldman said. “They are the object who exists for you, and you are validating their worth.”

I hope she is the future of the demented Democrat Party, she is a media darling so there are enough photo’s of her crazy bug eyed image to expose the craziness of the D Party.

What office has the GOP elected Owens to? LOL

Devaluing women, funny how Republicans don’t do the same thing to males.

The problem for these men is that Ocasio-Cortez doesn’t seem interested in what they think of her. She doesn’t seek attention for anything other than her policy ideas and ambition, even though Americans still seem to dislike power-seeking women. The typical strategies men use to devalue women ― “sexualizing, dismissing, controlling, teasing, criticizing, interrupting, psychopathologizing, humiliating, abusing,” according to one psychologist ― seem to bounce right off her. 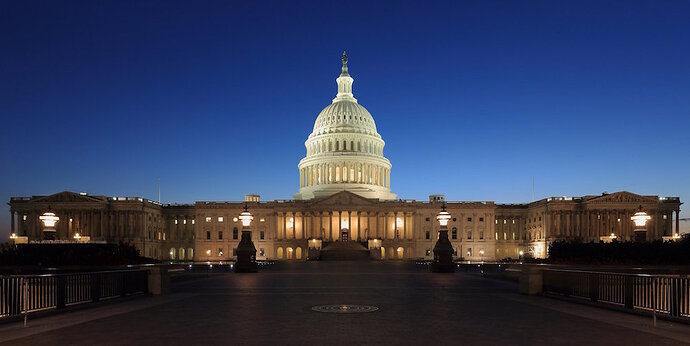 How Old is Congress?

Today the average American is 20 years younger than their representative in Congress.

How Old is Congress? | Quorum

I will ask again - where are the young fresh faces in the Republican Party.

Devaluing women, funny how Republicans don’t do the same thing to males.

I’m a woman and a Republican and YES INDEED I to the same to males!

For some reason the left is blind to Joe Biden’s name… He warning the seats dems picked up are not far left. I’m happy they compartmentalize him away…

It really does explain the complete and utter fear trump supporters have of this young lady…fascinating.

The idea that we fear her is silly. Dems fear her. That’s the story. Reps want her on the news every night… We love her.

You can virtually sense the fear dripping from every word Trumpublicans post about her.

The bottom line is they’re scared ■■■■■■■■ of her and what she represents.

Yes… we learn from Venezuela… 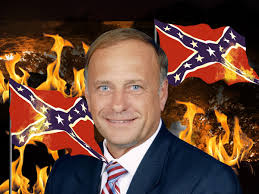 Did the outlet reach out to Joe for this comment or did Joe just spew it out in a press release?

It’s like watching Loni Anderson or Howard Hesseman or whoever that guy that played Les Nessman is beg for relevance.

You guys can leverage every pathetic insulting attack on this lady all you want. She’s young, she’s poor, she’s stupid, she’s radical, she danced with friends in college, she’s just a bartender, post fake nudes of her, misquote her, you’re so afraid of her but she doesn’t seem to be the slightest bit afraid of you.

You can virtually sense the fear dripping from every word Trumpublicans post about her.

The scariest thing about her is she’s a confident young woman. They HATE that.

Temporarily it will hurt the Democrats voters. In the long run, she’s physically
attractive, and the cool new thing on the block, so a lot of millennials will follow her.

Her ideals are already the Democratic Party bread and butter, they simply won’t admit
it because most Americans don’t want that yet.

Socialism starts with one Liberal Socialist Democrat (Bernie Sanders), now it’s gone to three. I wonder how many more Democratic Socialists the Democrats will elect in 2020?

He killed the public option in the ACA.

No one in the Democratic Party listens to him.

But Biden’s may be your next pres candidate.

Or Roberts invented the “not sales” tax. People don’t realize how dangerous that is…

No liberty in modern liberalism…

You finally came up with something witty in “the ‘not sales’ tax”.