What role should intellegence agencies have in US politics?

A recent interview confirms that officials as the FBI attempted to have President Trump removed based on alleged disability under the 25th Amendment:

Andrew McCabe, the former deputy director and former acting director of the FBI, told CBS’s 60 Minutes that meetings were held at the Department of Justice to discuss invoking the 25th Amendment to remove President Donald Trump from office.

The recent revelations are hardly unexpected. Earlier report show a pattern of similar behavior by unelected officials at the FBI and other agencies. For example, Trump was ridiculed when he claimed that his communications were being monitored, but reports later confirmed this to be correct:
"I think the president is absolutely right. His phone calls, everything he did electronically, was being monitored," Bill Binney, a 36-year veteran of the National Security Agency who resigned in protest from the organization in 2001, told Fox Business on Monday. Everyone’s conversations are being monitored and stored, Binney said.
https://www.usnews.com/news/national-news/articles/2017-03-07/nsa-whistleblower-bill-binney-says-trump-is-absolutely-right-about-wiretap-claims

The FBI apparently planted a spy in the Trump campaign with the help of British intelligence:
A Cambridge professor with deep ties to American and British intelligence has been outed as an agent who snooped on the Trump presidential campaign for the FBI . . .(https://nypost.com/2018/05/18/trump-accuses-feds-of-planting-spy-in-his-campaign/).

Evidence is that information collected by intelligence agencies was relayed to the Obama administration for political purposes:
We have found evidence that current and former government officials had easy access to U.S. person information and that it is possible that they used this information to achieve partisan political purposes, including the selective, anonymous leaking of such information,” Nunes wrote in the letter to Coats 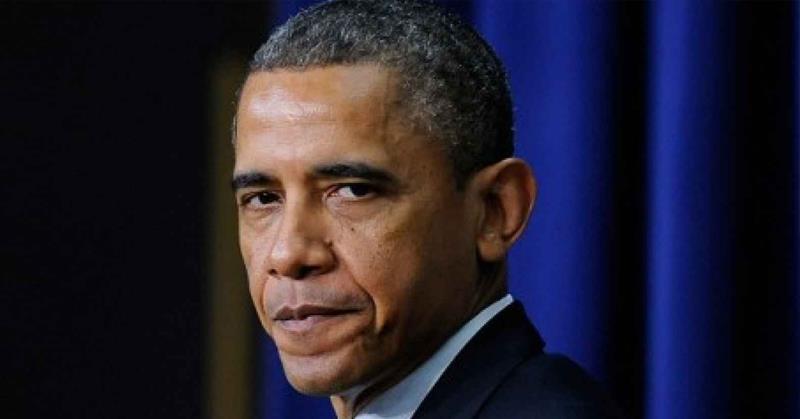 It was so much worse than we thought.

For reference here is one of the articles of impeachment against Richard Nixon:
He misused the Federal Bureau of Investigation, the Secret Service, and other executive personnel, in violation or disregard of the constitutional rights of citizens, by directing or authorizing such agencies or personnel to conduct or continue electronic surveillance or other investigations for purposes unrelated to national security, the enforcement of laws, or any other lawful function of his office . . .
http://watergate.info/impeachment/articles-of-impeachment

Clear evidence is that surveillance information has been used for political purposes that go far resource that go far beyond what was even technically feasible in during the Nixon administration.

Should government surveillance agencies (both domestic and foreign) play an active role in US politics?

If so should there be a formal process that presidential candidate receive a blessing of the state security apparatus before they are allowed on the ballot?

Apart from the fact that this has all been hashed out in other threads, and will probably wind up rolled into them;

Putin is the former head of the KGB. That is no accident.

Are we headed the same way here?

That is the point of the thread.

The FBI on Saturday released a redacted version of its previously classified foreign surveillance warrant application on Trump campaign foreign policy adviser Carter Page, which has been the subject of a heated partisan debate over the FBI's tactics...

That Putin spent years honing the skills that would enable him to manipulate Trump into becoming his lapdog? Yes, I think we’re on the same path to Resignationtown via Impeachmentville.

Pick a better hero than Carter Page. While he was communicating with the Trump campaign, the FBI believed he conspired with the Russians. Not a hill you want to die on.

Who is Carter Page, the Trump ex-adviser at the center of the memo furore?

The memo describes how the FBI conducted surveillance on Page, who was a foreign policy adviser on Trump’s campaign 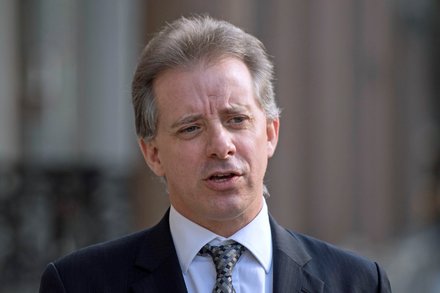 A lawyer for Hillary Clinton and the Democratic National Committee funded research that was included in memos linking the Trump campaign and Russia.

If the government surveillance were an apolitical search to understand alleged foreign influence and “collusion” in US campaigns, then where are the FISA warrants for surveillance of the Clinton campaign?

The admission from McCabe that the FBI was attempting to subvert democracy and the rule of law abusing its powers. Hillary Clinton pointed out similar abuses in Putin’s Russia when she was Secretary of State:

The verdict “raises serious questions about selective prosecution – and about the rule of law being overshadowed by political considerations,” U.S. Secretary of State Hillary Clinton said in a statement that appeared to chide Medvedev for failing to carry out judicial reforms. 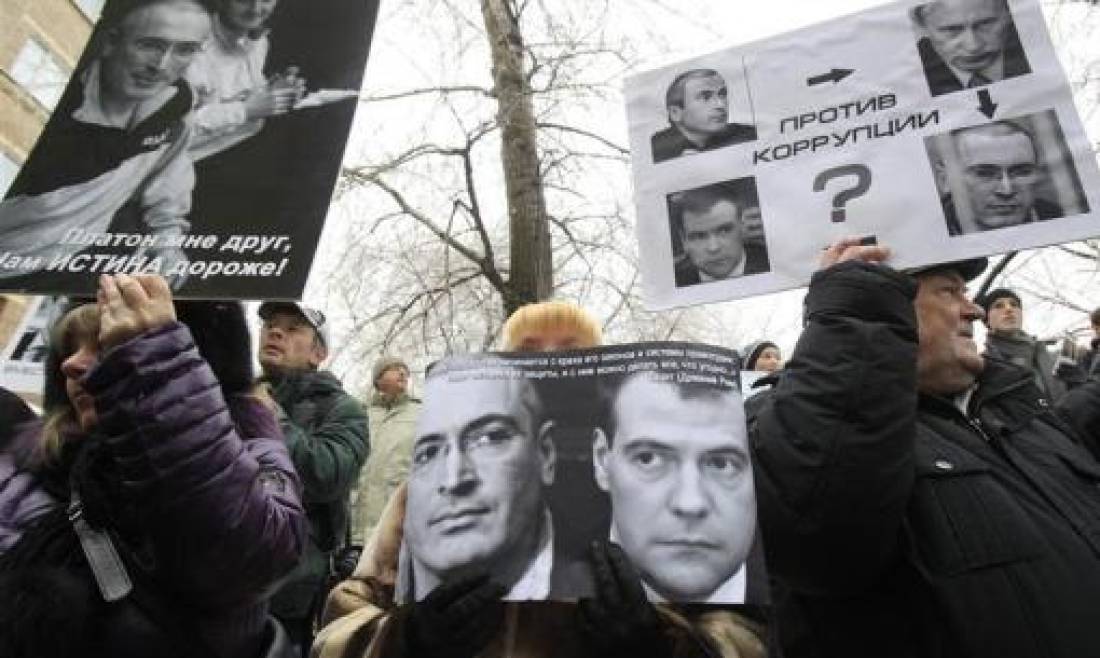 Khodorkovsky is found guilty in test for Russia

The security state in the US appears to be using the Russian model of politics under the guise of saving US democracy and protecting us from Russian influence. How ironic.

What are you…like one year behind on your Deep State News reading?

But beyond that, the dossier hasn’t been debunked. (That should have been linked so I’ve done so at the bottom link.)

So the dossier has been damaging to Trump. And more allegations will likely be confirmed. Get ready for that.

It's a document that became so famous — or infamous — in the two years since its existence was reported that it's now known by a simple two-word phrase: the dossier.

The recent revelations about FBI’s attempt to remove the President from office simply confirm what was already apparent back in 2017 and earlier.

Democrats and the mainstream media seem to be fine with the gross abuse of surveillance powers so long as the abuse is directed towards Trump and his supporters. At the same time they still view the relatively puny attempts by Nixon use surveillance against his opponents as the worst example of abuse of power in American history.

My opinion is that the abuse by surveillance state continues to be the greatest threat to American freedom and democracy.

It’s a good thing when there’s evidence that Trump people were in suspect contact with Russian intelligence operatives. You would know that’s true, if it were Obama, or Clinton. But it was Trump, so you weirdly, magically don’t know it’s a good thing. Weird.

The recent revelations about FBI’s attempt to remove the President from office simply confirm what was already apparent back in 2017 and earlier.

Democrats and the mainstream media seem to be fine with the gross abuse of surveillance powers so long as the abuse is directed towards Trump and his supporters. At the same time they still view the relatively puny attempts by Nixon use surveillance against his opponents as the worst example of abuse of power in American history.

My opinion is that the abuse by surveillance state continues to be the greatest threat to American freedom and democracy.

As was said in another thread (link below) that has this same topic in there, discussions about bringing in the 25th Amendment were perfectly legitimate and legal. Here’s the text of the amendment to put some accuracy in this thread about what it contains and a link to the other thread. Maybe the mods should merge this into the other one.

AMENDMENT XXV
SECTION 1
In case of the removal of the President from office or of his death or resignation, the Vice President shall become President.

SECTION 2
Whenever there is a vacancy in the office of the Vice President, the President shall nominate a Vice President who shall take office upon confirmation by a majority vote of both Houses of Congress.>

Two competing stories from the New York Times and Washington Post show Andrew McCabe and members of the Justice Department were so concerned about President Trump’s actions relating to his firing of Jim Comey and the President’s Russian connections that they considered getting members of the Cabinet to invoke the 25th Amendment to remove him from office. McCabe’s remarks came during an interview for “60 Minutes” that will air on Sunday. From the NY Times story: “I was very concerned that I w…

The dossier came from a foreign intelligence officer, Christopher Steele. The information and/or misinformation contained in the dossier, by its own admission, came from Russia, and the Democrats paid for it. If that is not evidence of foreign collusion, what is?

Where is the FBI investigation of the Democrats?

As far as the claims in the CNN article, here is the best spin they can put on it:

The most salacious claims in the dossier remain unproven two years after it first burst into the public conversation, but many of the allegations that form the bulk of the intelligence memos have held up over time, or have proven to be at least partially true. . .There still isn’t any public evidence to confirm the explosive claim from the dossier that Cohen secretly met Russian officials in Prague to coordinate Kremlin interference in the election and do damage control if the alleged collusion was exposed or if Clinton won.

In fact there is ample evidence that refutes the dossier’s claim that Cohen was in Prague: 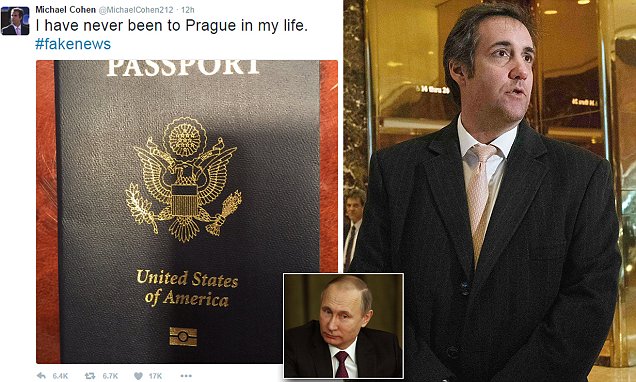 Trump's lawyer WAS NOT in Prague when dossier says he was

Witnesses also told the Washingtonian that Michael Cohen was in California with his son the day the report says he was in Prague meeting with Kremlin officials.

Of course CNN continues to support the claim that Cohen went to Prague even though it admits there isn’t any public evidence to support it. I guess that they could even claim the dossier is “partially true” about this claim if it correctly identifies Prague as the capital of the Czech Republic.

The Russians have a history of working to sow confusion and discord in the US, and Democrats and their friends in the media have been willing accomplices. They continue to cite the Democrat-funded, Russian-supplied dossier assembled by a foreign agent as fact even though there are clear examples where it contains false and unverified claims.

The role of intelligence agencies in politics should be ZiP, ZERO, NADA!!! They are not elected officials/politicians and should operate as apolitical organizations.

This is what was broken & corrupted in the top ranks (not the rank & file) of agencies like the FBI, DOJ and CIA under the previous Administration and that is what taints the Mueller investigation.

Yes. The continued abuse of surveillance powers by the federal intelligence agencies as huge threat to the future of democracy and the rule of law in the US.

Where does the constitution say that the FBI has the authority to initiate the removal of the president?

The constitution is clear the President’s authority includes firing the head of the FBI. Even Comey admitted that:

Comey said in a letter to staff that the president had the full authority to fire him.

That some of the dossier is unproven doesn’t mean they aren’t true. More and more of it has been confirmed as the investigations continues … like the Trump Moscow connection which supporters had been calling a nothing burger. Nope.

Close observers of special counsel Robert Mueller's Russia probe can't stop talking about whether Cohen has ever visited Prague, the capital of the Czech Republic. 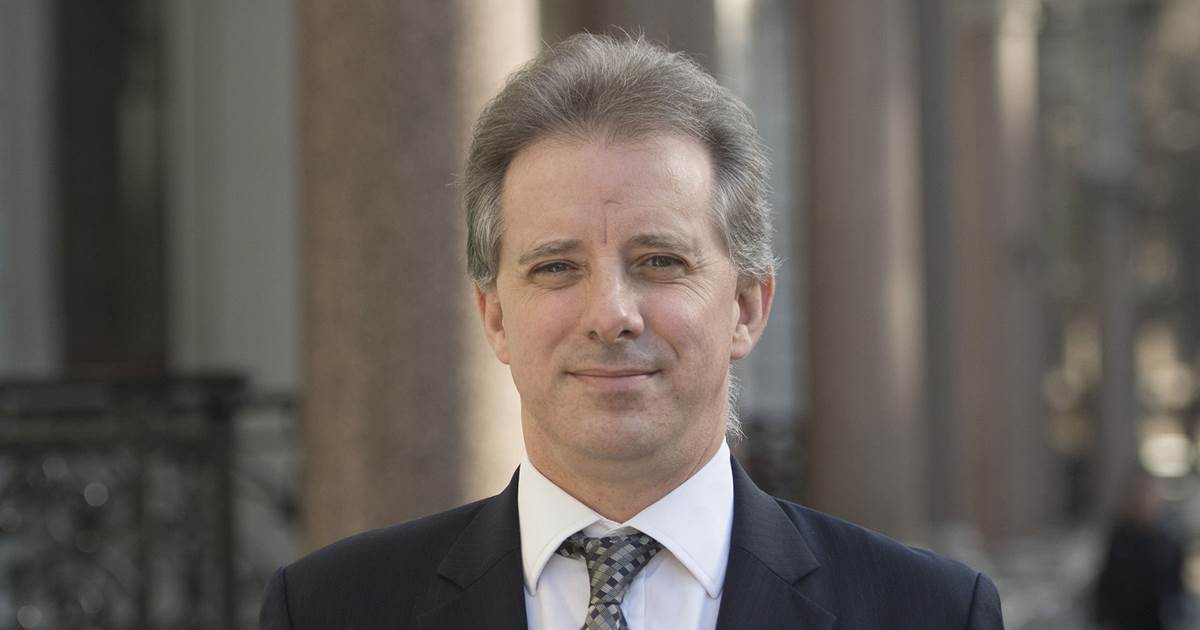 The 71 pages of correspondence with former British spy Christopher Steele are heavily redacted.

Close observers of special counsel Robert Mueller's Russia probe can't stop talking about whether Cohen has ever visited Prague, the capital of the Czech Republic.

Putin is the former head of the KGB. That is no accident.

Are we headed the same way here?

That is the point of the thread.

No it’s not. The point is to remind the haters (again!) about Hillary Clinton.