as two Los Angeles sheriff’s deputies fighting for their lives in ambush/assassination. Both shot in the head as they sat in their vehicle. One male and on female. Update: The gunman walked up on the deputies and opened fire without warning or provocation. https://t.co/cBQjyKkoxJ

This is lefts war against our civilization. Between assassinating Trump supporter and now this attempt to assassinate two cops…all the while intimidating anyone and everyone that dares to speak out against those left-wing social paths. 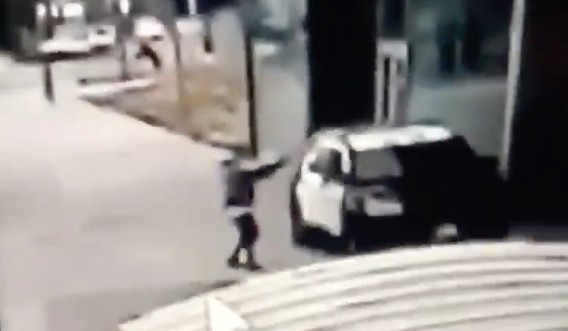 After two deputies were shot and left in critical condition Saturday night, the Los Angeles County Sheriff’s Department released surveillance footage that appears to show the shooting in Comp…

Again you post a video and label it Left-wing/Antifa/BLM caused event with no proof. This is just getting silly.

Where the proof that this was BLM/Antifia motivation?

This looks to be one of the many ways for a potential gang member to be initiated into the gang. Kill a cop, kid, adult woman, etc.

That unfortunately exists with or without BLM

I don’t know who did the shooting. If I had to guess, it’s only a guess, I would say it was the right wing group Boogaloo Boys. You know, the group that already slaughtered two cops this summer. The group that wears Hawaiian shirts to signify a dish at a luau.

How is this related to Antifa or BLM? How do you know the political views of shooter?

It doesn’t feel that long ago that people raced to declare it Islamic terror before there were any facts. At least the heart’s in the right place.

The title of the thread is false.

I can wait till the perp is caught to make a final determination but no one…NO ONE…can deny the shameful rhetoric of BLM “pigs in a blanket, fry em like bacon”. This shooter put those words into action…period.

The mob gathered at the emergency entrance of the hospital screaming: “hope they die hope they die”.
Bet LA Sheriff Villanueva appreciated that.
Target assassinations of LEOs was the MO of the Black Liberation Army that murdered 13 police officers between 1970 and 1974.
Welcome to the revolution Sheriff!

And this is a major problem in our country right now. We have people ramping up rhetoric because they assume certain things instead of looking at actual data.

Were these officers from the same prescint with the reported police gangs with Nazi themed tatoos and under investigation by the FBI?

if they were did they deserve this?

And this is a major problem in our country right now. We have people ramping up rhetoric because they assume certain things instead of looking at actual data.

They don’t need no stinking data!

if they were did they deserve this?

If they are guilty of what they are accused of? Tough call.

Executioners’ after executing members of the public, or otherwise committing acts of violence in furtherance of the gang," the claim reads. A WHISTLEBLOWER cop has claimed that his LA police department has been taken over by a gang known as the ‘Executioners’ – who bear Nazi tattoos and make illegal arrests. Deputy Sh…

Go find out and update us. Sounds like you could use something to do.

cool. keep defending thugs walking up to random cop cars and shooting them in the head

Proof the shooters are Antifa/BLM? Because of course, cops never got shot until those organizations came into existence.

We know for sure one wasn’t a member.

Hmm. Well, I don’t see a “Nazi” reference in that tat. No swastica, the helmet isn’t a “Fritz”.
One of my boys has a tat similar to that one complete with the flames in the background, helmet but the skeleton has crossed arms and smoking pistols. He and his friends all got them, they’re not cops. I think the complainer didn’t want to be an “Executioner”, his lawyer has (typically) embellished the complaint and maybe the deputy has a problem with the tattoo needle?