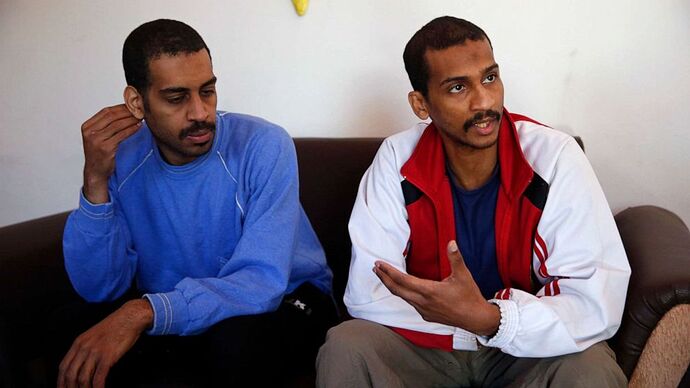 2 ISIS 'Beatles' transferred from Syrian prison to US military custody

The U.S. military has taken custody of two notorious ISIS fighters known as "The Beatles" and moved them to "a safe location" as Turkey's military forces move into Syria.

Alexanda Kotey and El Shafee Elsheikh, two members of the ISIS Beatles Cell will soon arrive in the Eastern District of Virginia for prosecution at the Alexandria Courthouse. One member was previously killed in a drone strike while the remaining member is currently held in a Turkish prison. Both men were transferred from Kurdish to United States custody two days ago and are currently in an undisclosed location.

Glad to see that they are going to trial in the Article III Courts and not to Guantanamo Bay.

I believe both are currently under sealed indictment in the Eastern District of Virginia.