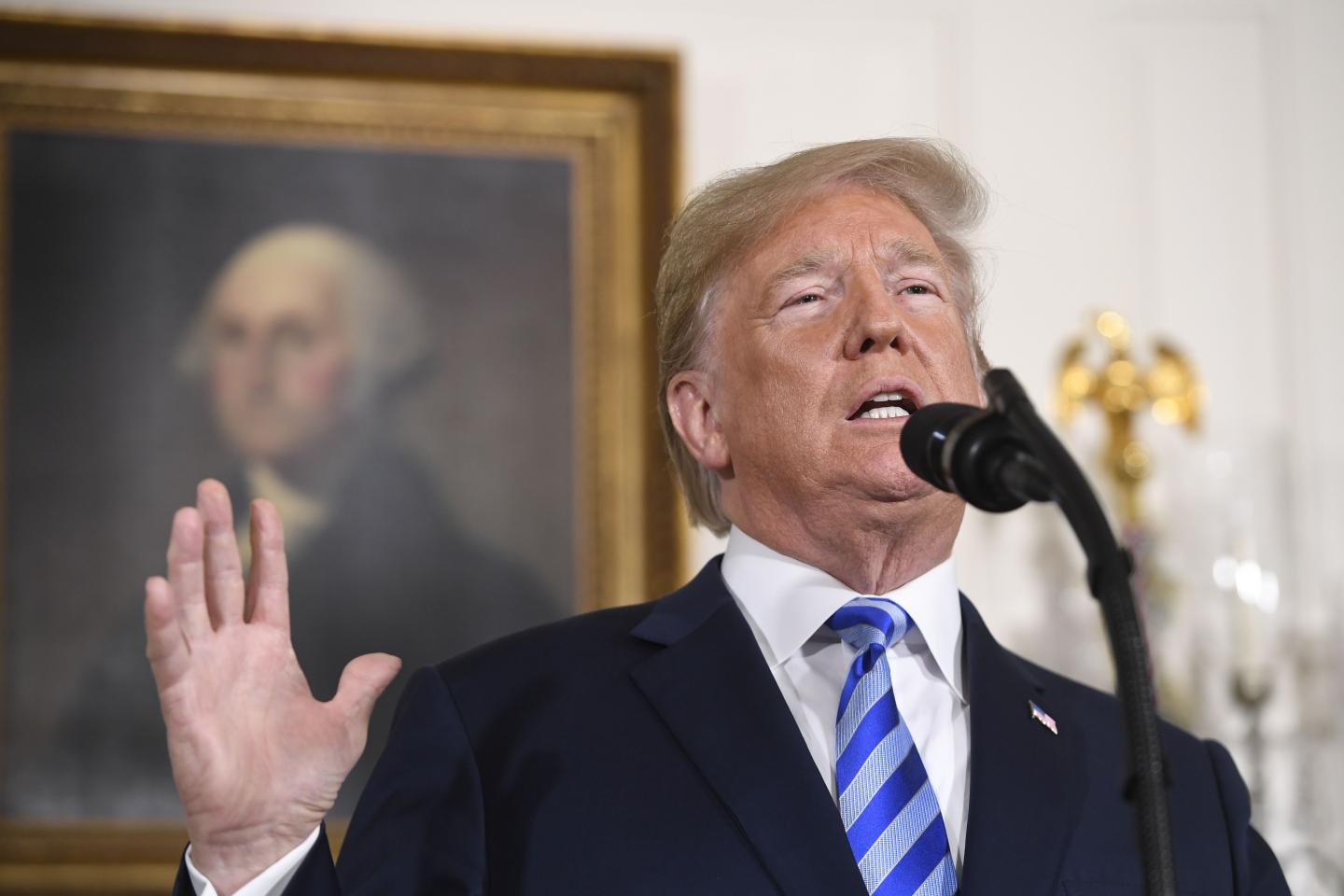 “I highly doubt that he will unblock us,” Eugene Gu, one of the seven plaintiffs, said.

Is President Trump above the law?

There was no court order, therefore he has not done anything “above the law”.

it depends on what the meaning of … block is.

Trump is something else.

Typically it would be applicable from the ruling onward. They might have to get a second opinion that they have to be unblocked.

(havn’t read the ruling, but that’s typically how it would work.)

Typically it would be applicable from the ruling onward. They might have to get a second opinion that they have to be unblocked.

(havn’t read the ruling, but that’s typically how it would work.)

I haven’t read the ruling but the reason I made my statement was an article I saw where the judge said they were not issuing an order but expected that the President would stop blocking anyway.
My guess is that the judge did this because if Trump just willingly obeyed the opinion, there would be no grounds for appeal.
Judge didn’t know Trump.

A 12yo adulterous president backed by family values and law & order republicans.

I warned you guys what these people are really like and how they’ve been faking stuff forever. I was 100% correct. Again.

For someone with such a racist extended circle, you sure are right a lot. How is it that you are so superior to everyone you ever met or know? Why are you not in charge of the Ministry of I told You So of Centgov?

Can you show the law or the order please?

This was a stupid ruling.

This was a stupid ruling.

Pretty sure you don’t get the choice to ignore a court ruling if you think it’s “stupid.” Even the president. If he wants to plead stupidity, more power to him.

I don’t understand how @real is a government account. Isn’t there a separate WH account? Or is the judge saying that if you are a politician you can’t have a personal life as well? Should this apply to all politicians? How about all government workers?

This reminds me of the one court case where it was ruled that some men who had learned of a bug in video poker could not be charged of a crime for pressing buttons they were legally able to press.

Does Twitter allow any user to ignore / block other users?

Then as a matter of their own private regulations anyone can use a feature they provide.

This courts ruling was nothing more than a judge sticking his thumbs in Trump’s eyes. The ruling has no foundation in law.

The judge acknowledged that the account started as a private one. However, it has since morphed into a public/government account.

The President and Scavino’s control over the @realDonaldTrump account is also governmental. The record establishes (1) that the Case 1:17-cv-05205-NRB Document 72 Filed 05/23/18 Page 43 of 75
44 @realDonaldTrump account is presented as being “registered to Donald J. Trump, ‘45th President of the United States of America, Washington, D.C.,’” Stip. ¶ 35; (2) “that the President’s tweets from @realDonaldTrump . . . are official records that must be preserved under the Presidential Records Act,” Stip. ¶ 40; see 44 U.S.C. § 2202 (directing the retention of “Presidential records”; id. § 2201(2) (defining “Presidential records” as those created “in the course of conducting activities which relate to or have an effect upon the carrying out of the constitutional, statutory, or other official or ceremonial duties of the President”); and (3)
that the @realDonaldTrump account has been used in the course of the appointment of officers (including cabinet secretaries), the removal of officers, and the conduct of foreign policy, Stip. ¶ 38
– all of which are squarely executive functions, see U.S. Const. art. II, § 2, cl. 2 (appointments); Free Enter. Fund v. Pub. Co. Accounting Oversight Bd., 561 U.S. 477, 492-93 (2010) (relating the President’s removal power to “his responsibility to take care that the laws be faithfully executed” under Article II, section 3,
clause 5 of the Constitution (emphasis omitted)); Zivotofsky ex rel. Zivotofsky v. Kerry, 135 S. Ct. 2076, 2090 (2015) (“The President does have a unique role in communicating with foreign
governments . . . .”). That is, the President presents the @realDonaldTrump account as being a presidential account as opposed to a personal account and, more importantly, uses the Case 1:17-cv-05205-NRB Document 72 Filed 05/23/18 Page 44 of 75 45 account to take actions that can be taken only by the President as President. Accordingly, we conclude that the control that the President and Scavino exercise over the account and certain of its features is governmental in nature.

If an elected official decides to use a previously private account for government reasons (and further acknowledges doing so), then that account becomes public/governmental.

Good thing he didn’t use his own server for government work, otherwise critics would be really howling if he tried to make it disappear.

Hey, if Trump can use a private account should people be upset when someone, oh, I don’t know, uses a private server?