After getting angry about this man calling him “Fredo” cuomo tells the man that “punk ass bitches from the right” call him Fredo. cuomo then proceeds to tell the man that he will “ruin your ■■■■■ and “throw you down these stairs like a ■■■■■■ punk”. 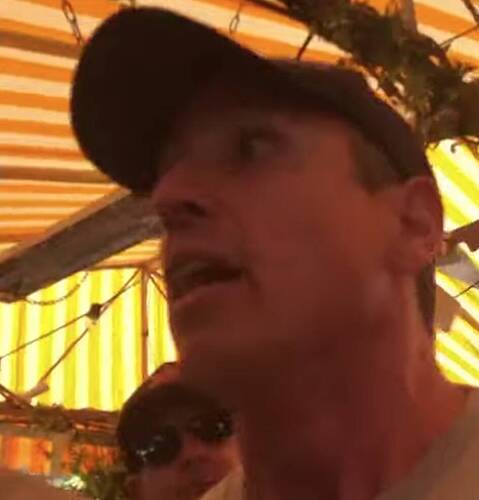 An unverified video of CNN anchor Chris Cuomo went viral Monday night, showing him cursing and threatening a man who apparently taunted the host by calling him "Fredo."

cuomo also goes on to invent a new “ethnic slur”, and compares the use of the word “fredo” to the n-word.

This guy is an out of control deranged psycho, and he’s getting paid by a network to “report the news”.

You can bet he’ll face no consequences for threatening one of the little people.

What a tough little bitch. lol

Don Jr has been called the same thing.

But I don’t see how the nickname applies to Chris Cuomo. He’s a pretty successful anchor on one of the biggest channels in the world.

Sure he used his family name to his advantage and isn’t a governor, but he could have done a lot worse.

Look at his smug look on his face. Standing there in that hat. Violent threats and filth spewing from his mouth.

His whiteness protecting him from any repercussions.

Third post of the thread (according to the scroll bar on the right):

Why is this in Politics?

Why is this in Politics?

An achor from a major news network (and member of a prominent DEMOCRAT) family, just made a violent political threat against what he calls “right-wingers”.

And in this climate.

And in this climate.

Trump told his audience to knock the crap out of someone.

After the way we’ve all watched our president treat people and talk over his entire lifetime, and if I voted for and support him, I would also be looking for every video I could post of anyone acting badly to take the focus off of what a vile human I support.

This stuff is totally predictable.

Cuomo took the bait and acted like an ass.

Cuomo really should be sitting in jail right now for threats of physical violence against the man, and CNN should fire him. That sort of ■■■■ shouldn’t be acceptable from anyone-anchors, politicians, police, presidents. We shouldn’t accept it from anyone.

As a show of solidarity with those offended, I will continue to not tune in to CNN or Cuomo.

TRUMP! made him do it!

Someone ■■■■ talked him, Cuomo ■■■■ talked back. Not seeing an issue here. After all, he’s not the President or running for office, he’s just some dude.

Will there be repercussions from the CNN or an award for Trumpophobe of the year?

It has become a thoughtless involuntary reflex.

Meanwhile we have the politically privileged Cuomo kin making personal threats of harm on camera.

There must be repercussions. Matt Lauer got banned with less evidence.