Trey Gowdy tells Pres. advisers to quit if POTUS won't listen to them 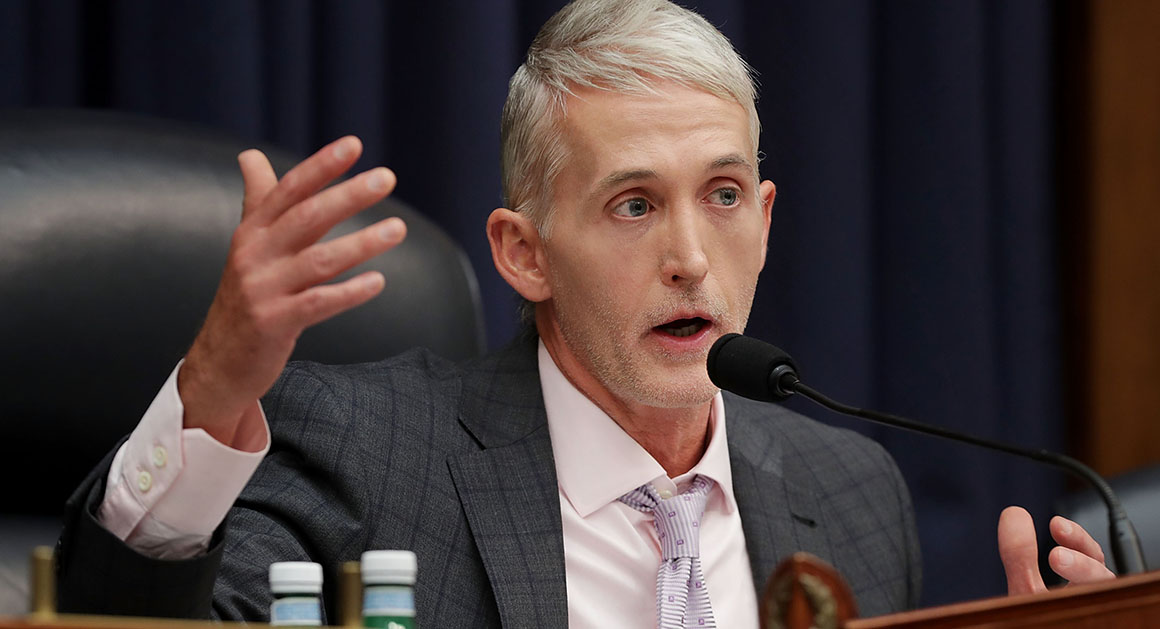 The South Carolina Republican chastised Trump for inviting Putin to Washington this fall.

“The fact that we have to talk to you about Syria or other matters is very different from issuing an invitation,” Gowdy said on “Fox News Sunday” of the Putin invitation, which the White House confirmed last week would be extended for the fall. “Those should be reserved for, I think, our allies.”

“It can be proven beyond any evidentiary burden that Russia is not our friend and they tried to attack us in 2016,” Gowdy told host Bret Baier. “So the president either needs to rely on the people that he has chosen to advise him, or those advisers need to reevaluate whether or not they can serve in this administration. But the disconnect cannot continue.”

Strong words from Gowdy. Wish more GOPers would stand up and say this kind of stuff.

Trey is part of the freaking swamp, screw him.

Strong words from Gowdy. Wish more GOPers would stand up and say this kind of stuff.

They only speak up after the choose not to run for reelection.

Profiles in Courage they are not.

Trey is part of the freaking swamp, screw him.

I began suspecting him when he said he would have voted to keep Boehner as speaker.

It seems to me there is a second swamp growing in Washington…there is the typical Washington Swamp…full of politicians. And the the new swamp, quickly filling up with Trump supporters from outside of Washington, people who feel that Trump is being Trump because that is what the second swamp needs to do to drain the first Swamp.

Question is…Is what is left a better or worse situation. Politicians who don’t care vs Political people who are not stable enough to be making political decisions?

This is what Trump supporters voted for. Everyone knows that you have to burn the house down if you’re going to change the way we do things in Washington. No pain, no gain. Trump is going to rebuild America in his image in the same way he remade the Republican Party in his image.

Trump is going to rebuild America in his image

Trump is going to rebuild America in his image

That pretty much characterizes most Trump supporters I’ve met. Oh, and you forgot xenophobic.

We may not be bosom buddies with Russia or Putin, but why should that mean we should not try to become friends or just reluctant allies?

Because our goals are not aligned.

I’m not terribly interested in making Russia’s goals our goals.

Almost every ally we have today, did not start off that way. Even some who started off as allies became enemies then became allies again. Quit with the stinkin thinkin.

How do you propose we align Russia’s interests with ours? Or vice versa?

Every ally we have today, we have because at some point, our interests became aligned.

Our interests and Russia’s are not aligned. There is no magic way to “align” them, because Putin is seeking to increase his power at our expense.

Economically, militarily. We don’t have to be kissy kissy, just reluctant allies. Lots of people out there that have little love for either of us.

What does this mean?

Economically how?
Militarily how?

How should we be allies? What is the goal?

You are over thinking things. Putin has no desire for more power, just wants to insure the future of Russia for the Russian people. We should be able to understand that.