Transgendered men should have every right to go into a woman’s locker room, and bathroom right?

Transgendered Men should have every right to stay at a Woman’s Abuse Shelter right?

If you believe this, simply vote for the Politically Correct Democrats on November 6th.
If you don’t believe this, you may want to vote Republican, otherwise if the Democrats win the House or Senate these things will happen on a regular basis.

"Canada’s progressive laws forbid “discrimination” against people who are trying to live as members of the opposite sex. That legal rule gives them legal authority over women and men who prefer to live, work and socialize with their own sex. The Canadian law even backs men who merely say they are “transitioning” and have not undergone sex-change surgery.
The second woman, Blaine, said the man’s arrival denies women any distance from men. “Some women have had bad experiences with men so they are fleeing men and now we have a man living there,” she said.
Blaine highlighted the central issue created by the transgender advocates’ demand that men and women be freely allowed to change their legal sex to match their self-selected “gender identity,” regardless of biology.

If enacted via the U.S. courts, the “gender identity” definition of legal sex would effectively eliminate single-sex facilities and institutions — such as bathrooms and showers, sports leagues and women’s shelters — because a man could simply say he has a female “gender identity” and then legally walk into the women’s facility, including a shower room." 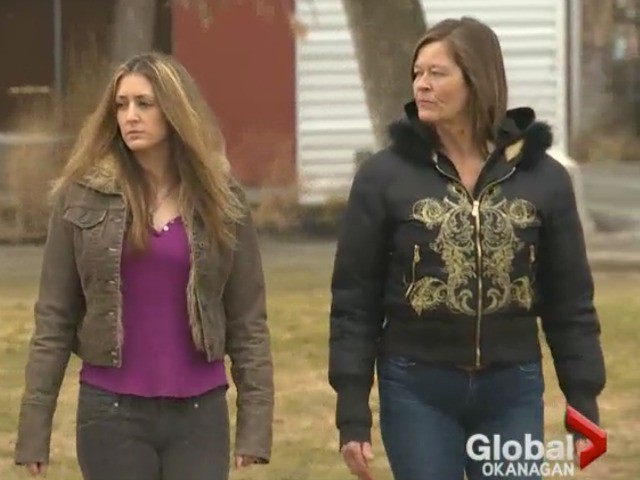 Women Kicked Out of Women's Shelter to Make Room for a 'Transgender' Man |...

Two women were kicked out of a homeless shelter to make room for a man because he said he is a transgender woman, according to a Canadian news report. | Politics

How many transgendered people do you know?

Because people are engaged in crazy: if you know them or care about them that doesn’t make them sane. Same if someone is engaged in perversion: caring about them is not reason to change your views on right and wrong.

Where did you get the authority to determine what constitutes crazy?

I’m glad more Republicans are deciding not to hide their prejudices any more.

Some crazy is patently obvious.

Unless you’ve let the demands of PC nitwiterry help shove your head up your can.

Do you know any transgender men or women? Or are you just scared of them because of your own ignorance? Just be honest with me. OK?

Because you realize that they aren’t interested in attacking your daughter in the girls locker room. I do have an issue with the women’s shelter. They are there to be kept away from men because it is a safe place. My company often has several catered events per year. We often take the left over food to our neighbor down the road which is a women’s shelter. I, as a man, am not even allowed to enter their lobby to drop food off.

I can see a reason for even transgender men not being allowed in a women’s shelter.

Because people are engaged in crazy: if you know them or care about them that doesn’t make them sane. Same if someone is engaged in perversion: caring about them is not reason to change your views on right and wrong.

There is a perception of what it means to be transgender. So that is why I ask how many do you guys know?

Hurry, somebody find a story about a transgender man going into the women’s bathroom and assaulting somebody. My anger is simmering, but I want it to be hopping. I’ve got a lot of work to do today.

Transgendered people have been using the bathroom since there were bathrooms. You sound skeert.

Hurry, somebody find a story about a transgender man going into the women’s bathroom and assaulting somebody. My anger is simmering, but I want it to be hopping. I’ve got a lot of work to do today.

The intersection of Canada and Transgenders is Jordan Peterson.

Does that work for you?

Why should that matter?

Why should that matter?

I know quite a few. Currently working on a show for Netflix that is about LGBTQ characters that are played by LGBTQ people, written by LGBTQ people and has the most sizable contingent of LGBTQ people I have ever worked… up and doen the chain.

It matters because there are perceptions of what being Transgender is and then there is the reality.

People used to say being gay was crazy.

People used to say being gay was crazy.

That was a lot of LGBTQ’s on a couple of sentences.

People use to be able to go to bed with their doors unlocked.

Now a lot of people live in fear, thanks to the Obama Presidency and the Democrats
trying to destroy the country and create Anarchy.