Looks like fox is watching some of the other media. Love the examples–

as recently as February, a New York Times fact-checker of Trump’s State of the Union speech tweeted: “President Trump described illegal border crossings as a ‘urgent national crisis.’ This is false."

no less than The New York Times declaring the border crisis at “breaking point.”

Anther one from then

The Washington Post’s editorial board said “there is no crisis” at the border and called Trump’s national emergency declaration “untethered from truth and reality” and a “make-believe emergency.”

The Post caught up with the Times’ first report, admitting the crisis at the border only about three weeks later, printing an article titled “U.S. has hit ‘breaking point’ at border amid immigration surge, Customs and Border Protection chief says.”

If the media starts to change, what does that do to the Dem’s who are open boarders, we don’t need a wall, there is no crisis? 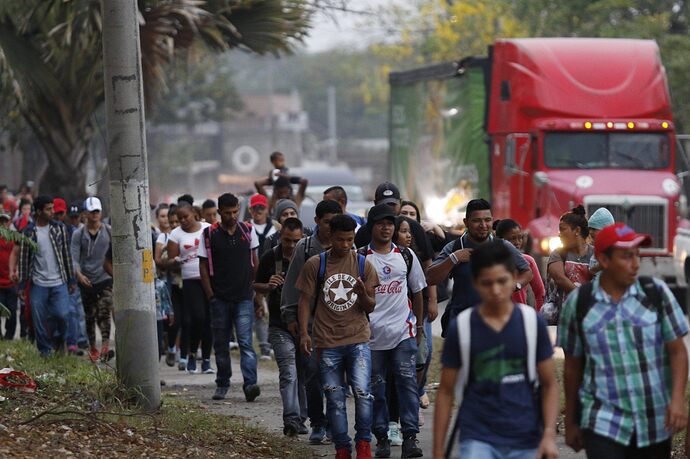 From 'no crisis' to 'breaking point': Mainstream media outlets change their...

Months after repeatedly dismissing and mocking President Trump’s claim of a national emergency at the Southern U.S. border, mainstream media is grappling with the reality, declaring the border crisis a “breaking point.”

There is no crisis at the border, Vietnamese boat people was a crisis.

If there is anything resembling a “crisis” it is one of Trump’s own making. His rhetoric has done nothing but cause more desperate people to try to get in before his idiotic wall goes up.

If there is anything resembling a “crisis” it is one of Trump’s own making. His rhetoric has done nothing but cause more desperate people to try to get in before his idiotic wall goes up.

and yet the Democrats would never do anything to stoke Fear amongst Americans
or try and provoke Racism, Sexism in today’s society, considering those
are some of the only things that they have left to run on any more, is only “identity
Politics” in general.

Pretty much this has been happening for decades hardly a crisis.

Pretty much this has been happening for decades hardly a crisis.

I wonder what is considered a National Crisis to Democratic Politicians?

Nothing is a crisis, unless the Liberal Fake News Media and Democrat
Politicians says it is, correct?

Cortez and the Dems say that we’re ganna die in 12 years, and that the Myth
of “Global Warming” is a crises. Than again, the Dems have been saying
that the World was going to come to an end for over 40+ years now, and
we’re still here magically! lol.

Do you want to know about a real crisis there is a genocide happening in Myanmar they are burning babies, raping woman, and mass murdering people.

people are being sold as slaves on the streets of Libya right this moment.

people are being sold as slaves on the streets of Libya right this moment.

Yeah, and if the borders were closed and we had a wall, there’d be a lot less sex trafficking. At least
coming in and out of America.

The last “Invasion” caravan was about 1,000 people by the time it made it to America… crisis my ass.

And the US is suspposed to do what on that?

How about we take care of our own borders first.

better to have open borders with sex trafficking, tons of illegal drugs, and
protection for criminal illegal aliens through Sanctuary Cities!?

And what is the US supposed to do about that?

You really wouldn’t since based on FBI report most sex trafficking victims in the U.S come legally on fake VISAs mostly from Asia.

How many caravans have arrived at the border? And another one making it’s way through Mexico now. How many more do we need to have show up at the border to call it a crisis?