Tinfoil Trump is at it again

So this morning, Trump continued his crusade to try to prove that the Obama had the FBI spy on him. After Andrew McCarthy’s Fox appearance this morning where he stated:

Trump proudly echoed the thing he saw on Fox, as usual:

“Wow, word seems to be coming out that the Obama FBI “SPIED ON THE TRUMP CAMPAIGN WITH AN EMBEDDED INFORMANT.” Andrew McCarthy says, “There’s probably no doubt that they had at least one confidential informant in the campaign.” If so, this is bigger than Watergate!” 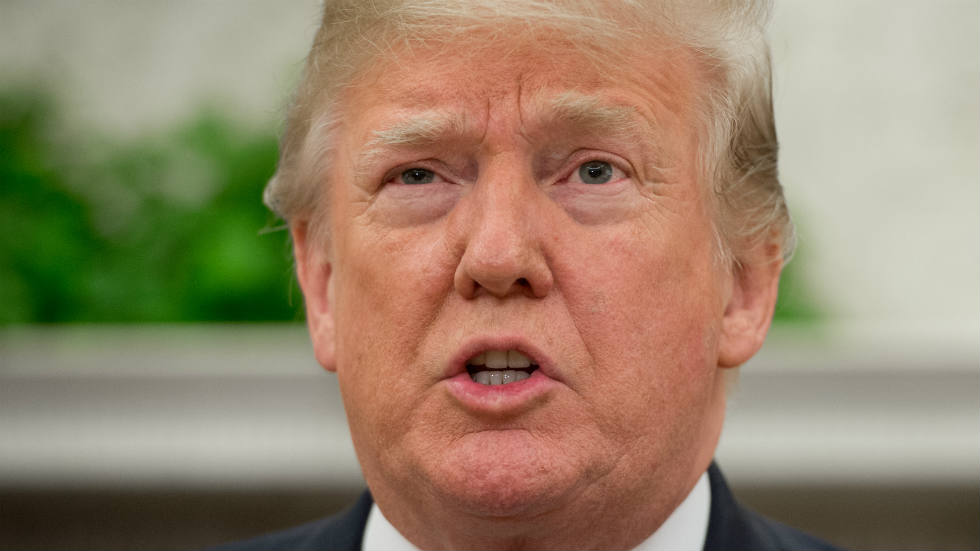 Trump: Report that Obama FBI spied on campaign could be 'bigger than Watergate'

President Trump on Thursday touted a report saying the FBI under former President Obama spied on the Trump campaign during the 2016 presidential race, saying that the revelation could be "bigger than Watergate."{mosads}

So now the latest claim is that the Obama FBI had an informant inside Trump’s campaign to spy on him. And apparently it’s bigger than Watergate.

It’s amazing that McCarthy’s “probably no doubt” was taken as gospel by Trump, and no doubt we’re going to see some devout Trump monks parroting the claim going forward. Count on that.

The really ironic part is that during the Obama years, many on the right accused the “LSM” and various outlets of being Obama’s personal Pravda, yet here we have continued proof that Fox is LITERALLY Trump’s personal media mouthpiece and echo chamber, and Trump supporters are OK with it because something something #FakeNewsMedia something something #LSM.

With the kind of rigorous, scrupulous vetting that Trump and his team do, along with their discretion and their reputation for being an ethical, above-board, and drama-free operation, it’s really hard to imagine this sort of thing happening.

With the kind of rigorous, scrupulous vetting that Trump and his team do, along with their discretion and their reputation for being an ethical, above-board, and drama-free operation, it’s really hard to imagine this sort of thing happening.

And remember, Trump only hires the best, so it’s IMPOSSIBLE that when his extreme-vetting hiring, there’s no way something like this is possible. Right?

He doesn’t stop and wonder why the FBI might be spying on his campaign, does it?

oh, and BTW President Idiot, ‘bigger than watergate’…? Really? You realize that watergate ended with it being proven that the POTUS was a crook, right? So…if something was BIGGER than watergate, it would be a good thing for law and order and a bad thing for you.

Also, is it possible that John Baron, John Miller, or David Dennison was the mole?

Yeah. This is so monumental and shocking and Earth shattering that it appears that no one in the Trump administration is really investigating it. That’s how big this is. Well at least we know it’s probably bigger than his hands.

Oh, and also, Turns out Cohen lied about how long he was working on Trump Tower Moscow. Was working on it after the nomination.

Just mentioning it here because I’m too lazy to start another thread on Team Trump lies.

They do wear you out. It’s part of the plan.

Why hasn’t the orange idiot used the DOJ and start investigating.

This is exactly the same as a commentator screaming about…anything really - pick a topic…Government spending! ‘Government spending is the worst thing in the world! We should d something about it!’ But then, they turn around an support big spending war mongering GOPers who give great interviews and are on the ‘team’ so to speak…IOW, they don’t do a damn thing really to advance their cause, they just like talking about their causes for ratings.

Trump is like that - he just wants to talk about stuff, in an effort to stroke his ego. Never mind that he actually has the power to do something about this stuff he babbles on about…that’s beside the point.

And the sad thing is, millions of americans read these tweets and think ‘Yeah…trump is right…that is an ILLEGAL investigation…’ or whatever…

Why hasn’t the orange idiot used the DOJ and start investigating.

Don’t be so impatient. I’m sure they will get right on it after Making America Great Again.

Trump seems unable to grasp that he could actually do a look-see at all this information if it was actually there instead of breathlessly repeating Limbaugh and Fox.

You elected this man President

“Probably no doubt” - I love phrasing like that. That’s so Donald.

Trump seems unable to grasp that he could actually do a look-see at all this information if it was actually there instead of breathlessly repeating Limbaugh and Fox.

He truly does seem intellectually incapable of comprehending this most basic set of facts. And he lacks the intellectual curiosity to inform himself on the true scope of his power. I suppose we should be thankful for the small things.

Man I love this presidency.