The White House is ignoring "red lines" from China. What could go wrong?

China is issuing a “red line” warning similar to those that Russia issued back in December 2021. The issue from China’s perspective is that the trip of the US Speaker of the House to Taiwan signals that the US is promoting independence for Taiwan in violation of 1970s agreements that resulted in US recognition of the government of Beijing. The response from White House has been similar in both cases.

Will the Biden administration succeed in provoking another bloody war with a nuclear-armed adversary?

The US is moving a nuclear-aircraft-carrier battle group into position between the mainland of China and Taiwan. How does gunboat diplomacy work when the adversary is armed with hypersonic missiles that can quickly sink the ships? 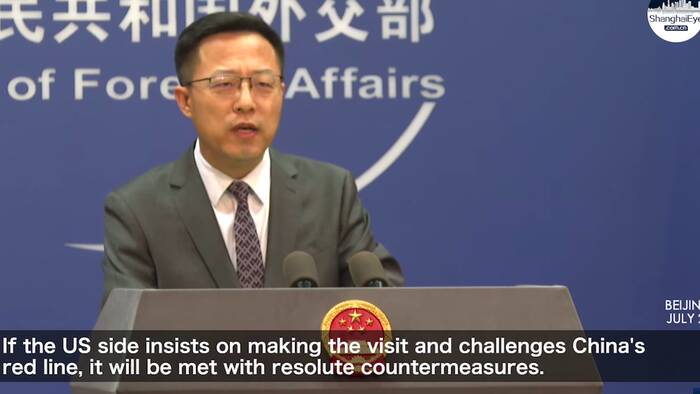 China Is Issuing The Same "Red Line" Warnings About Taiwan That Russia Issued...

Our futures shouldn’t depend upon the better angels of the worst monsters. Those with power have far too much of it, and the ordinary people of this world have not nearly enough... @FiorellaIsabelM
“We have repeatedly made clear our firm opposition to speaker Pelosi’s…visit to Taiwan. If the US insists on…challenging china’s red line, it will be met with resolute countermeasures. The US must ensure full responsibility for any serious consequence arising thereof.” https://t.co/1gV59GwRtF 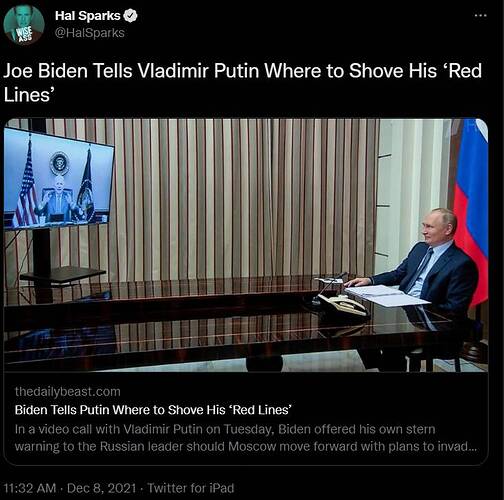 J’Biden claimed he knows all about “foreign relations”. Perhaps Ol Folksy Joe is so knowledgeable he can’t comprehend an adversary like the ChiComs threatening to blow the aircraft carrying the US speaker of the House out of the sky?
Or maybe if Ole Joey just ignores it it will go away?

Pelosi is supposedly going to Taiwan as a private citizen, not as an official representative of the government. If that were really true, then why not delay the trip until after she retires in a few months?

It looks like Biden is trying to create a confrontation with China to distract from the mess he created in Ukraine.

This trip, which Beijing perceives as an egregious transgression of Washington’s longstanding one-China policy, is already so incendiary that the Pentagon is now planning to send in fighter jets and other war machinery to protect Pelosi’s plane in case of attacks by the Chinese military.

Now if we’re triggered enough to have to send in escort military jets…this goes right back to the basic premise of any important decison…risk/reward. The risk is obvious but what isn’t obvious…is the reward? Can somebody explain it? If not, this is a bad idea by Pelosi.

Yes, Biden seems to be little more than a puppet of the most extreme warmongers in Washington.

Most of the congressional Republicans are in bed with Biden on this, so this problem is not limited to Democrats.

Where are the adults in the room calling for restraint and negotiations rather than confrontation?

The main issue for the White House appears to be how to maximize Democrat chances for the November elections.

Thermonuclear war is a minor issue if it prevents a Republican landslide.

J’Biden claimed he knows all about “foreign relations”. Perhaps Ol Folksy Joe is so knowledgeable he can’t comprehend an adversary like the ChiComs threatening to blow the aircraft carrying the US speaker of the House out of the sky?
Or maybe if Ole Joey just ignores it it will go away?

China is in sore need of a distraction from their real estate/banking crisis as well.

Pelosi is supposedly going to Taiwan as a private citizen, not as an official representative of the government. If that were really true, then why not delay the trip until after she retires in a few months?

It looks like Biden is trying to create a confrontation with China to distract from the mess he created in Ukraine.

She is already on China crap list for the stunt she pulled laying flowers in Tianamen square.

The Biden and Pelosi families have huge investments related to China. There is some irony that Beijing is angry that they are getting stiffed. 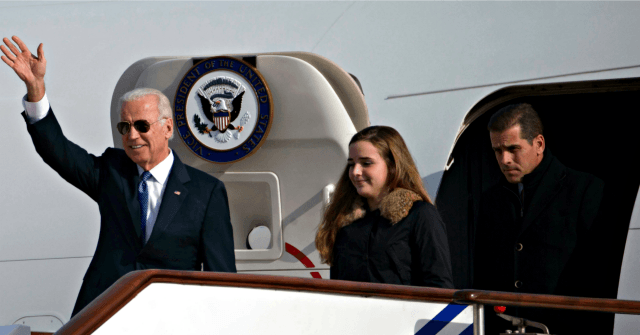 She's Not Speaking For You - How Much Do The Pelosi's Have Invested In China? -

President Trump announced Tuesday that he was immediately suspending funding to the World Health Organization (WHO). The State Department was otherwise poised to hand over to the WHO $893 million over the next two years. The President’s move came in...

I think the country has been paying attention to Russia so long that they haven’t had time to see the real can of worms ready to be opened. One would have thought covid and the millions locked in concentration camps would change some opinions in Washington but not so much.

It would be interesting to know what talks have been going on between the government and the largest China consumer companies (i.e. WalMart, Target, etc.). Xi has already seen what sanctions we put on Russia. And I am pretty sure he doesn’t want that kind of treatment. Xi has to keep playing nice with the US. And the sword rattling is just that.

So you want us to kowtow to China? The country that gave us the China virus the country flooding death to us through fentanyl, stealing all our intellectual property, just say go ahead and take Taiwan?

Let’s not forget the stern tongue lashing Biden recently gave Xi over the phone about genocide and forced labor of minorities. The conversation China says never happened. Will they be embarrassed when Biden releases the transcripts of that part of the conversation.

We will never see those transcripts.

Particularly as we get closer to 2025, we should acknowledge that, win or lose, the United States will take grievous losses, even should a war with China remain exclusively conventional.

Referring to Table 3.2 in the above linked report.

We could possibly lose a couple of attack submarines, particularly subs sent in to operate in the immediate waters of China.

But we will suffer loses of the sort not seen since World War II.

If it comes down to that, just know that it will be brutal for us, if not more for China.

Why do I get the feeling that if it was oh lets say Trump going you would all be on support of him going.

China is not going to declare all out war on the USA because of Pelosi.

I have been on this forum and so many times I have heard how something the dems are going to do will end America.

Heck we were told a few months ago that by now American armed forces would be fighting in Ukraine.

Heck we were told a few months ago that by now American armed forces would be fighting in Ukraine.

So far our troops are not fighting in the Ukraine, only the taxpayers.

The report is from 2016 and does not consider the possibility that NATO would already be losing a proxy war in Ukraine and a sanctions war with Russia.

There is no guarantee that the US would win a war with China.

What would the American response be to the loss of a nuclear aircraft carrier to Chinese missiles? @GonzaloLira1968
When the US-China war starts, among the first losses will be this ship—the USS Ronald Reagan. She carries 6,000 souls—and at minimum 50% of them will die along with their ship. I would not be surprised if the sinking of this ship signals the start of this war. https://t.co/LMlIwDjWSV 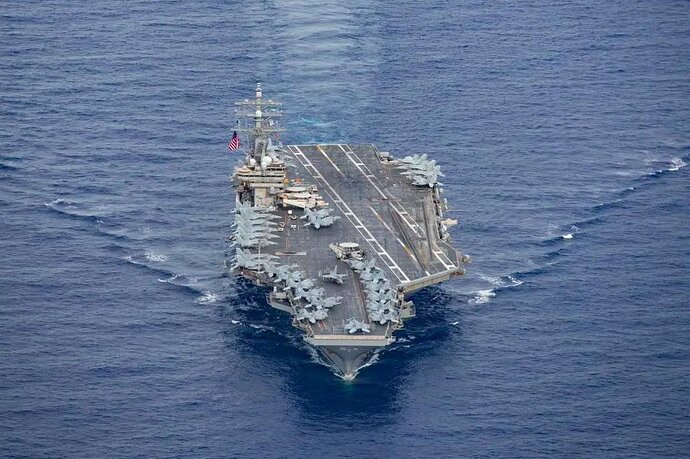