The Problem in America is White Privileged Men

Why is it, that part of the Liberal Agenda seems to be to try
and destroy white Republican and Conservative men in this country?

Mr. Webb is still a Conservative, so even though he’s not a white male,
the Democratic Media, and Politicians are still going to hate him. 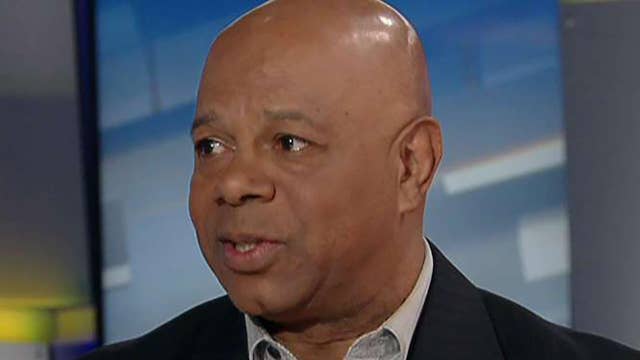 In a radio interview on job qualifications, CNN analyst Areva Martin accused Sirius XM radio and Fox Nation host David Webb of 'white privilege' before learning that he was black. Webb responds on 'The Ingraham Angle.'

And the talking heads on Fox News never attack Liberals and Democrats.

Of course they do, but they don’t constantly contradict themselves
on a regular basis like the Liberal Left(LL)does, Media wise in this country.

How do they contradict themselves?

“white privilege” is not being stopped in a wealthy areas because you don’t “belong” which happen to black Americans.

Watch the video above.

That’s a good example of the Liberal Media’s **.

Is it "White Privilege to be stopped in a mainly poor black part of America?

Why do so many white male conservatives feel the need to constantly portray themselves as victims?

White males are definitely hounded by the media. But in the real world, we have it pretty good. Not many of us would trade places with other groups.

The problem in this country is liberalism!

sorry. We’re just not as good at it as the left wing Democrats are.

They do it on a regular basis, and we don’t have that much
practice at it. Race card, Sex Card. Vote for me I’m this or that as
a Democrat Politician and if you don’t you’re Racist, or blah blah blah.

Great example: Obama. Even after America voted him in, somehow
the far left wing media still said most Americans were still Racist. lol.

how does electing a black President prove that racism doesn’t exist?

Why is it, that part of the Liberal Agenda seems to be to try
and destroy white Republican and Conservative men in this country?

Mr. Webb is still a Conservative, so even though he’s not a white male,
the Democratic Media, and Politicians are still going to hate him.

How do you go from the contents of Ingraham’s show, which the suggestion that white men in America enjoy privilege to the notion that anyone is out to destroy white and Conservative men in this country?

Do you think white conservatives are so fragile that the suggestion that they think about whether their race has conferred advantages to them would destroy them?

I worked at a research lab in a wealthy suburban community. African-American scientists and engineers who worked the lab were routinely stopped by the local police – because the cars they paid for with their salaries made them suspicious. White scientists and engineers did not face this. I suppose pointing out to white people that this is an advantage they have would lead to the complete destruction of those people. Terrible!

After Katrina, there were two new reports with aerial footage that showed people taking food from local groceries. Black people were described as looters, the whites were described as getting what they needed. Such reports probably led to the self destruction of whole segments of the white male population.

Why are white Americans so resistant to any discussion of race as a source of advantage to themselves, while so quick to insist it is a source of disadvantage?

What is so frightening about engaging in this discussion?

Most Americans are not racist.

It easy to see that right.

some are, and that sucks.

How’s that “Democrat Privilege” treating ya?

Democrats constantly talk about “White Privilege”. But
what about when the shoe is on the other foot?

My point was that the Democratic Party played the “Race Card”
back when Obama was running for president.

The Race card basically was telling Americans, that if they
didn’t vote for Obama a black man, that they were a racist.

A lot of people actually fell for it also.

I’ve been a social outcast and different than most people my whole
life. I’ve been “hounded” for being different.

But I try not to whine about it, or use it to my advantage.
I consider it a strength not a weakness.

So I don’t see why Democrat Politicians have to constantly whine
about so many things in this country.

What do you mean for now? You can be anything race, gender, etc.
wise as long as you vote Democrat, and support the
Socialist Liberal Agenda in this country.

For now. Eventually those white males are going to be voted off the Isle of Lib.

It’s kind of sad, how they are sewing the seeds of their own destruction.