The Mueller memos -- some selected highlights as they are released

Back in June when the Mueller Report came out, I created a thread to feature some highlights so that people would be given the opportunity to read important sections of it.

It’s my feeling that the new Mueller memos that were published today by Buzzfeed will be highly important as well. So I’m going to try and highlight some information from them in this thread.

Here are the first highlights. They’re taken from Robert Gates’ testimony and show how that the RNC not only welcomed the release of the Clinton emails by Wikileaks but that they had some inside knowledge on their release. Some of these memos have redactions and in that case I’ve only copied in the parts (for the most part) that aren’t.

Notice in the last portion that Gates said Donald Trump Jr. and Paul Manifort had contact with “Russia types.” 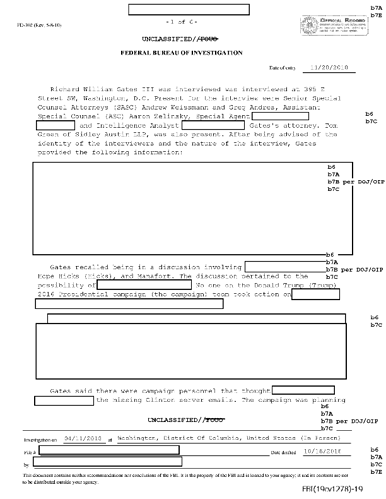 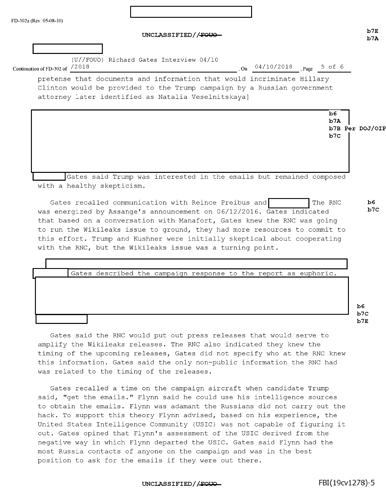 17 posts were merged into an existing topic: These new 302 info drops are gonna be a hoot