Before you even start, he’s no fan of Trump. 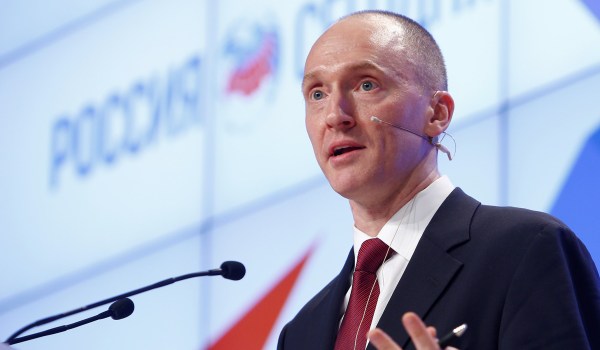 A salacious Clinton-campaign product was the driving force behind the Trump-Russia investigation.

Read it and learn.

Andrew C. McCarthy III is a former assistant U.S. attorney for the Southern District of New York. He led the 1995 terrorism prosecution against Sheikh Omar Abdel Rahman and eleven others. The defendants were convicted of the 1993 World Trade Center bombing and of planning a series of attacks against New York City landmarks. He also contributed to the prosecutions of terrorists who bombed U.S. embassies in Kenya and Tanzania. He resigned from the Justice Department in 2003. He is a contributing editor of National Review and a senior fellow at the National Review Institute.

Now we have some additional information in the form of the redacted FISA applications themselves, and the Nunes memo looks even worse. In my earlier post, I observed that the FBI’s disclosures about Steele were contained in a footnote, but argued that this did not detract from their sufficiency: “As someone who has read and approved many FISA applications and dealt extensively with the FISA Court, I will anticipate and reject a claim that the disclosure was somehow insufficient because it appeared in a footnote; in my experience, the court reads the footnotes.” Now we can see that the footnote disclosing Steele’s possible bias takes up more than a full page in the applications, so there is literally no way the FISA Court could have missed it. The FBI gave the court enough information to evaluate Steele’s credibility.

What to Make of the Carter Page FISA Applications

The release of the Carter Page FISA applications represents a monumental disclosure to the public—and underlines just how disingenuous House intelligence committee Chairman Devin Nunes has been.

David Kris is a founder of Culper Partners LLC. He previously served as assistant attorney general for national security, associate deputy attorney general, trial attorney at the Department of Justice, general counsel at Intellectual Ventures, and deputy general counsel and chief ethics and compliance officer at Time Warner. He is the author or co-author of several works on national security, including the treatise National Security Investigations and Prosecutions, and has taught at Georgetown University and the University of Washington.

Read it and argue?

Mine is much better.

Steele was not the source of anything.

The FISA court was not told that the Clinton campaign was behind Steele’s work. Nor did the FBI and Justice Department inform the court that Steele’s allegations had never been verified. To the contrary, each FISA application — the original one in October 2016, and the three renewals at 90-day intervals — is labeled “VERIFIED APPLICATION” (bold caps in original).

From mine. True or no?

Funny how you criticize others for doing exactly that. Isn’t it?

True. The problem and strength of yours for those who are so inclined to believe is the opening line. That it was the driving force. I disagree about it’s importance. I agree with that it’s usé is a problem.

That driving force versus a foot note is the crux of the argument.

From the article by David Kris. Definitely true.

While I am sure people will try, my initial impression is that with all the redactions it is going to be very tough to figure out the full scope of information supporting the Court’s repeated finding of probable cause to believe that Carter Page was an agent of Russia. There is a mention of two Russians, one of whom pleaded guilty to being an unregistered agent of a foreign government and was sentenced to 30 months, but even that is disconnected from the redacted discussion that precedes it. Substantively, the government seems to have hewed as closely to the prior disclosures as it could in applying FOIA.

But it is worth noting that—and as the Democrats previously pointed out—the judges who signed off on these four FISA applications were all appointed by Republican presidents, including one George H.W. Bush appointee (Anne Conway), two George W. Bush appointees (Rosemary Collyer and Michael Mosman) and one Reagan appointee (Raymond Dearie). I know some of those judges, and they certainly are not the types to let partisan politics affect their legal judgments

Your guy is feeding you red meat.

Sorry for asking again, I see now you already answered. Did the application footnote tell the court the Clinton campaign paid for the dossier?

None of that is true, it’s all opinion on politics.

Were the allegations VERIFIED as it states in the application?

Why hasn’t Trump declassified all of the FISA document? There is nothing stopping him from doing that.

This isn’t true. FISA court was told it was political oppo research.

Isn’t this sort of hand waving from the fact that the FISA release shows the Steele dossier wasn’t solely used for the warrant application?

Andrew McCarthy is Birther and a bit of a crank, I wouldn’t get too in love with him being a US Attorney.

It wouldn’t say that because it’s not true.