There you go again.

The extent you will go to die on this hill is amazing to me.

You aren’t a lawyer.

You didn’t study calculus in MS - and honestly, it’s a bizarre thing to claim.

I’m sorry that you lacked the moral fortitude to resist obeying illegal orders (hypothetically), but none the less, I will once again thank you for your service. I know you don’t want thanks, but I feel gratitude just the same.

An employee dying costs a ton in terms of recruiting, trying, lost productivity and revenue. Perhaps you’ve never been in a position of leadership understand this.

You’re mismanaging your business, or not managing at all.

There you go again.

The extent you will go to die on this hill is amazing to me.

I’m not dying. Internal locus of control. You should try it, it will bring you peace.

Nah. Not in my town. Our public school kids take college level math, science and language.

Ah, here is the offender. Are you a product of that specific system?

You offer no proof. So I don’t believe you.

But thank you for stepping up. You should be proud. I’m sure it was hard, and I’m sure you met the challenge.

You’re mismanaging your business, or not managing at all.

We lose money if someone is out for a week, let alone dead.

Seems to me you’ve never run a business, which is fine. Talk to someone you trust, not some ‘;ib’ on a forum.

If a team member dies, you lose sales, productivity, spend money on recruitment and training.

That’s just simple facts and true for factory work, or the higher end, service work we do.

I’m not dying. Internal locus of control. You should try it, it will bring you peace.

You’re steadfastly sticking to a claim that is easily determined to be facially false.

That’s what the expression “die on this hill” refers to - but I guess that’s a little outdated, as it assumes that one values the credence of one’s words.

Ah yes. When all else fails.

nah, we should just read the entire amendment the way its written… the congress shall make NO law…

the 1st does not and never has applied to the states. the 14th doesn’t change that. never did. the 14th would still protect against religious discrimination in state law but that is the extent of it as a federal issue.

Congress shall make no law respecting an establishment of religion, or prohibiting the free exercise thereof; or abridging the freedom of speech, or of the press; or the right of the people peaceably to assemble, and to petition the Government for a redress of grievances.

From Article IV of the Constitution:

Section. 2. The Citizens of each State shall be entitled to all Privileges and Immunities of Citizens in the several States

Then forward in time.

The privileges and immunities clause of the original Constitution merely required that each State treat citizens of other States the same as their own citizens, with no Federal involvement.

That original clause was superseded and replaced by the privileges and immunities clause of the 14th Amendment. The broader wording of the new clause opened the door to the incorporation doctrine which the Supreme Court finally adopted.

I have no problem with the incorporation doctrine, insofar as the Supreme Court forced States to adhere to the protections of individual rights delineated in the Bill of Rights.

The remainder of the First Amendment, yes. It was rightfully incorporated.

Now I realize there is a thread on the overall topic of incorporation which I don’t want to get into a duplication of, so I will limit my response to the First Amendment.

The ruling is a victory for First Amendment rights. The title of the OP is factually incorrect.

And will anyone be surprised if Maine just scraps tuition assistance rather than face the horror someone might use the funds to attend a religious school?

This thought of so-called “religious” instruction is very concerning. The kids who go to these schools may be more prone to humble themselves or to forgive others! The horror!

Why should I pay to have children subjected to progressive ideology?

Kill your radio. you are being lied to. 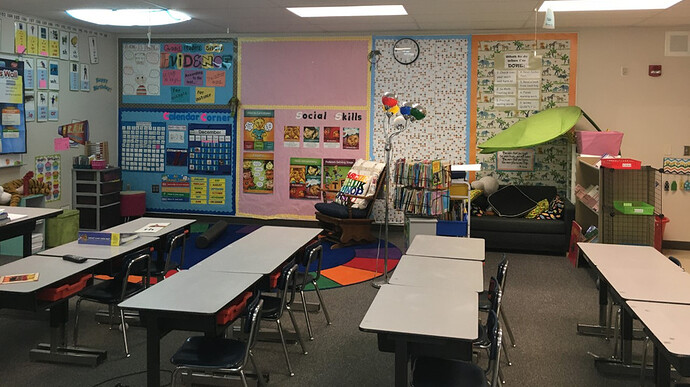 The state of New Jersey expects to implement new sex education curriculum standards which lay out plans to teach second graders about “gender identity” and “gender role stereotypes. ” **WARNING: The contents of this story could be considered graphic...

Furthermore, as someone who was in public education, the NEA is very much a wing of the Democrat Party.

that is easily determined to be facially false.

“I decided” is not a fact. At least you didn’t use “proven”

Ah yes. When all else fails.

That’s were it tends to happen.

The ruling is a victory for First Amendment rights. The title of the OP is factually incorrect.

And will anyone be surprised if Maine just scraps tuition assistance rather than face the horror someone might use the funds to attend a religious school?

This thought of so-called “religious” instruction is very concerning. The kids who go to these schools may be more prone to humble themselves or to forgive others! The horror!

And develop a morality other than “Show Biz” morality and the New Sensibility. Can’t have competition with The One True Way.

you read a lot into it. the simple answer is the first amendment is the only one of the first ten that restricts ONLY the federal government. We know this because it says so… “The congress shall make no law…”, we know that that restriction on the congress applies to the entirety of the 1st amendment because of all the "or"s which link back to the prohibition.

the priveleges and immunities which are not limited to federal restrictions can be found in amendments 2 thru 10 which are not and never have been restrictions only on the federal government, but on all levels of government. we know this because no level of government is specified as it is in the 1st. the 14th amendment does not change that one single iota, as all it says is that every person in a state must be treated equally with every other person in that state. it says nothing about one state having to treat its people the same as another state does.

Much of these religious schools are reading, writing, math, foreign languages, history etc.
Aren’t they teaching the same things that other schools are teaching?
They are receiving money to teach the same things as other schools are teaching.
So should the government withhold money from them, I.e. discriminate and punish them, because they are “tainted” by also having religious connections at their school?
Is that a form of prohibiting their religion?

There is a workaround.

It’s called ‘build a public school’. They didn’t, and that is why this is happening.