So to all radical lib Millennials out there

It seems like the power to be over at DNC/Democrat party are shoving Biden down your throat. It seems you guys don’t exist or at very least you don’t have a say in democrat party that’s suppose to represent you.

The poll released on Wednesday found 29% of Democrats and independents said they would vote for Biden in the state nominating contests that begin next year. That is up from 24% who said so in a poll that ran in late April, days before Biden announced his bid.

Biden led the field among all major demographic groups except Millennials (ages 18-37), who favored U.S. Senator Bernie Sanders of Vermont over Biden 18% to 16%.

So my question to all left-wing Millennials…what are you going to do about it since the party you belong too don’t want your participation? 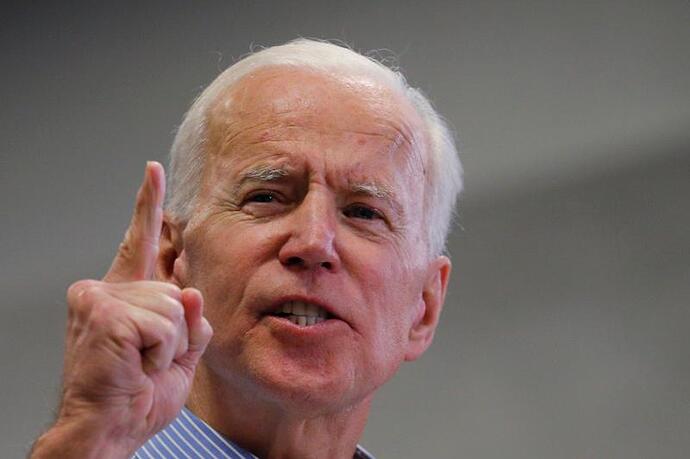 Biden expands lead over rivals for 2020 U.S. presidential nomination despite...

Former U.S. Vice President Joe Biden has expanded his lead over a wide field of candidates for the 2020 Democratic presidential nomination by 5 percentage points since he entered the race in late April, according to a monthly Reuters/Ipsos poll.

I will do the same thing I do every election. Compare all the candidates an vote for the one I most personally align with.

Biden got the nomination already? Wow. That was really fast and really early.

I think the obvious choice would be to vote for Trump. He clearly most represents libs.

So if Biden wins the nomination by honing the most votes, then the Democrats have.done something awful? Would it be better if they gave the nomination to the minority candidate.

Or are you just looking for any way to badmouth the Democrats regardless of whether it makes sense.

You don’t speak for me. Get the ■■■■ off my hypothetical lawn.

It’s not your lawn…

I hope you get some liberal Millennial responses. I didn’t know they post here

I hope you get some liberal Millennial responses. I didn’t know they post here

He’s gotten 2 in this thread already.

Every vote matters. As long as it’s for who we tell you to vote for.

How exactly is the DNC shoving Biden down anyone’s throats?

To all radical lib millennial’s?

I guess a radical libs only choice would be to RIOT!

shoving Biden down your throat

This just in, apparently “supporting the candidate you think is best” is now “shoving them down your throat.”

You already nailed it

So, using your own numbers, Millenials favor one old guy by a 2% margin over another old guy (who happens to be the front-runner in the party currently), and you somehow equate that to not wanting their participation?

Biden is a good choice for dems this go around. Why waste a “good” candidate in a loss?

Are there any radical lib millennial’s here?