President Donald Trump reportedly floated the idea of invading Venezuela to both senior administration officials and world leaders multiple times in the past year.

According to the Associated Press, Trump first proposed taking over the country to top aides at an August 10 meeting held in the Oval Office to discuss US sanctions on the country. 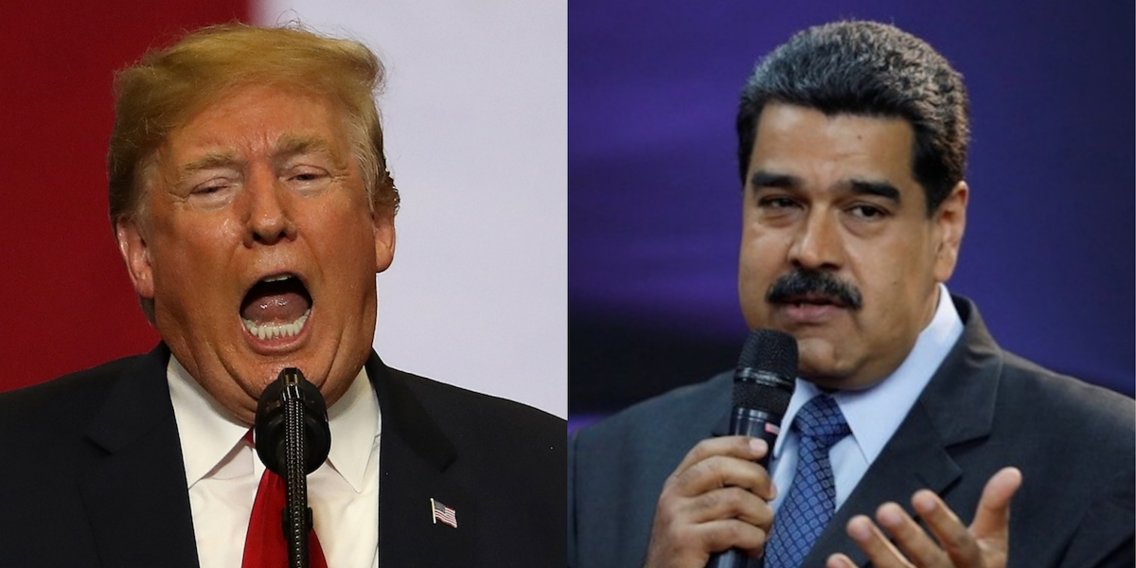 Trump has repeatedly floated the idea of invading Venezuela to depose its leader...

Venezuela is suffering from a rapidly deteriorating economy and weakening law and order. Reports of Trump's bullish rhetoric, however, could bolster President Nicolas Maduro's standing at home.

So Trump, who ran on a policy of noninterventionism, had to be talked out of invading Venezuela by aides and South American leaders. Does anyone here support military action against Venezuela? For one, I think it would be a horrible idea.

According to the report, McMaster was the loudest voice and we all know he’s gone.

Donald wants a lot of things in the 5 minutes before the new piece of shiny attracts his eye.

I can easily imagine him being talked down from, say, invading California by his staff distracting him with pictures of himself while bringing in trays of KFC and McDonald’s.

He did say we should have kept the Iraqi oil.

Not likely to happen. Most unfortunate for the general population who will continue to suffer the horrible consequences of socialism.

Would you be ok with it if trump wanted to invade Venezuela?

Not likely to happen. Most unfortunate for the general population who will continue to suffer the horrible consequences of socialism.

A lot of countries have terrible living conditions for their people. I’m not in favor of spending our blood and treasure to improve their lot in life.

I would prefer it not be a military invasion, but once socialism has taken control it is extremely difficult to convince those in power to change.

I would prefer it not be a military invasion, but once socialism has taken control it is extremely difficult to convince those in power to change.

What kind of invasion do you think Trump had in mind?

I have no idea. This thread is the first I’ve heard of it.

nah he is thinking about a new Trump resort.

Isn’t there a treaty that no country in the americas will invade each other?

Serioisly? What ither kind of invasion is there?

hence my worry, its only going to get worse

If the sun was to rise on Venezuela one morning and people found Maduro, his entire government and the entire military leadership with their throats quietly slashed ear to ear, I certainly wouldn’t complain.

Infiltration does not equal invasion.