Romney marches with 1000 evangelicals for BLM

i dont agree with most of what he does. and have little use for evangelicals.

but i agree with him on this.

Romney is a woke never Trumper still bitter that Trump is President not him. He’s a crybaby.

Not my thread. But this took me about 20 seconds to google, copy, paste and reply.

You’re welcome or something.

Sen. Mitt Romney (R-UT) joined 1,000 Americans of faith in a march to the White House in support of Black Lives Matter and ending police violence.

But I am happy to see this. If Republicans got on the bandwagon they could likely steal quite a few black voters.

But they never will

If you make a thread, it might be nice to link to what you are talking about. Otherwise it is just you saying it. If he did, I don’t agree with him or the evangelicals.

Oh yes he is. Jealous cause he lost, and bitter, same as McCain.

Oh yes he is. Jealous cause he lost, and bitter, same as McCain.

The arrogance of Trump supporters. How do you know that he is doing it for Trump? Couldn’t he be doing it because of his faith!

What about the 999 evangelicals that accompanied him?

If he has a strong ‘faith’ shouldn’t he be marching in support of people who’ve gotten killed by the looters? Does he have a history of support for BLM? His faith is in support of those who have been at the behest of killing cops? Micah Johnson, you know who he is? He acted based on what movement that led to the killing of 4 officers in Dallas? Oh BLM? You know. What about the chants, ‘what do we want, dead cops, when do we want them now’. Who did that, oh BLM. ‘Pigs in a blanket, fry them like bacon’., oh that came from BLM too. Cops killed right now, rocks thrown at cops just in the past week. What kind of man of faith would follow something like that? Black Lives Matter focuses on only those blacks who get killed by cops, only 9 unarmed killed last year, while 11 people have been murdered by the looters just in the past week. BLM says what about those who’ve been killed by the looters, like David Dorn, the 77 year old guy, he was black, trying to guard a store and got killed? Did BLM give one freakin whit about the black lady whose sister got killed by the looters.

BLM doesn’t care about black lives in general otherwise they would care about uplifting the community instead of just bashing and prompting people to kill cops. They are a hate group. If Romney, prior to Trump had his faith joining BLM, where is the evidence he did?

Oh, thank God Romney got in front of the camera. We can all breathe easy now.

he’s gonna put you in chains!

i dont agree with most of what he does. and have little use for evangelicals.

but i agree with him on this.

Pfffft. Romney is an amateur. Should have taken a knee and washed people’s feet and begged forgiveness like these cops did. 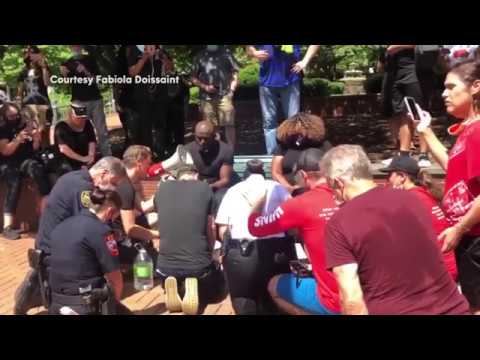 This is just sad.

ain’t that wonderful, the way to ‘make peace’ is disrespecting the flag. They get to get it their way.

Why in the heck should Romney be loyal to trump? Romney represents the people of Utah. 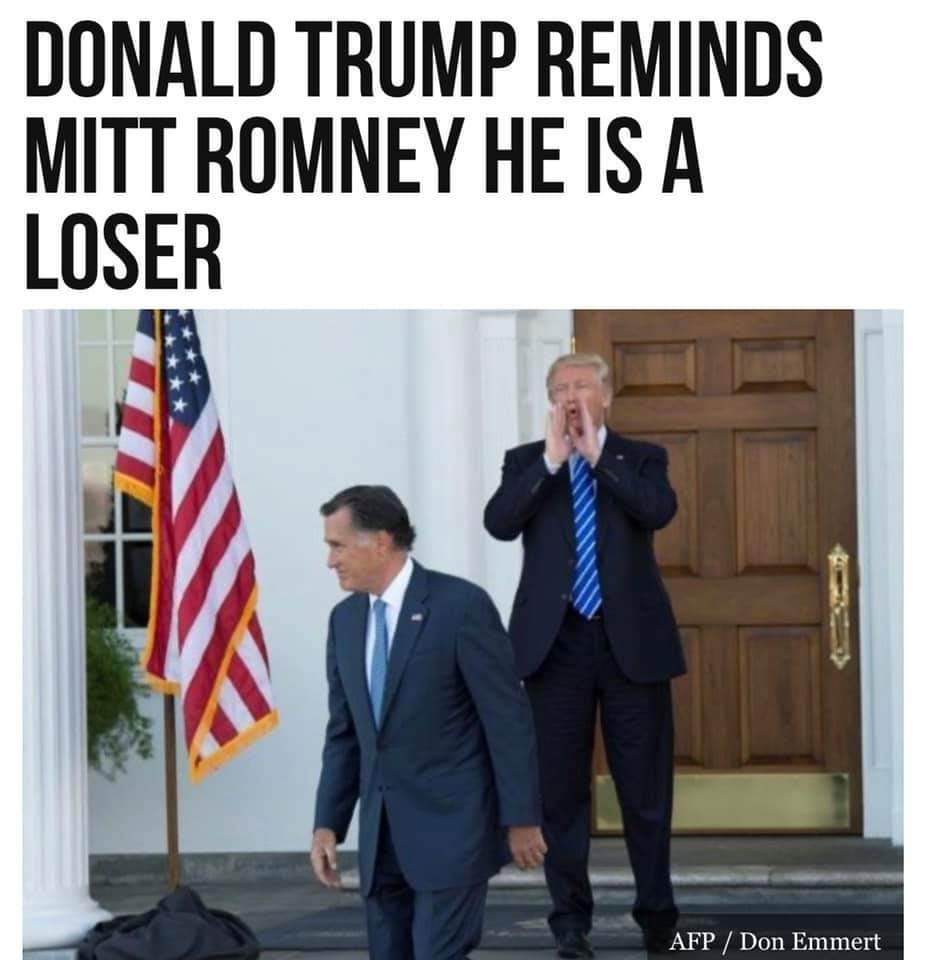 When has the BLM cult given a rats arse about the scores of black lives lost in cities like Chicago on any given weekend?