Experts: Nuclear war is a possibility in Europe. Both Putin and NATO leaders have warned about the threat. Vladimir Putin said he had placed Moscow's nuclear forces on a 'special regime of combat duty' in response to 'aggressive statements' from members of the Nato defence alliance. US response: War in Europe is distracting from the real danger, climate change. 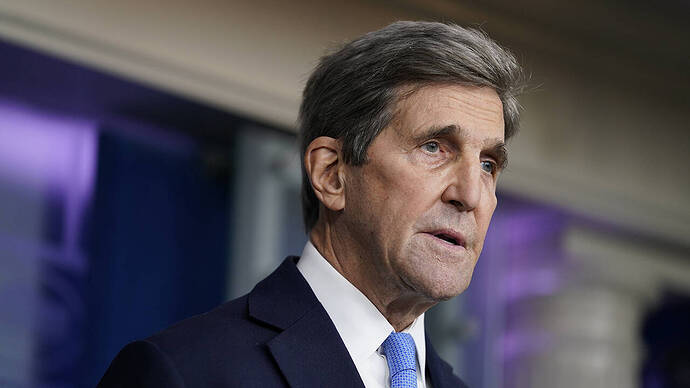 John Kerry warned Wednesday that Russia’s war against Ukraine is going to distract the world from the climate change crisis.

Meanwhile FEMA has this helpful advice on protecting yourself from nuclear explosions: FEMA: In Case Of Nuclear Explosion, Maintain Social Distancing And Wear A Mask

Better double-mask to be safe...

Could we end up in a nuclear war because of the ignorance and condescension from people running things in Washington?

Have the years of hype about COVID and climate change blinded people to the real risks of nuclear war?

Hopefully…Putin will be assassinated by his own before that happens?

Where’s your evidence the leaders of the West aren’t aware of the growing threat?

What’s your alternative? To let Putin have what he wants?

I would not hold my breath on that.

Putin’s response the NATO in Ukraine is similar to that of Kennedy’s response to Soviet forces in Cuba.

The history of the world could be much different if the Soviet Union had belittled Kennedy’s concerns and ignored his warnings.

According to international law, Soviet missiles and troops in Cuba were perfectly legal.

Yes. Nuclear explosions could certainly affect the temperature. Kerry is right to be concerned over man made global warming. He certainly has his priorities in place.

Hopefully…Putin will be assassinated by his own before that happens?

They won’t do it on their own.

They would have to be bribed to do it.

From what I see the ideal solution is to negotiate a settlement that leave Ukraine as a nuetral, democratic, multiethnic nation that is not a part of NATO and not under the domination of Russia. Finland has been an example since World War II.

The US policy has been to fund rabid ultranationalists and corruption in Ukraine. It has also been encouraging Ukraine to join NATO.

There is no reason to risk nuclear war just to annoy Putin.

From what I see the ideal solution is to negotiate a settlement that leave Ukraine as nuetral, democratic, multiethnic nation that is not a part of NATO and not under the domination of Russia.

The US policy has been to fund rabid ultranationalists and corruption in Ukraine. It has also been encouraging Ukraine to join NATO.

There is no reason to risk nuclear war just to annoy Putin.

I’m fact the opposite is true…Ukraine was never going to join NATO at any conceivable time in the future…precisely because of this.

And all Putin had to do to continue to assure this was keep the Donbas fighting going, since no country with an active war in its country can enter NATO.

I do not doubt that NATO expansion brought Putin to this point, but this step he took is using that as an excuse…NATO is no threat to him UNLESS he makes moves like this.

I agree at some point Biden and Putin have to talk…or their administrations do…to find a way out of this.

Think of the emissions from vaporized cities!

Nuke may not just be a concern in Europe. I currently am within 20 air miles of a us facility that probably is on the Russian hitlist and have been thinking how if or when some entities make a mistake missiles could fly in all directions.

This crisis is similar to the Cuban missile crisis and I hope that nukes will stand down… now we got DPRK acting up and China looking at the Formsa Straits {Taiwan.)

The world is fast moving into danger.

It would start in Europe…but everywhere would be affected.

I am not sure you are correct.

We all know it will start in EU and mushroom out quickly… There are a lot of enemies that will also use an initial strike to do what they want to do.

A real question is whether the US should keep a man with obvious mental issues as president.

Would you trust Biden to navigate the Cuban missile crisis? There is a reason why we have the 25th amendment.

Realize Kennedy’s advisers told him to invade Cuba, but he overrode them. Decades later the US found out that the Soviets already had multiple operational nukes in Cuba with orders to use them in the event of a US invasion.

What Curtis LeMay and Thomas Power did not know—what no one in the United States government knew for certain until it was revealed at a conference between Soviet and U.S. missile-crisis participants in Moscow in 1989—was that, contrary to C.I.A. estimates, the Soviet forces in Cuba during the missile crisis possessed one- to three-megaton hydrogen warheads for some twenty medium-range ballistic missiles that could have been targeted on U.S. cities as far north as Washington, as well as warheads for short-range tactical artillery rockets that the Soviet field commanders in Cuba were authorized to use against a U.S. invasion force. 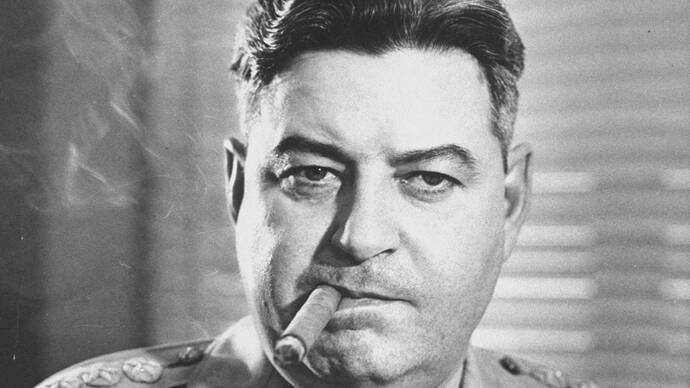 The General and World War III

From 1995: Richard Rhodes on Curtis LeMay, the American Air Force general who almost brought the world to nuclear destruction during the Cuban missile crisis.

@JayJay I am glad you now see that NATO expansion brought Putin to this point,

And we can agree that Pukin’ Putin is a lunatic and the end result does not justify the means he is using.

I would not. You raised some excellent points.

Hey at least we got Mr. Jay to admit that NATO expansion helped cause this. I do hope someone blinks.

Trump was blamed for a lot of things that never happened.
Let’s Go Brandon