On the other hand, 100% of vaccine-related deaths are in people who were vaccinated.

You are doing VEARS wrong.

oddly enough, 100% of all deaths are people who died. someone should look into that.

My goodness- what’s going on here? 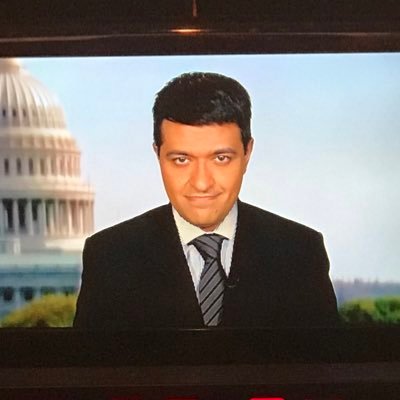 SEAN HANNITY: "Please take Covid seriously. I can't say it enough. Enough people have died. We don't need any more death. Research like crazy. Talk to your doctor... I believe in science. I believe in the science of vaccination." https://t.co/tOi5ebpqSf
2 Likes
RayStark July 20, 2021, 2:15am #87

On the other hand, 100% of vaccine-related deaths are in people who were vaccinated.

You are doing VEARS wrong.

oddly enough, 100% of all deaths are people who died. someone should look into that.

“They” got to him

We should make a sticky of this so as to encourage our unvaccinated members to get the jab.

Why did we need the delta version of covid here. Everyone could see what was happening in India as the virus lingered there for months killing hundreds of thousands while mutating into a deadlier disease. The variant was announced months before it came here.

To me it seems logical to both ask everyone to vax up just as it does to try to prevent these deadlier more contagious strains from coming here thousands of miles away.

It didn’t travel here through the air it came with someone who either traveled there and brought it back or someone who traveled here and brought it in. I see no reason not to think this will just continue forever at this pace. The virus keeps mutating and getting deadlier the delta version is much more contagious and if the data is to be believed has more of a chance putting a vaccinated person in the hospital than the current variants.

Imho and probably not what a lot of people on here want to hear but I would rather see the travel industry coming from these areas put on pause until we can possibly get out of this mess or I see no end regardless if 90% of the U.S. gets vaccinated as the virus continues to mutate into more contagious forms.

There is no reason to think (Since it keeps happening) some new super covid variant isn’t building up in Indonesia or some other part of the world that is getting clobbered right now just as it’s plausible the virus will eventually mutate making the vaccines less effective. Who knows maybe the next variant has way bigger odds in getting past the current vaccines, it doesn’t appear to be getting weaker through mutation.

I don’t say this lightly before covid I traveled internationally at least twice a year but it would seem a lot cheaper to ground international travel and bail that industry out rather than watching trillions galore spent on shutdowns and businesses closing down by the thousands, as the world economy has already suffered more than anytime in history.

Not trying to make this political but we likely would have beaten covid by herd immunity if it wasn’t for these super contagious variants that have been coming in, especially the delta variant.

I am obviously not talking indefinitely but to the point to the point were if someone travels overseas or someone comes here we have the tech that the CDC or homeland security has the means to test people before they set foot off the planes, boats etc that tells what type of virus they have before they let them walk in and cause another hell storm.

All this is possible if the other country provides the data on the new strain testing has been our weakest area.

I would see more hopes of getting to normal again if we had the tech that could tell the variant the person has before they step foot in this country.

Just rambling at the same time like everyone else I am wanting this to end tired of it like everyone else, tired of the politics around it as well. Like you and others I want it to end, not sure if that’s possible with the mutations regardless of the vaccination rate

And for the record I was infected over a year ago and still got the vaccination last month, so I am not against the vaccine just the tit for tat approach we are taking with trying to keep it out.

PS Dear lord I didn’t mean to post such a long comment if no one reads it I get it lol.

Unfortunately, the politics of COVID-19 would make it extremely difficult to go down the path you articulated. If that can be overcome and there is a coordinated approach to vaccinate as much of the worldwide population, there is a chance.

My goodness- what’s going on here

I agree with our esteemed host.

Get the two jabs.

There is an epidemic of vaccine-related deaths that only affects the vaccinated.

You can claim that the risk of death from the vaccine than from the virus itself, but that does not change the fact that vaccines are killing people.

Should the government arm-twisting be used to censor inconvenient truths that go against the state-approved party line?

So I assume you blame Trump and his ill-advised Operation Warp Speed for pushing a vaccine through the system. His push for a vaccine resulted in approvals before complete testing.

Should we indict him?

The mutations are what I am worried about the delta variant mustered in India when they went through hell right now Indonesia is ground zero. These viruses especially seems to get more contagious with each variant there is no guarantee the next or the next mutation won’t slip past the vaccine.

We are good about asking people to lock down we are bad about keeping it from coming in. I was just reading that there is a 900% increase in covid percentage at the border why does America need that? Shouldn’t we be keeping the disease out until we can get things under control. We can do both vax as well as trying better to keep it out.

Not sure why we need this

Also just read on CNBC that the delta variant is estimated to be at 83% of all cases by the CDC in America right now. We almost had it beat before it came in. There is no reason to think a new strain isn’t being mutated somewhere that won’t be as bad or worse than delta.

The lockdowns killed them.

The key statement from the OP link:

No doubt many people who were vaccinated for COVID-19 have subsequently died (particularly as a great many of them were aged and/or in poor health when they were vaccinated.) That does not indicate that the vaccine killed any of them. Science, not statistics.

The variants are spreading among the vaccinated at an alarming rate.

I guess the only answer is another shut down?

The reported COVID deaths are frequently not verified either, and the vast majority involve people with underlying medical conditions that can be fatal: The report shows that COVID-19 was the only cause of death listed in 6% of deaths. Many people online have commented that they thought this meant that only about 9,000 people died from COVID-19, but that is incorrect.

The vaccines were releases under an emergency use authorization that simply requires that the benefits outweigh the known risks. The FDA and the drug companies have every incentive to avoid analyzing the VAERS database since that would only increase the known risks.

That’s not how it works.

These cases will be required to be investigated.

That’s why we don’t have complete FDA approval on the vaccines yet and likely won’t until 2022…maybe later this year.