Remember when people used to trust the FBI?

The state-controlled media has been fawning over the FBI and CIA, especially since they targeted the Trump campaign and administration for unprecedented illegal surveillance and harassment.

Right now I would say that the biggest difference between Putin’s Russia and where the US government is heading that it is clear who is in charge in Russia. Putin is a former KGB agent with deep roots in the surveillance state and there is little doubt that he is in charge.

Like the US, Russia nominally has free speech and other civil rights, but the system uses oligarchs who are friendly to Putin control the major media and to suppress any dissent. Secret police and corrupt justice system vigorously punish anyone who is a serious political threat to Putin. Elections are shams with banning of opposition candidates and non-credible elections systems.

It looks like Democrats are following Putin’s playbook, but there is every reason to believe FBI and CIA oversight means that President and Congress answer to the surveillance agencies not the other way around.

Is a government under the control of the FBI and CIA a good thing?

Mueller might be the last FBI director worth half a ■■■■ since Clintoon fired Sessions. Wray looks to be another foot dragging partisan.

Institutions are made up of people and people tend to have biases and to lie.

This has been going on for a long time. I remember when I was in High School I was disagreeing with someone on some subject and they said “the President said it was true”. I had no argument left because the President (LBJ) said it was true. Just a few years later I would have laughed that off as an argument.

I don’t know whether that was just a change in me or a change in attitude of the country. Perhaps both.

FBI is hands down the most dangerous agency in the world…if they want your ass they’re have it…and now they’re in hands of DNC and communist regime.

Trump should have gutted that agency…but repugs didn’t have the ■■■■■■■ balls.

Christoper Wray is all about power…the power to be used against anyone that opposes his world views.

People were shocked when Eisenhower lied about the U2 spy plane crash back in 1960. He said that the U2 was a weather research aircraft, then Khrushchev produced a live pilot and wreckage that proved it was a spy plane.

The credibility of the FBI reached a low in the 1970s after the Church committee showed that the agency had spied on antiwar and civil-rights groups during the Vietnam War. They also engaged in a wide variety of dirty tricks to discredit and confuse these groups.
What is the COINTEL program? Is it relevant today? - Outside The Beltway - Hannity Community

They seem to be up to their old tricks now. The difference is the FBI and CIA are now dominated by leftist elements instead of anti-Communist Cold Warriors.

Christoper Wray is all about power…the power to be used against anyone that opposes his world views.

A government that doesn’t stick to its enumerated powers does not deserve trust.

At least we can have faith in the new AG to go after all terrorists…as long as they strike during the day.

Is a government under the control of the FBI and CIA a good thing?

It has been long thought that J. Edgar Hoover researched every POTUS that he served under and had dirt on each of them and let them know it. I believe that he did it to keep the FBI independent from control from the top. I have never thought that the CIA tried to bully control over the government.
One thing that happened that changed the structure of both agencies was when DHS got involved as the traffic cop of all of the intelligence agencies. And at that time I considered that NSA had the most power and the most opportunity to misuse their power. The Patriot Act certainly gave a lot of agencies more power then they had previously had. And we will never be totally aware if any of our rights were abused.

At least we can have faith in the new AG to go after all terrorists…as long as they strike during the day.

I think that he made a good point during his confirmation hearings that without laws on the books regarding domestic terrorists he will be limited in what the DOJ can do.

If he’s super consistent (with it not being terroristic rioting because of the time of day) it might not be looting in the course of a riot if the stores are closed when looted.

Edit: also it obviously will matter if it’s Left wingers acting up aided with the implicit protection by local government. Or if Pelosi praises them for protesting even if State capitol buildings get damaged.

For recent examples of FBI actions that reduce trust consider what has happened in response to protests in recent month. The FBI has arrested Trump supporters who entered the Capitol and is holding them without bail under allegedly abusive conditions while awaiting trial:

Oh poor baby, he is not getting his organic food.

Has the FBI become a secret police akin to the Stasi?

They have assimilated with what you labeled in your other thread as “blue anon”. How long have they sat on Hunter’s laptop? Would the information on it have ruined Joe’s chances of being elected? The FBI is a part of the manipulation of the public to further the blue anon agenda.

Theoretically the FBI and CIA should not be involved in politics. The CIA is further banned from surveillance or other activity in the US; its activities should only be outside the US.

At the same time it is clear that the FBI and CIA engage in politics. Consider the former intelligence officials who signed a letter that claimed that the Hunter Biden story had “has all the classic earmarks of a Russian information operation.” That statement was frequently quoted in the mainstream media.

Curiously, the same media left out the next sentence, which says that there is no real evidence to support the opinion:
We want to emphasize that we do not know if the emails, provided to the New York Post by
President Trump’s personal attorney Rudy Giuliani, are genuine or not and that we do not have
evidence of Russian involvement . . .
Former IC Officers Public Statement (politico.com) 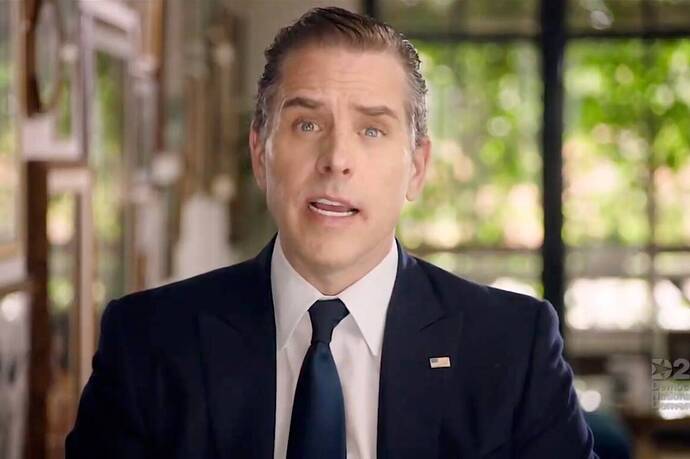 More than 50 former intelligence officials signed a letter casting doubt on the provenance of a New York Post story on the former vice president's son.

In the case of the CIA, discussions about the apparent links with and US news organizations are largely absent from the US news media. It is as if they know that they will face prosecution or harassment if they report about it. Instead only RT appears have the freedom to report Brazil-based Glenn Greenwald’s comments about how NBC is in bed with the CIA: Independent journalist Glenn Greenwald torched accusations that he endangered reporters by saying NBC News spouts CIA propaganda, saying he only spoke of a well-known fact, and the effort to shame him was "manipulative bulls**t."

Edit: also it obviously will matter if it’s Left wingers acting up aided with the implicit protection by local government. Or if Pelosi praises them for protesting even if State capitol buildings get damaged.

…or if VP Harris works to raise their bail so they can be freed and commit more violent acts on the public?

Yes, insurrections continue to be fine so long as leftists are responsible: 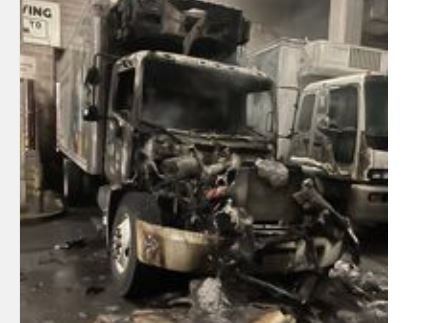 Last night on ANTIFA’s Day of National Autonomy, the headquarters of Portland Public School was heavily vandalized and multiple school district vehicles were set on fire. A district food delivery truck was completely scorched in the aftermath....

The FBI is MIA in stamping out Antifa terrorism.

Yes, insurrections continue to be fine so long as leftists are responsible: DOJ Has Dropped Dozens of Cases Against Portland Rioters

The  Department of Justice has been quietly dropping dozens of charges against violent rioters in Portland.For months- I've been tracking dozens of federal cases stemming from last summer's protests in

Yep. It’s painful to witness the double standards of justice that are directly working against the best interests of our country and tearing it apart.

Democrats are using hoaxes and lies as the basis for imposing a police state to suppress political opponents. I suggest that the “fire extinguisher hoax” be added to the long list. The mom of the late Officer Sicknick believes that he died from a stroke; examination of his body showed no injury consistent the alleged fire extinguisher attack. The FBI refuses to release the cause of death.

Blantifa rioters are logically enemy combatants since they have repeatedly attacked federal agents and government facilities. The FBI has slow-walked any investigations into BLM/Antifa violence. They appear to be more co-conspirators than law enforcement.