Podesta has an opinion

“I just think he made a horrendous error of judgment and he did, I think, because he’s kind of an arrogant guy who was trying to protect his own reputation,” Podesta said of the former FBI director. “I think he was protecting his reputation, the FBI’s reputation, but in doing so, he wasn’t protecting the country.” 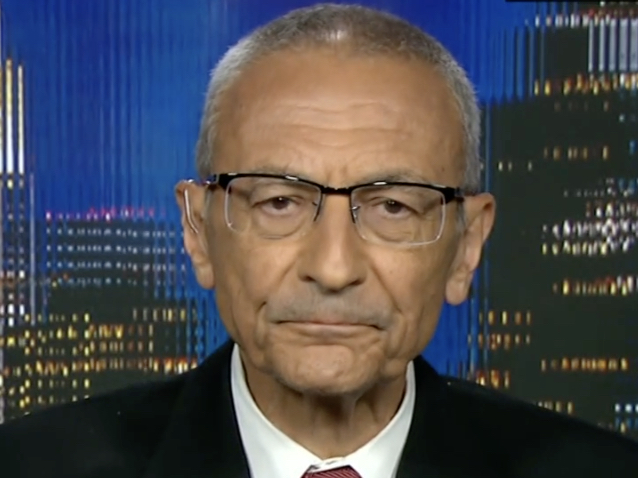 In an interview with CNN's Chris Cuomo on Thursday, John Podesta accused the FBI of partisanship and said that the majority of employees in the bureau do not like Hillary Clinton. "Let me ask you something, do you think there was an equal or...

Talk about confirmation bias for me and Conan!

Well I read the article. I can’t stand Podesta and there he is trying to spin it his way. But what has you so trig… interested?

He understands why Comey did what he did.

It got you here. I was missing you.

In some way he’s right about Comey protecting the FBI but more important he was protecting himself.

As for double standard on bias claiming that he didn’t release the information on Trump campaign being investigated but did so on Hillary he’s forgetting the fact that it was being leaked in NY…which tied his hands. Now I understand the frustration he had with it but that was out of FBI control because the NYPD was also leaking.

PODESTA: Well, look, you tried to say there were good facts and bad facts. I only see one set of facts. And the facts are that Jim Comey violated practice and procedure. He applied a double standard with respect to the investigation of Hillary Clinton versus the investigation of Russian interference in the election, and its connection to the Trump campaign. You know, he ended up hurting Hillary Clinton. He helped elect Donald Trump.

What he has failed to see was actual double standard in how the investigation was handle in those two cases.

Which was extremely bias.

As for more FBI being Trump supporters…I have my doubts. I believe the culture runs lots deeper then anyone expect. Yeah I agree farther down the pole more likely you would support Trump…but upper echelon become more political.

In some way he’s right about Comey protecting the FBI but more important he was protecting himself.

You think he was placing FBI above his on self interest?

In his mind yes. He thinks he took a big one for the team.

You think the reputation of the FBI would have fared any better if he had remained completely silent throughout the entire affair?

Absolutely. No doubt about it.

What leads you to that conclusion?

You may be right. It seems thou since then with his book deal it’s became more about himself.