These people are enablers of a New York City mafia dude.

They don’t have the strength to stand up to Trump either.

Although there is evidence of potential violations of the statutes regarding the handling of classified information, our judgment is that no reasonable prosecutor would bring such a case. Prosecutors necessarily weigh a number of factors before bringing charges. There are obvious considerations, like the strength of the evidence, especially regarding intent. Responsible decisions also consider the context of a person’s actions, and how similar situations have been handled in the past.

After yesterday the dems should open up in inquiry into impeachment…granted. the idiots will think its actual impeachment when its not.

Trump voters don’t have it in them to stand up to Trump either. They’re just not strong enough.

I do favor impeachment for a totality of behavior, but I realize it won’t happen.

The constant lies, particularly recent ones about butchering babies…I think those alone are worthy of removing him from office.

His ignorance, and failure to read security briefings shows he is simply unfit.

from the Mueller report, he asked his atty to lie - that’s enough for me. He accepted russian help gladly, and despite what Barr said, it’s clear he obstructed justice and the only reason he wasn’t charged is, he in teh POTUS.

Also, abuses of the emoluments clause are clear as day.

In total, he should be impeached. But in our reality TV world, that’s too nuanced. Without a smoking gun, it won’t happen,

Even with a smoking gun…5th Ave Syndrome is real.

You don’t need teh FBI to charge Hillary with a crime. What are they waiting for?

Yeah, yeah…everybody has their exoneration letter written by the head of the FBI before the investigation begins…amirite?

Keep talking Comey and may everything you say, be used against you in an actual court of law.

Comey has been gone from the FBI for nearly two years, but Hillary has not been indicted.

Hillary hasn’t been indicted…neither has Former President Obama, Obamacare is still around with no replacement, Mexico hasn’t paid for the Wall, donnie’s investigators haven’t returned from Hawaii, the FISA investigation hasn’t been declassified, donnie’s tax returns haven’t been released, and the border hasn’t been closed.

And using Comey as an example of strength and character is really astounding especially what he did to Hillary and whose only strength is lawlessness!

So you’re vote is for anarchy, right?

Could Comey be getting a little nervous over maybe this: 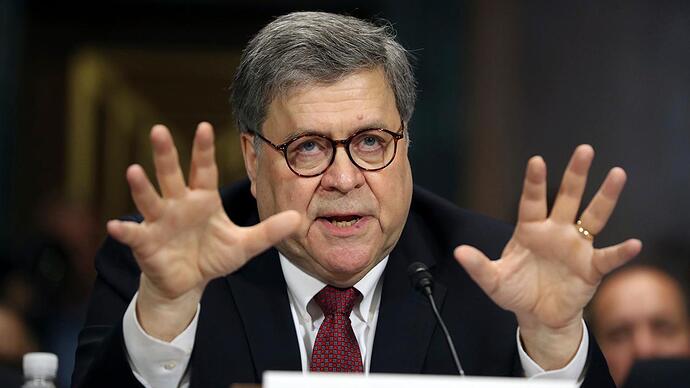 Attorney General Bill Barr vowed during Senate testimony Wednesday to “reconstruct” the origins of the Russia investigation, saying he specifically wants to learn the extent of the FBI's surveillance of the Trump campaign...

It will probably take a bunch of military men to eventually stand up and Trump and say what you’re doing is not American.

The Republicans in DC, especially the men, just don’t have the guts.

So are you saying the two are equivalent… and since you believe collusion to be a delusion all the focus on Clinton’s emails was equally nonsensical?

Or are you saying that just as Clinton compromised US security with her server, Trump sold the country out in his dealings with Russia.

Which answer do you prefer?

In truth, the report confirms collusion, but exonerates conspiracy.

At the very beginning Mueller states that, being a vague term with no legal meaning, he is not going to even be looking at collusion. So no, it did not confirm collusion…whatever that is.

It’s really not true that the report exonerated him of collusion. The report specifically and clearly says it made no judgment on collusion because it is not a legal term.

Goes to show it was for show only and to damage a Sitting president. So Mueller went with Federal Law and found nothing he could charge him with.

The report goes on to detail many instances of what you might label collusion, and documents the trump org, gladly taking help - as well as instances of them refusing help - from russia. But determined these acts did not amount to a conspiracy.

And it’s funny how he could investigate and charge ANY crimes found in the investigation. Why wasn’t hillary charged for “Legal fees” to a law firm that went to a foriegn agent? (Steele).

In truth, the report confirms collusion, but exonerates conspiracy.

Hillary campaign colluded with the Russians as well through Steele. Your thoughts on that?

Goes to show it was for show only and to damage a Sitting president. So Mueller went with Federal Law and found nothing he could charge him with.

The word collusion is not mentioned once in the Mueller appointment letter. 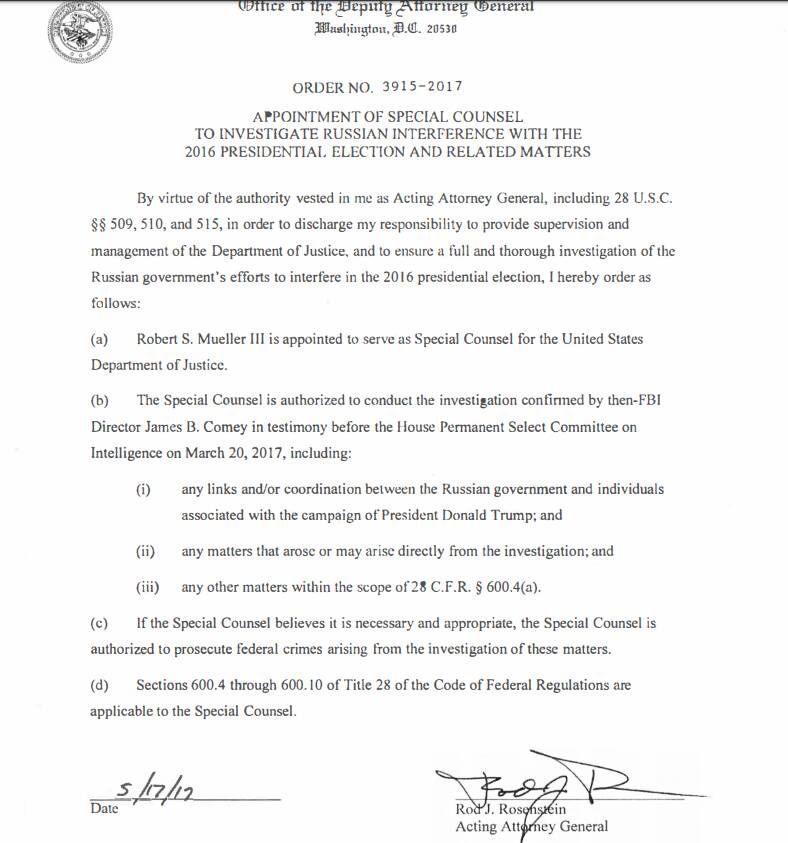 Why not? I mean if someone who’s just running for President can do it…

So he wasn’t looking for collusion. Just looking into the Russian interference, and to see if the president could be charged with any crime under the federal criminal code.

Guess what, Mueller couldn’t find any vilation of the law.

So he wasn’t looking for collusion

That’s correct, but I keep wondering why trump supporters keep bringing the “no collusion” defense at every turn when it wasn’t even mentioned in the appointment letter. Do you ever wonder why?

Because that’s what the libs are always yelling.

Now why wasn’t Hillary Charged for labeling funds distributed from her campaign as “legal fees”, when it went ot pay steele for information from Russians?

If he read the report he wouldnt have to do this…

Snow has been told this…its now a routine with him.