despite the GOP and the rights complaining about out of control crime in blue states it turns out that red states have the highest murder rates.
in 2020 staes that voted for trump had per capita murder rates 40% higher than states run by biden

and its not just on a state level.
for example jacksonville florida had 128 more murders than san fran depite both being roughly the same size. jacksonville has a GOP mayor 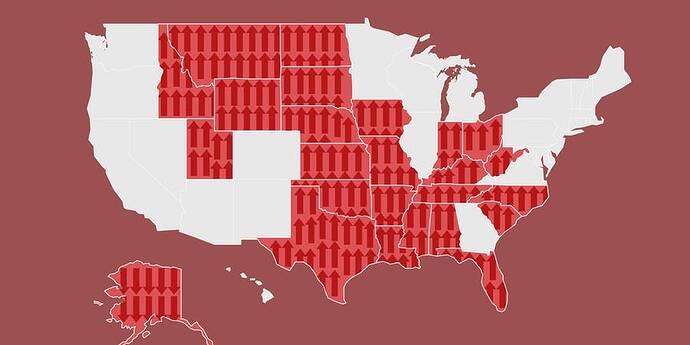 Third Way is a center-left think tank that champions modern solutions to the most challenging problems in US public policy, including the economy, climate and energy, national security, social policy, and politics.

You done did it now, @SneakySFDude.

I was wondering how long this would take to land on the forum. By my reckoning, less than 12 hours.

Always skeptical of these blogs but this one seems well sourced.

You’re on the bandwagon.

What do you mean “why”? Precisely.

Which is funny because I thought republicans had working solutions to crime problems.

Insert Joker “what if I told you” meme here.

“He” didn’t say anything about race.

To instead of about is much less mealy-mouthed.

I found out completely by accident that the the three biggest cities in Texas have per-capita crime rates that puts New York City to shame.

Insert Joker “what if I told you” meme here.

It helps to actually prosecute crime rather than standing down.

It helps to actually prosecute crime rather than standing down.

You don’t have to tell me, right wingers always side with armed agents of the state no matter what they say in between it mattering.

We looked at demographics in the UE thread. Progs brought it up. Why not here?