Michael Avenatti seems to have his own problems

Michael Avenatti is going after a sitting president. That makes him fair game to see how “above board” he is. And the reason this thread is in politics.

Mr. Avenatti it seems has an investigation going on in California to see if his license to practice law should be revoked.

First we have from the Seattle times: 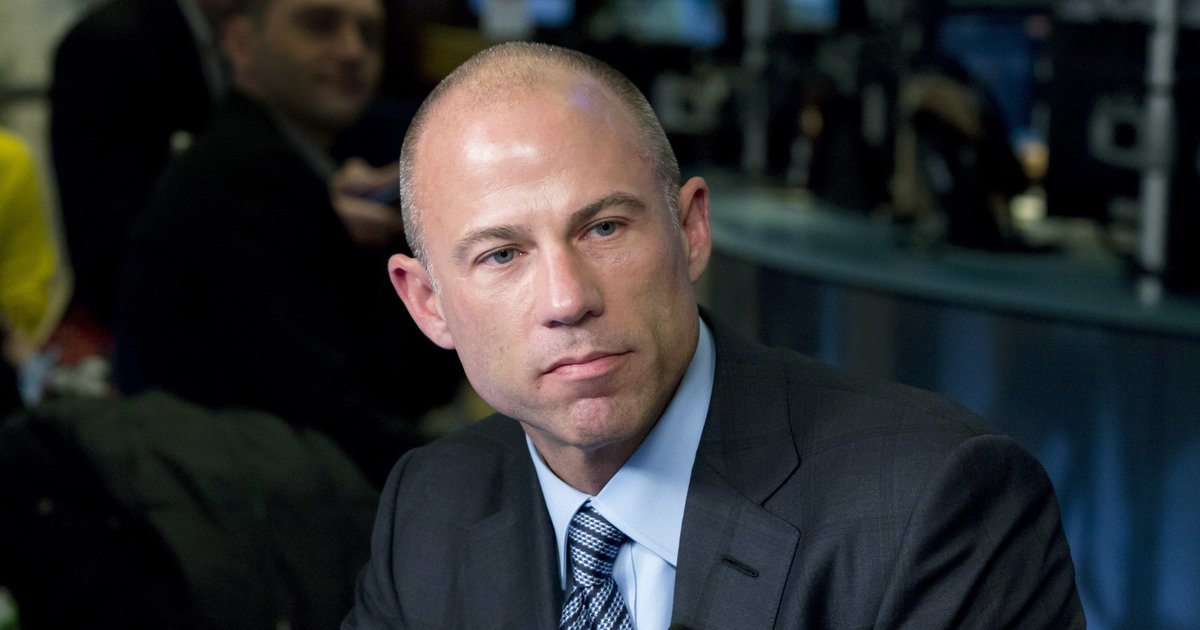 Before Stormy Daniels, her attorney faced allegations of dubious business...

Michael Avenatti has become a cable news celebrity for accusing Donald Trump of trying to silence his porn-star client, but his involvement with Tully’s Coffee has been a source of legal headaches.

Since his investment firm bought bankrupt Tully’s Coffee for $9.15 million at auction five years ago, Avenatti’s company has been named in more than 50 state and federal legal complaints, including commercial lawsuits, breach of lease actions and warrants for unpaid taxes, court records show.

50 lawsuits against his company in 5 years time.

“You will have to ask your questions to the new ownership group who long ago took on responsibility for various tax liabilities etc.,” he wrote, declining to specify who those owners are or when he divested his stake.

In various court filings and testimony last year, Avenatti described himself as the principal or chairman of the Tully’s chain. During a July deposition, he testified his law firm wholly owned Doppio Inc., a Delaware corporation that he said controlled 80 percent of Tully’s ownership firm, Global Baristas US.

Last July (less than a year ago) is “long ago”. Really?

Current state corporate registration records also list only Avenatti among “governing persons” for the similarly named Global Baristas, LLC, which is registered as the controlling party for Global Baristas US.

Did he forget how eaily it is to check on things?

In 2015, Bellevue Square and B-Squared Construction each sued, both claiming Global Baristas broke the lease and hadn’t paid for remodeling work done at its space in the mall.

Avenatti disputed both lawsuits. He claimed his firm didn’t pay the contractor due to unspecified construction defects

All you never trumpers who berate the president for not paying contractor – how do you feel about Mr. Avenatti now?

In March, arbitration on a former law partner’s claim that Avenatti’s firm owed him $14 million was about to start when a mysterious creditor filed an involuntary Chapter 11 petition against the law firm for $28,700 in unpaid services, according to court filings. The petition plunged Avenatti’s firm into bankruptcy proceedings, postponing the arbitration.

AND his lawfirm has been forced into involuntary chaper 11 proceedings.

As of last week, more than $1 million of court-filed warrants for unpaid state taxes remained unresolved. The IRS also filed liens in July and August against Global Baristas and Avenatti for more than $5 million in unpaid taxes dating back to 2015. No releases have since been filed showing that debt was paid.

The attorney, whose website boasts of more than $1 billion in verdicts and settlements won for clients, has become a fixture on cable TV, thanks to his latest high-profile case.

So why are all these cable TV media NOT asking him about stiffing the federal government. Stiffing customers. Stiffing contractors. Asking about his law firm in bankruptcy?

Then we find fox has jumped in:
http://www.foxnews.com/politics/2018/05/16/michael-avenatti-being-investigated-by-california-state-bar.html

Fox News on Wednesday obtained an April 18-dated letter verifying the existence of the investigation—unrelated to his representation of Daniels.

“The complaint against attorney Michael J. Avenatti has been reviewed and forwarded to the Enforcement Unit for further investigation and prosecution, if warranted,” said the letter from the state bar, written by Supervising Attorney Anand Kumar and reviewed by Fox News.

According to the state bar’s website, an investigation is launched based on a complaint only if the state bar attorney “sees evidence of a serious violation.”

Wonder why the Left Wing Media isn’t jumping all over Mr Avenatti like they do The Don and anyone associated with him.

Things that make you go hmmmmmmmmmmm

Bankruptcy and stiffing people and lawsuits are no longer considered to be negatives. trump supporters said so.

Like I say about Trump. Let Mr. Avenatti have his day in court.

What do you have to say about all the alegations and court cases aginst Mr. Avenatti? Or you just going to deflect.

No deflection. Let him have his day in court.

Meh. He seems like he may have some shadiness and baggage on him. Honestly Snow, so what? He is not the President of the United States. My feelings about Trump would be the same as Avenatti, if he were still just a two-bit conman reality TV star. But as soon as he became involved in potentially leading our nation, then his issues became important to me, because he represents us all. Avenatti does not. And if he exposes crimes committed by Cohen or Trump, then I could care less about his background.

That said, if he has broken any laws, then prosecute him to the fullest extent of the law as well. But I really do not see a need for the media to treat some Joe Attorney the same way they do the President of the United States. It is silly to suggest such things.

I’m glad I didn’t vote for him.

Not surprising that given all the notoriety he’s gotten lately, someone’s going after him. I don’t really see any of that stuff is that much of a big deal. Sounds like a lot of normal legal stuff to me, Some of it still in the legal process and not settled yet.

Any time a Trump supporter questions the character or integrity of any human being, it makes me laugh a little.

I don’t know much about Avennati and don’t care much about his claims, until they are corroborated.

Just putting out facts that are backed by two sources court papers, and who controls companies in state records.

So where is the hit job sir?

Hit job is unsubstansiated facts from sources who want to remain anonymous that can’t be backed up in any way.

Not surprising that given all the notoriety he’s gotten lately, someone’s going after him.

So you’ll vote for him in the primaries?

he could have the same problems that Erin Brockovich had (after the settlement) and it wouldn’t matter. the ball is rolling now (regarding Trump and all the women he’s cheated with). someone else would just pick up the slack.

My feelings about Trump would be the same as Avenatti, if he were still just a two-bit conman reality TV star. But as soon as he became involved in potentially leading our nation, then his issues became important to me,

Exactly, when he was a reality TV clown who made his bones on shady real estate deals, bad product placement, and the Howard Stern show, I didn’t give two ■■■■■ about him. Times have changed.

He deserves the same legal scrutiny as anyone else in the country. I’m sure someone else can take up Trump’s pay-off cases if he is found to be unfit.

Hit job is unsubstansiated facts from sources who want to remain anonymous that can’t be backed up in any way.

Huh? What can’t be backed up?