Four dead and two seriously mamed in a mass stabbing in Santa Ana and Garden Grove, California. The suspect has a long criminal history and was out on bail at the time of the stabbings. For background see: 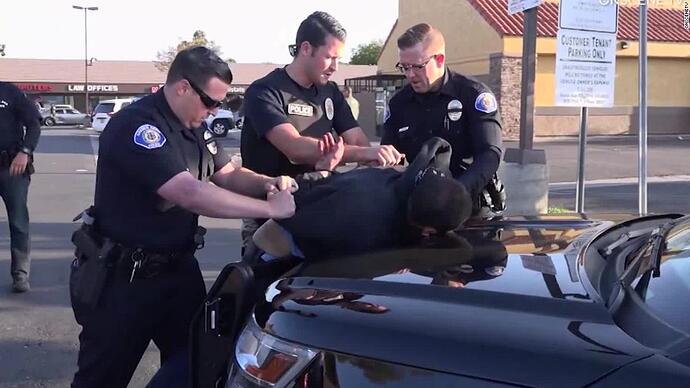 Man held after four killed in a stabbing rampage in California. Suspect was...

A man who allegedly killed four people during a stabbing rampage in Southern California has been identified as a known gang member, police said Thursday.

Here is what a local police chief had to say:

Chief Tom DaRe said the suspect should have been in prison.
“Based on his prior arrest record, he is a violent individual who should have never been considered for early release based on Assembly Bill 109,” he said.
“California law enforcement agencies have been crippled by AB109, and offenders are not being held accountable for their crimes… our community becomes vulnerable when these criminals are released back into society and are able to commit further acts of violence.” 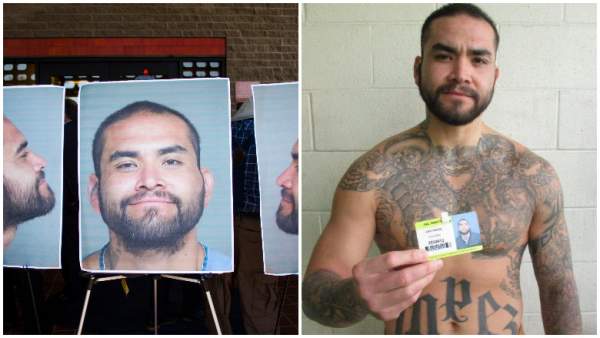 Zachary Castaneda is accused of murdering four people in a random stabbing spree in Garden Grove and Santa Ana, California.

This mass murder appears to be a result of California’s catch and release program for convicted felons.

Or should we start registration and background checks for knives and sharp metal objects?

AB109 was a huge mistake and this is a direct result of it.

Another mass stabbing. These knife attacks are getting out of control.

Beyond me why we allow wastes of life’s, like this scumbag, to continue wasting oxygen, is beyond me.

Beyond me why we allow wastes of life’s, like this scumbag, to continue wasting oxygen, is beyond me.

Try him, and if he’s found guilty (which he should be) execute him immediately.

As with all mass murderers. 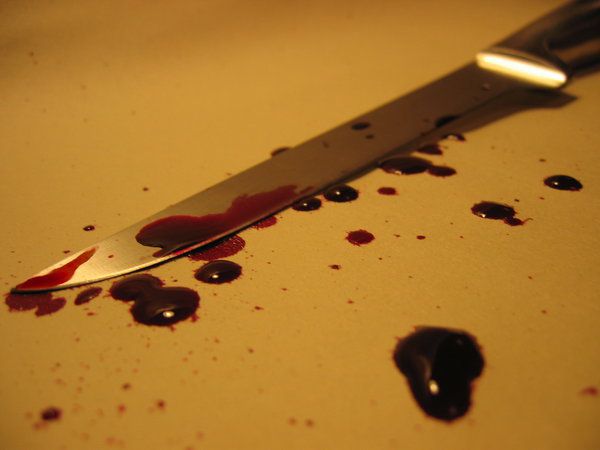 Outside the Americas, Knives Are Often the Weapon of Choice in Homicides

More than 130 people in Kunming, China, were injured when about ten men and women wielding knives began stabbing others at random

AB109 had no effect in this case he wasn’t released early.

people have a constitutional right to appeal.

The suspect had a long list of prior convictions including several felonies. He has been in and out of the county jail for years:

His prior felony convictions date back a decade and include seven violations of post-release community supervision probation between 2016 and 2018, records show. 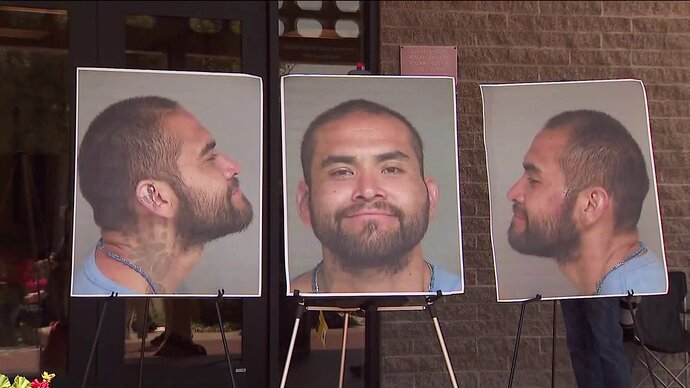 he was convicted served his time and was released, are you suggesting the government should detain people indefinite if they think they might be a risk?

he was convicted served his time and was released, are you suggesting the government should detain people indefinite if they think they might be a risk?

are you suggesting they shouldnt?

because innocent lives are at stake

so anyone the government deem a threat should be locked up.

Based on what I heard with an interview with a local police chief, he was convicted on multiple felonies, sentenced to four years but served only 18 months in the state prison.

Since that time he has been in a revolving door with the local jail from violations of the terms of release and multiple crimes that are now classified as misdemeanors.

Thank god he did not use a gun, could have been much much worse.

He was a career criminal part of a violent street gang, I disagree with releasing people like this early but the government doesn’t have the money to house them.

Using a gun for the killings would certainly have resulted in a lot more attention from the mainstream media.

The CNN article is from just after the attacks and is the only one I found with a search on the suspect’s name. A mass shooting instead of a mass stabbing would have resulted in wall-to-wall coverage with great hand-wringing and finger-pointing.

The media coverage is because of the severity of the attacks, not the weapon.

Sadly, 4 deaths is just another day in America.

Or are you not aware of the the talking point that other “mass shootings” are not reported?

Yes, people killing each other in Chicago is not news. Sadly it is just business as usual.

The recent Gilroy attack is a better analogy. Three killed plus the suspect committed suicide, and it received huge coverage.