Is this a line drawn in the sand?

To Iranian President Rouhani: NEVER, EVER THREATEN THE UNITED STATES AGAIN OR YOU WILL SUFFER CONSEQUENCES THE LIKES OF WHICH FEW THROUGHOUT HISTORY HAVE EVER SUFFERED BEFORE. WE ARE NO LONGER A COUNTRY THAT WILL STAND FOR YOUR DEMENTED WORDS OF VIOLENCE & DEATH. BE CAUTIOUS!

Trump won’t do a thing if Rouhani comes out tomorrow and repeats another verbal threat.
#PAPERTIGER

If only he could talk like this to Putin.

Ho hum nothing going on tonight-

… Are we going to be at war by the time I wake up?

Did Donald have a spicy taco bowl for dinner? Sounds like he’s revisiting his fire and fury days.

No we’re not so why draw a line in sand tonight?

That is one spicy meatball 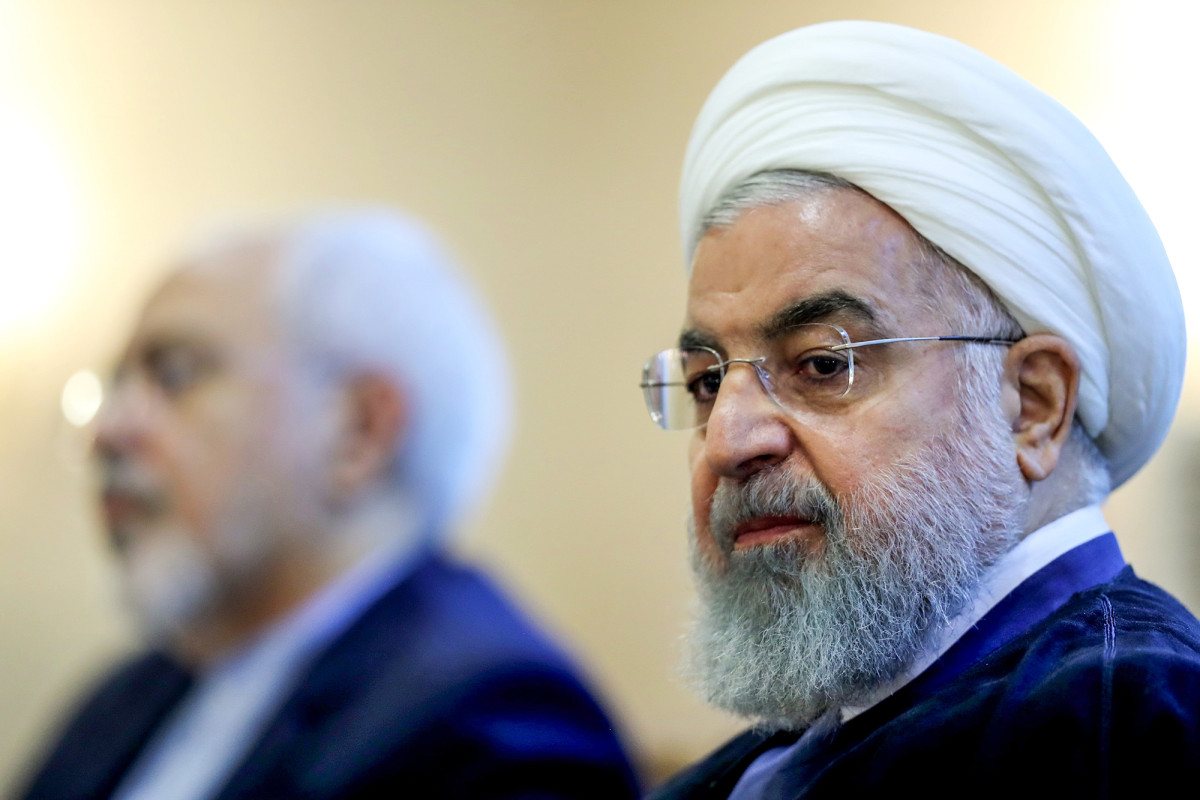 Iran’s president warns Trump about the ‘mother of all wars’

Iran’s leader on Sunday left open the possibility of peace with the United States but cautioned President Trump against taking an aggressive stand with the Islamic Republic, saying an outbrea…

Donnie ALL CAPS Trump. Iranians are known to cower when they see all caps.

Do any of you trump dummies want to explain why frickin TWITTER is a reasonable way for a President of the United States to do his stupid job? ??? 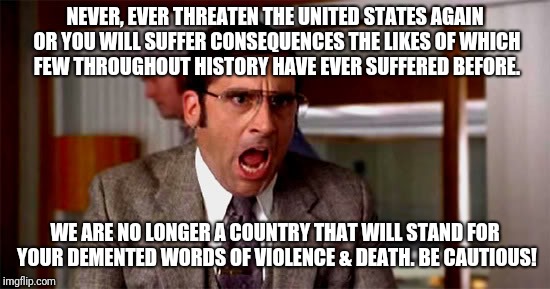 It’s all so Oniony.

“Grumpy old man learns how to use ALL CAPS on his Twitter feed.”

As a nuclear winter grips what’s left of the United States, the few remaining alive Trump patriots will whisper “… but the Supreme Court.”

oof. Must have been having a rough go with his executive time on the can.