Watching Trump in Wisconsin. Just claimed that Wisconsin didn’t vote for a Republican since Eisenhower.

He then added “Even Reagan couldn’t win Wisconsin.”

And once again, this idiot it leading the country.

just does not matter at all

57th state however and Corpsman well that is different

Watching Trump in Wisconsin. Just claimed that Wisconsin didn’t vote for a Republican since Eisenhower.

He then added “Even Reagan couldn’t win Wisconsin.”

And once again, this idiot it leading the country.

Does not matter how much of an idiot Trump is. The ignorant Trump apologists fully support him.

One big reason is that he is pissing off Democrats.

Doesn’t matter what gets destroyed in the process, as long as he is pushing off the Left.

Isn’t that a wonderful way to be? 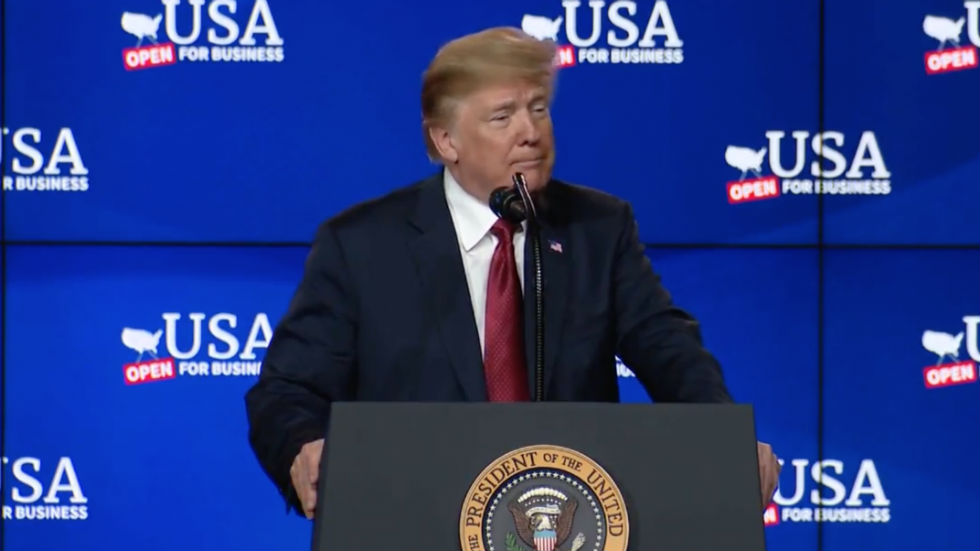 Apparently Geography is another one of those tricky topics they don’t teach at business school. Wisconsin is next door neighbors to Minnesota…the State that Reagan lost. And it’s not like he could have been fooled by location. Mount Pleasant is almost on Lake Michigan and Minnesota is on the other side of the state LOL. This guy never ceases to amaze himself.

One big reason is that he is pissing off Democrats.

Ding, Ding… We have a winner.

Liar or stupid. Which is worse?

And surprisingly enough he won it in 1960 when he lost to Kennedy. LOL

Liar or stupid. Which is worse?

Who says he’s not both?

Who says he’s not both?

He is most certainly both.

He doesn’t even bother to look things up I’m sure. Thought it would sound cool to say that thing about Wisconsin so he just said it, because it totally doesn’t ■■■■■■■ matter if it’s true or not.

His followers are probably out spreading the same lie today.

I thought this was going to be the subject of this thread:

“The head of U.S. Steel called me the other day, and he said, ‘We’re opening up six major facilities and expanding facilities that have never been expanded.’ They haven’t been opened in many, many years.”
— President Trump, roundtable with American workers, Duluth, Minn., June 20, 2018

“I’ve been hearing that from steel companies, and in particular from U.S. Steel, where I was with the president, as I said. And he — they’re just talking about opening plants now, and so many things have changed.”
— Trump, roundtable on tax reform, Cleveland, May 5

U.S. Steel is a publicly traded company, so it is supposed to disclose materially important information. The opening of six major facilities and the expansion of even more would be huge news.

Yet all U.S. Steel has announced is that it will restart two blast furnaces and steelmaking facilities at the company’s Granite City Works integrated plant in Illinois — one in March and the other in October. The reopening of the first blast furnace was announced in March, resulting in 500 jobs, and the second was announced in June, adding 300. The plant had been closed since 2015.

It sounds much better the way he tells it.

Up is triangle cannot even start to describe what is going on.

Wait: this is Trump we’re talking about, so you don’t sell the steak, and then the steak company goes out of business.