Today’s Washington Post reports that the $1.7 million spent on security for Trump’s July 4 “event” has depleted the fund for Washington, D.C. used to protect the nation’s capital from terrorist threats and provide security at events such as rallies and state funerals, according to D.C.'s mayor, who sent a letter to Trump. Muriel E. Bowser (D) said that the fund has now been depleted and is estimated to have a $6 million deficit by Sept. 30. The mayor also said that the account was never reimbursed for $7.3 million in expenses from Trump’s 2017 inauguration. Bowser asked that the White House to commit to fully reimbursing the fund.

The director of the D.C. Homeland Security and Emergency Management Agency, Chris Rodriguez, said in an interview that the estimated costs for the July 4th event were six times as much as in years past and were likely to grow as the city continues to figure expenses.

Is it unfair for D.C. to carry the burden of the expenses on both events? I’d say so. 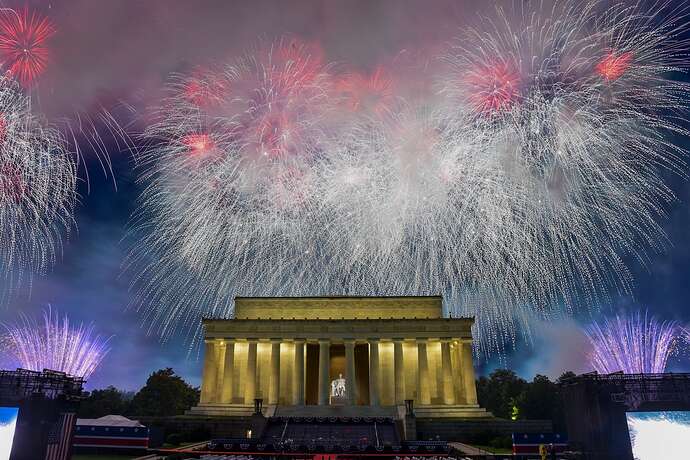 The city spent at least $1.7 million on security for the president’s “Salute to America.”

4 posts were merged into an existing topic: Great Work, Everyone, on Trump’s Fourth of July Non-rally Rally

10 posts were merged into an existing topic: Great Work, Everyone, on Trump’s Fourth of July Non-rally Rally