Yes “we” do. Every time a parent breaks the law and goes to jail.

Still playing stupid are you?

Well I guess that doesn’t take much effort for you does it. I mean, I could point out for the millionth time that we don’t separate families for misdemeanors, nor do we rip children from parents seeking asylum, that would require the barest amount of honesty possible for a human being, which as we’ve seen repeatedly proven, Trump supporters aren’t capable of doing.

That should be fun if true…all the Dems have to do is point out who CURRENTLY has control of both Houses of Congress.

You know it is bad for them when you see what Cruz has done between last week to this week. 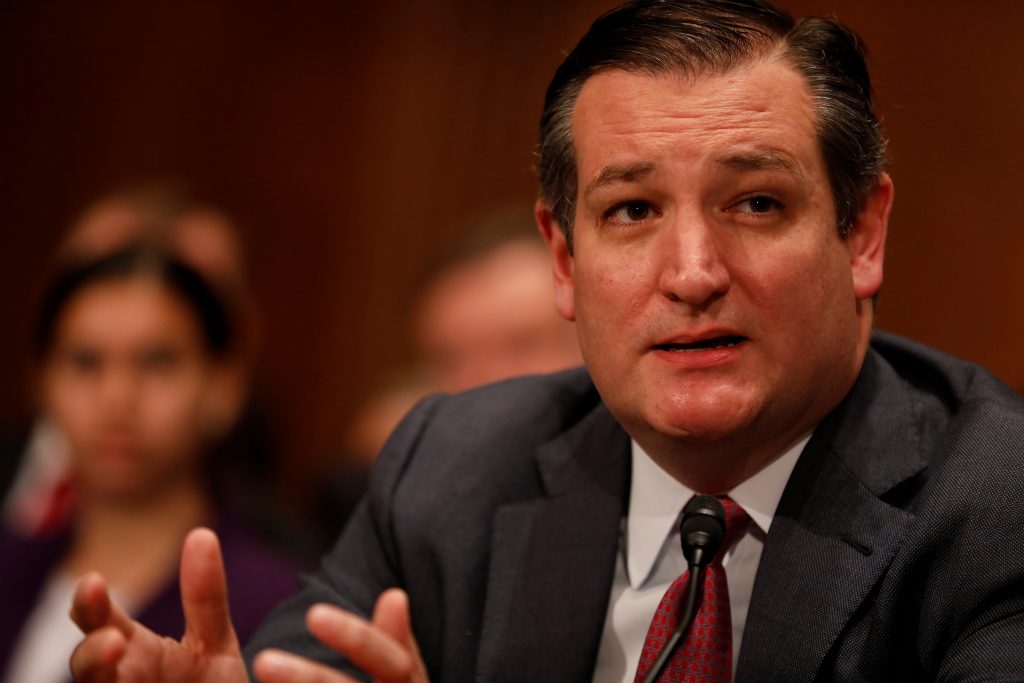 Ted Cruz has staged a dramatic about-face on the Trump administration’s “zero tolerance” immigration policies, laying bare how politically damaging the issue of separating children from parents accused of crossing the border illegally is becoming for Republicans facing voters this fall.

The Texas senator, who has become a frequent ally of President Donald Trump, initially blasted criticism of the White House crackdown.

But he’s softened substantially, telling reporters in Washington on Tuesday, “All of us are horrified at the images we’re seeing.”

Yes “we” do. Every time a parent breaks the law and goes to jail.

I didn’t see where you said “cages.” Those pictures of children in cages were from the Obama years.

That came out two days ago. Released by the administration. And that’s a ****ing cage.

This is not my ball game. The OP should know these things.

Laziness is a Trumper trait. Pull yourself up by your bootstraps.

Is Sessions’ church as a rule deeply involved in helping our homeless children, or is it just these children in particular?

It is the United Methodist Church, and yes, they are heavily involved in helping children in need.

I struck a nerve. LOL Good!

I struck a nerve. LOL Good!

I’m so glad you are entertained that I am utterly outraged by the Trumps adminstration Nazi esque policies. I will be even more outraged if they start gassing these kids, so why not start promoting that in order to “own” me further?

Good for his church. He’s despicable. Hope they toss him out on is arse.

That looks like a better setup than some of the homeless children have. Clean.

Immune to the leftists theatrics, thankfully.

We will survive you trumptards, enjoy your orange jesus for now but this will eventually end.

Leftists made this mess. Like everything else, they expect someone else to clean this up after them.

Coming to this country and requesting asylum isn’t breaking the law, it’s following the law.

No they didn’t, Donald changed the policy, and could easily change it back if he wanted tol

Leftists made this mess. Like everything else, they expect someone else to clean this up after them.

This mess is a result of both parties and politicians from both sides of the aisle kicking the can down the road for decades now. Blaming one and not the other only highlights your intellectual laziness or your actual ignorance of this issue.

As one who identified as an evangelical for most of my life (until the Trump fiasco in 2016), let me just be the first to say - it’s about damn time that churches start standing against this nonsense. Good on them.

how are they gonna spin this one…

What’s to spin? The Church’s rhetoric perverts the definition of “child abuse” and “racial discrimination.”

None of this would be going on if the “immigrants” had crossed (or applied to cross) at official points of entry. By law, the adults who crossed the border illegally are criminals and are subject to detention. Children are not detained with criminals, but must be either placed in the hands of a relative or guardian or be cared for by the government authority holding the parents. It’s as simple as that. Perhaps what the Church should do instead of acting “holier than thou” is to set up a care center for the kids.

When Congress passes a stand alone bill that ends all of this, there are going to be a lot of Trump administration folks who are going to really wish they had the last 6-8 weeks back to do over. They bet this would be a bargaining chip that would help them force their will on all of their immigration demands. Instead it’s blowing up in their faces and making them look like the epitome of evil.

Well, you guys are certainly doing your best.

Is Sessions’ church as a rule deeply involved in helping our homeless children, or is it just these children in particular?

What a stupid attempt at a gotcha question. OF course the UMC is involved with helping homeless children. Good grief. Will the new CEC attack angle be anti-church now? DEFEND TRUMP AT ALL COSTS!