The longer they screw around delaying “stimulating” the more pissed those who think they’re entitled to a check are getting. Hell, J’Biden already reneged on the $2k bribes he floated during the Georgia runoff and they’ve put out limitations on eligibility based on incomes. Yep, raise that temperature and when the peeps are really grouchy? The Dims will start pointing fingers. They’re 2 fer 2
‘Peachment #1 Covid sneaks into the country
‘Peachment #2 Delays in stimulating and unanswered questions about Jan 6 2021.
So predictable.

Not sure if Chaffetz is laying the groundwork for a challenge to Romney’s senate seat but I’m wondering if these questions will be asked (and truthfully answered), in this so-called “commission”.
Pelosi might have some ‘splainin’ to do? 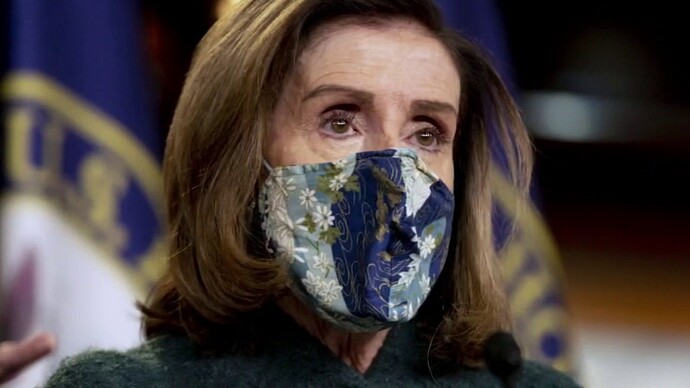 Jason Chaffetz: Speaker Pelosi, when will you answer these 13 security...

Who is ultimately "at the top of the Capitol Police?"  Speaker Pelosi knows she is.

but I’m wondering if these questions will be asked (and truthfully answered), in this so-called “commission”.
Pelosi might have some ‘splainin’ to do?

Yes. We need to find out exactly what Pelosi, McConnell & Trump all knew and when they knew it. Nobody escapes scrutiny

And introducing Pelosi’s choice to lead the “investigation”, Retired Lt. General Russel Honore’.
Partisan hack who has denounced the 1st and 2nd Amendments, criticizes conservative members of Congress and is a power hungry madman.

House Speaker Nancy Pelosi tells reporters at her weekly news conference that she has tasked Retired Lieutenant General Russel L. Honoré with conducting a review of the Captiol's security infrastructure, interagency processes and command and control...

Bad choice to pick a soldier.

Especially that one, he’s nuts.

Another investigation brought to you by the same brainless lunatics who gave us the Russia collusion hoax and the Kavanaugh lie.

Looks like someone is not telling the complete truth.

But the witnesses disagreed. In his prepared statement, for example, Irving said that neither the FBI nor the Department of Homeland Security “assessed or forecast a coordinated assault on the Capitol like the one that took place.”

Contee said in his prepared statement: “To be clear, available intelligence pointed to a large presence of some of the same groups that had contributed to violence in the city after demonstrations in November and December. The District did not have intelligence pointing to a coordinated assault on the Capitol.”

Sund wrote: “Although it appears that there were numerous participants from multiple states planning this attack, the entire intelligence community (IC) seems to have missed it.” Sund later added that he did not think the Capitol riot was “foreseeable,” given the intelligence that was provided at the time.

Witnesses said that the attack on the Capitol was well-coordinated and well-equipped, with clear advance planning.

The riot began 20 minutes before President Trump finished his speech about the election, more than a mile away at the Ellipse. 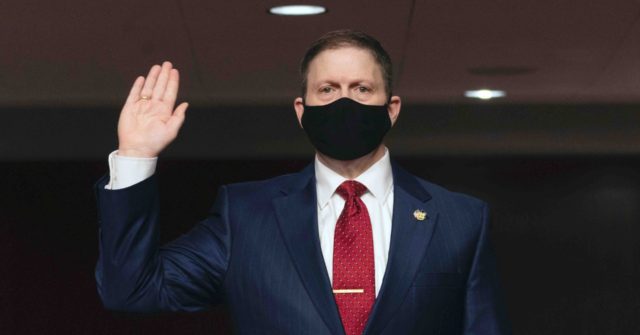 Witnesses testified they did not expect the Capitol to be attacked, directly contradicting what Democrats told the Senate impeachment trial.

The Trump incitement accusation is wrong and the FBI failed to identify and warn of the potential.

We have not even started on sending the NG to traffic duty.

and the FBI failed to identify and warn of the potential.

That is not true. They were given the intelligence, it just never made it through to the top

Sen. Gary Peters revealed Tuesday that an FBI report containing “troubling” information was given to US Capitol Police headquarters on the eve of Jan. 6 but never made it to the department’s leadership, a breakdown the Michigan Democrat said is “clearly a major problem."

“How can you not get that vital intelligence on the eve of what’s going to be a major event?,” Peters asked.

Former US Capitol Police chief Steven Sund responded that it was “coming in as raw data,” though he acknowledged the information would have been helpful.

“I agree that’s something we need to look at. What’s the process and how do we streamline?” he said.

That is called failed to identify and warn.

They could have at least pulled in the handful of NG troops and that would have kept the hundred or so window breakers outside where pepper spray would have worked.

That is called failed to identify and warn.

They did warn them. The warning just never made it all the way through the chain of command to do anything about it. That failure is on Capitol police

But I do agree that more scrutiny needs to be given to these violent far-rignt groups so this doesn’t happen again.

The finger pointing is just warming up.

They could just follow John Sullivan around for a while. He ends up in the middle of the violence quite often.

The name of his group, Insurgence USA, suggests his intentions. An insurgence is “an act of rising in active revolt.” Another word for insurgency is insurrection. A pop-up on the group’s website says “WE ARE THE REVOLUTION.”

Thursday we posted some details about some of the people who entered the Capitol during the riot on Wednesday. One of those individuals is John Sullivan. According to the video Sullivan captured of th...

Yep let’s ignore the hundreds of Trumpers arrested and focus on the one left wing instigator.

Did you focus on those on the right doing the same thing last summer or was your anger focused on the larger group engaged in violence?

I think a Commission will look at all of it.

All I see right now is finger pointing.

So what are elitist little social snobs back in DC crying about now?

So what are elitist little social snobs back in DC crying about now?

One man terrorist is another man freedom fighter.

One man terrorist is another man freedom fighter.

I’ll stick to the side that aren’t domestic terrorists

They are finding out they can’t blame Trump their way out of this one.