Is it better to have a president who has already survived COVID? Or one who is deathly afraid of it?

President Trump has recovered from COVID, while Joe Biden is still campaigning from his basement.

How long would a President Biden have to hide out?

Can Biden actually function as president given his obvious deathly fear of infection?

Biden’s basement is in Arizona apparently.

I like presidents who are smart enough to not contract it in the first place.

Biden has demanded a virtual debate to avoid leaving the safety of his home. Why is that?

Biden has demanded a virtual debate to avoid leaving the safety of his home. Why is that?

The Debate Commission did that without talking to either candidate.

He’s not in his home.

I’ll go with a POTUS who isn’t deliberately spreading disinformation about it, infecting his staff, and claiming we have a cure for it thanks to him.

I like a president who is not a super spreader.

When will Biden be able to move freely?

Even vaccines are not 100% effective. Will he be holed up for years?

Oh so you don’t like those things huh lib?

I like presidents who know not to cough on their hands: 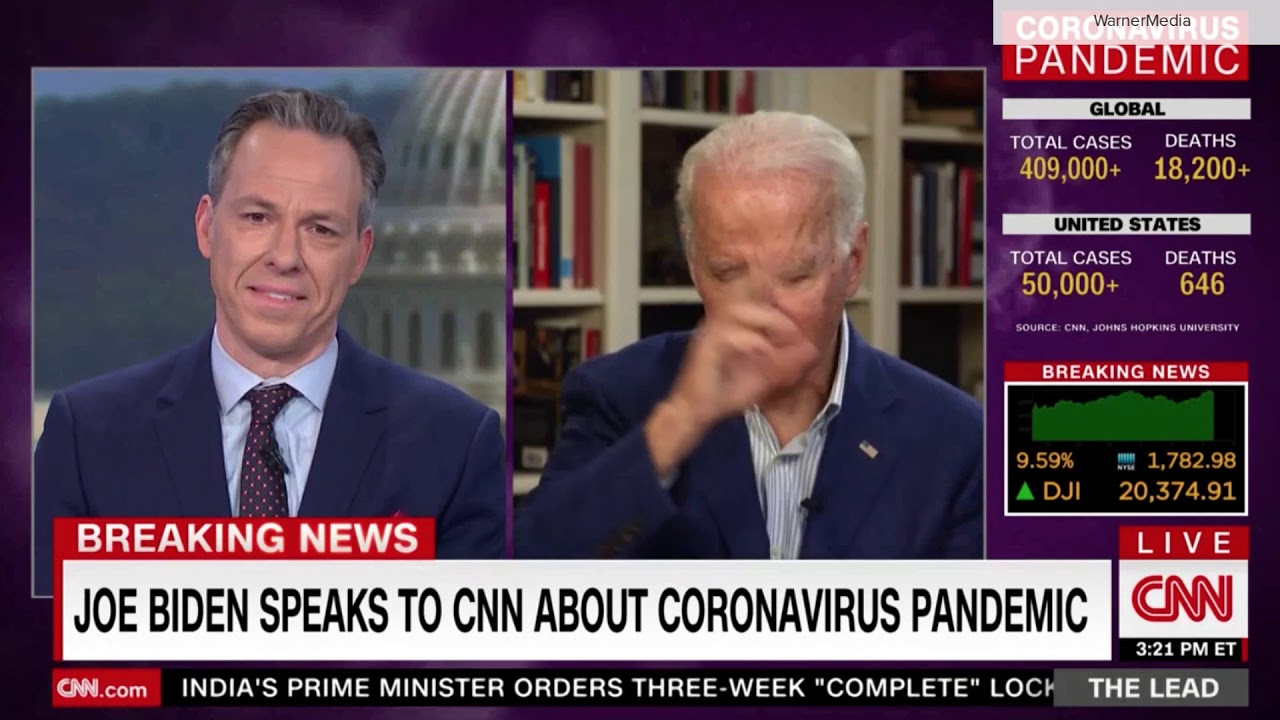 Also what medical value is a mask if it is mainly used a prop? He even removed the mask to cough on his hand! WATCH: Biden's Face Mask Is Useless Because He Doesn't Understand How It Works

Joe Biden doesn't even know how to wear a face mask properly, but he's fully-embraced the universal-masking mantra because polling indicates that Trump may be vulnerable when it comes to

Oh so you don’t like those things huh lib?

You know us wacky libs, just going against everything Trump says, does, and is. No sense of nuance.

If only there were some quick and easy way to determine who has shown sound judgment about protecting themselves from COVID.

Presidents and presidential candidates face constant death threats. How do you protect a president from intentional infection?

A cough, a contaminated piece of paper, or particles from a distant infected person could be life-threatening for someone who is old and in poor health. COVID-19 and Your Health

Symptoms, testing, what to do if sick, daily activities, and more.

Terrorists or unfriendly nations could enhance the risks with techniques used in biological weapons.

I like a president that is realistic…not cowering in a corner.

Just for the record. If a lib was president like Andrew Cuomo of New York…we would have over half a million dead by now.

Yes they do. But the smart ones don’t walk into a biker bar and shout “Who thinks they can kick my ass?!”

I like presidents who are smart enough to not contract it in the first place.

So you believe Biden will shut down the whole government, not talk to anyone except by computer for his 4 years.