I was never a fan of that war

President Bone Spur finally comes out and pretty much admits he dodged the draft…And of all times, on the 75th anniversary of D-Day. I wonder how many of those guys were thrilled about being there.

i was never a fan of it either

but i didnt dodge the draft

You a fan of the Vietnam War?

Not a fan of any war…I served, did my 4 years (not in war), but wouldnt dodge the draft if called. Wasnt raised that way. Had 3 uncles in ww2, one was killed on Saipan in the the biggest banzai charge of the war. I was named after him.

Not a fan of any war…I served, did my 4 years (not in war), but wouldnt dodge the draft if called. Wasnt raised that way.

that’s comendable! thanks for your service

C’mon…we both know he didnt have bone spurs and could have served. When asked he couldnt even remember which foot.

No one seems to care that Bill Clinton nor Obama served in the military.

Was unaware Obama dodged the draft…

No one seems to care that Bill Clinton nor Obama served in the military.

But enter Trump and suddenly thats no longer important to them. Heck they even gave him a pass when he insulted McCains war record and any soldier who ever had the bad luck to be captured.

We are making fun of the hypocrisy of your fellow trump supporters.

While I am no fan of Donald Trump, let’s put some context on this. 21 million American men were draft eligible by age during the Vietnam War. Of those, three million served in the military and two million of those served in Vietnam in postings directly related to the war.

The important fact is that 18 million men made other arrangements: among them Bill Clinton, George W. Bush and Donald Trump.

I am not saying any of them were right, but I see Donald Trump as one of 18 million men who managed to find a way to avoid service. There were standard routes to do so. Among conservatives, the National Guard was often an easy out – as in W. Bush case. But in liberal New York, n one could find a National Guard opening for love or money. New York did have a group of doctors who were willing to declare young men unfit for service – mostly on psychological grounds, but Fred Trump found one who was willing to write up bone spurs.

There was no public opposition to the 18 million; it was just a quiet little fact of life. The draft snared farm kids, poor kids, African-Americans, Hispanics, those without connection or advantages. But Donald Trump was like so many others, let’s keep this is context.

While right wing revisionists have created an history of anti-war protestors mistreating the Vietnam Vets, their real victimization came at the hands of a Congress that was unwilling to spend anywhere close to the funds on veterans benefits that were showered on those who served in WW II or Korea. But those veterans were a cross section of all of America, not the underprivileged who got caught up in the Vietnam era draft. President Reagan began the rehabilitation of the Vietnam army, at least in words, thought he still wouldn’t spend on them.

All in all, a fairly shameful history but Donald Trump was just one more self-interested young man among eighteen million doing what virtually all of his peers did.

The issue seems to be that Trump didn’t serve.

Unlike Trump, Bill Clinton was a felonious draft dodger. Nary a peep from DEMs. 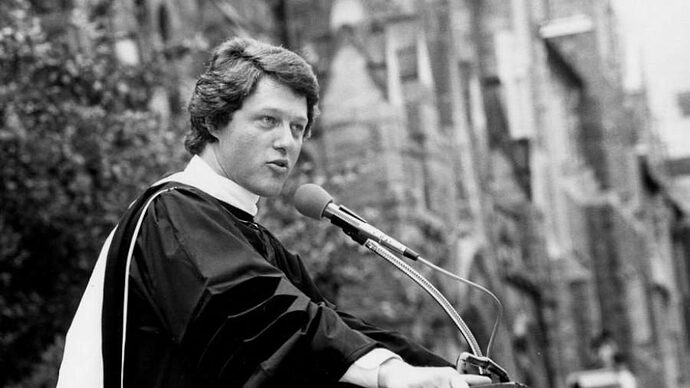 Bill Clinton's questionable activities during the Vietnam-era draft did not make him the 'first pardoned federal felon ever to serve as President of the U.S.' 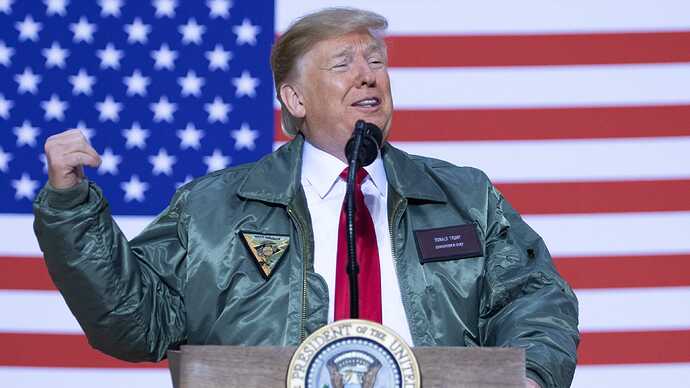 Elysa Braunstein said her father diagnosed Donald Trump with bones spurs at the height of the Vietnam War as a favor to his landlord, Fred Trump.

Not remotely similar, with Bill Clinton infinitely worse. But of course when it comes to Trump…………………

That was never a requirement for me.

TDS is a terrible affliction.

That was never a requirement for me.

I am not doubting you but its amazing how many cons say that. Its as popular as telling us they never supported the patriot act.

Fascinating… I write a piece saying we should not criticize Donald Trump for his actions and you immediately make a TDS claim.

If anyone is showing signs of derangement syndromes…

Go back and read what I wrote. I regard the history of the draft during the Vietnam War as a disgrace. Do you think it was a good system?

I supported the patriot act.

In some regards I’m not your run of the mill conservative.

Sorry for the confusion. I wasn’t directing my TDS comment at you. I was referring to those who are singling out Trump despite the 18 million who didn’t serve.

I actually agree with some of what you said, but don’t agree that Vietnam Vets weren’t mistreated.

How many of those 18 million lied?