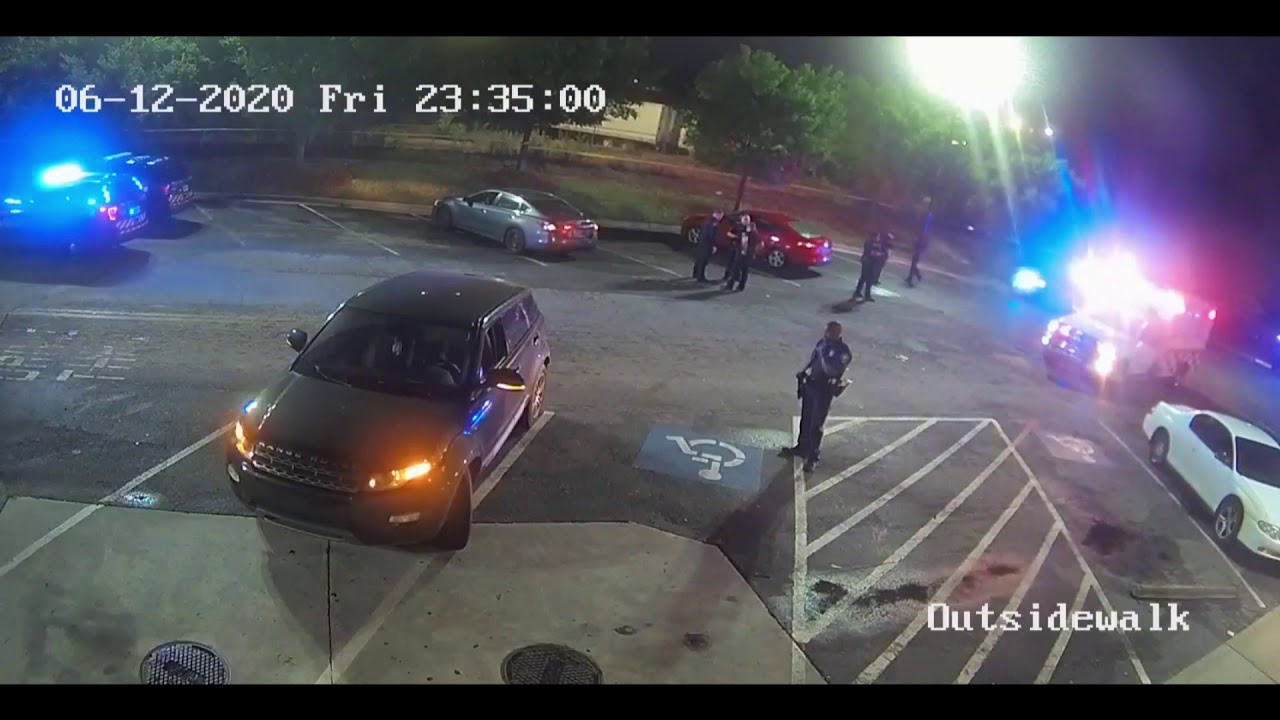 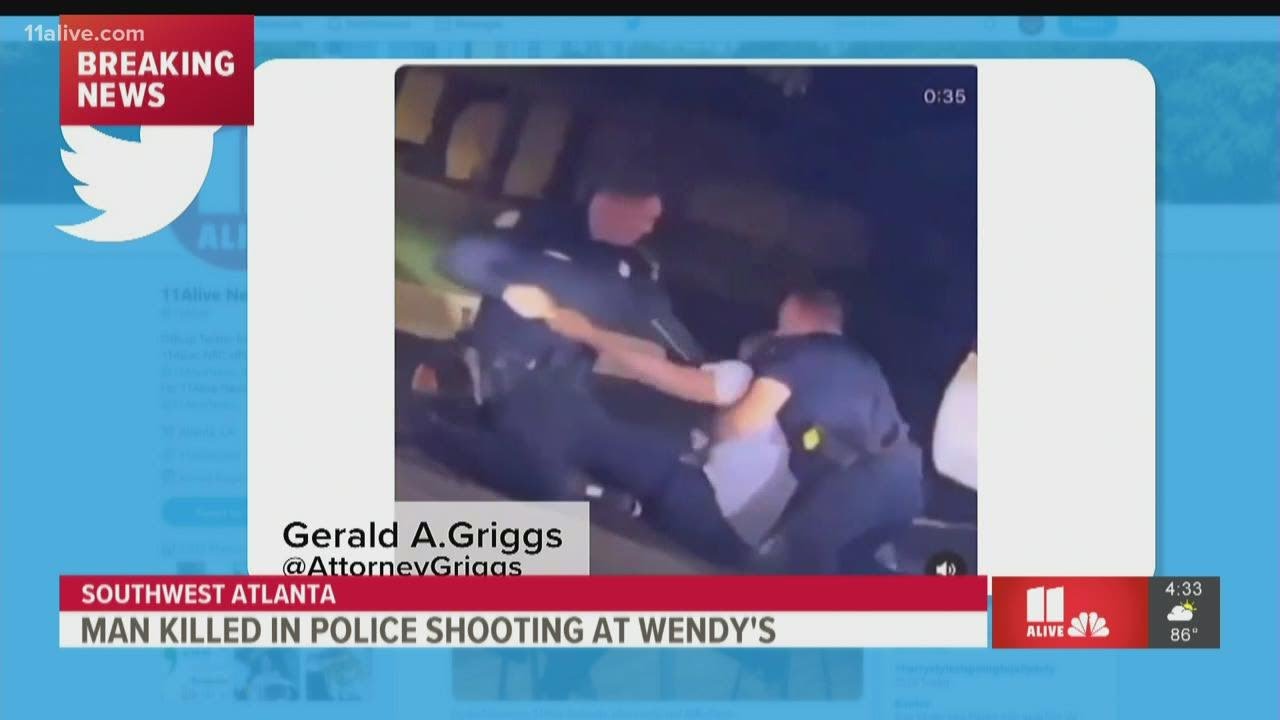 Fox carried an hour plus long video of the “Family Attorneys” having a press conference about the incident.

I watched that before looking at the video of the actual shooting.

It’s amazing how contrived their version of events was and even more so that they could peddle it with a straight face.

Brooks was apparently passed out in his vehicle at a Wendy’s from drug/alcohol intoxication. Police are called because people are concerned.

They arrive and attempt to wake him and a fight breaks out.

To the professional outrage mob, this one isn’t going to go your way.

A prolonged struggle with two officers in which he wrestles a taser out of the hand of one officer and flees with it.

Not until he turns and either fires it at the closest pursuing officer or attempts to do so (you can see the flash) is he shot.

A cop can shoot a fleeing dangerous felon particularly when he is shooting or otherwise posing a significant threat to another officer or the public at large.

This shooting may or may not violate policy but legally the officer is probably on solid ground here.

In an asinine attempt at politicizing the event the Atlanta CoP resigned her position today in solidarity with something.

And they think only a black man would have been shot.

I’m sorry…but IMO from information that I see ATM…justified shooting.

It only takes a second or two to take the firearm from someone after you tase them and the same to employ it.

Like I said, may violate some idiotic policy but it’s almost certainly going to be ruled a justified homicide unless GA has some really strange laws I’ve never heard of.

You point a Taser at me I’m shooting you…even if there wasn’t any struggle.

Help me out here. And drunk grabbed officer Taser and started running. Police gave chase, the idiot pointed it at em…and cop shot him?

The police chief stepped down after firing the officer.

Am I getting this right?

Mods can merge this in with other thread the WR started.

What’s going on in Atlanta? A whole lot of stupid from what I can tell.

Almost. I’m pretty sure he discharged it at the cop who was closest in pursuit as well. Look at the flash when he’s pointing it back at the cop.

In an asinine attempt at politicizing the event the Atlanta CoP resigned her position today in solidarity with something.

She’s not up for the ■■■■ storm that is going to happen. Probably made a call to the benefits office checked her pension status, cleaned out her desk and left a note that said “AMF”!

Great, the dumbass “Peaceful Protesters” have now burned the Wendy’s Store where Brooks was shot.

How the hell is Wendy’s responsible?

What the hell are these people thinking?

She’s probably carrying a gas can for the “protesters” tonight.

This is already looking as stupid as the Rodney King Riots in LA.

I see Wendy’s is on flames now. The animal are out.

Somehow we’ll learn Uncle Dave was a closet racist or something because Wendy’s under pays black people.

It was obviously because he was a black man.

Based on the video, they should not be protesting this shooting.

Well if they follow the pattern from LA they’ll burn all the businesses that server their “community” and neighborhood then complain because they can’t get groceries or buy a meal anymore without going to the other side of town.

Fortunately Bush 41 isn’t around to give these cities billions to rebuild.

And the libs can’t figure out why there are “food deserts” in the inner cities.