Growing evidence that Wuhan coronavirus orginated in a lab

If a tree falls in the forest, but no one hears it fall, will the alt-right still concoct a conspiracy theory as to why it fell?

I don’t know, but if a tree does fall in a forest and nobody hears it, we have found a perfect spot for a Bon Jovi concert.

To quote a former Secretary of State … “at this point, what difference does it make?”

What’s the context of that quote?

What’s the context of that quote?

What difference does it make?

Maybe they did it to destroy our financial markets?

It’s even worse for theirs.

Why have most of the US news media been so reluctant to seriously investigate the source of the coronavirus?

China has the politicians, along with the media in their pockets.

So wait, now it’s not a common cold? Y’all got to get your marching orders straight.

We’re not dems. We dont have marching orders. We think for ourselves.

Yes, I think that the scenario that Chinese lab accidentally released the virus has been ignored because it raises troubling questions such as described in this Slate article from 2014:

SARS has not re-emerged naturally, but there have been six escapes from virology labs: one each in Singapore and Taiwan, and four separate escapes at the same laboratory in Beijing . . .

**It is hardly reassuring that, despite stepwise technical improvements in containment facilities and increased policy demands for rigorous biosecurity procedures in the handling of dangerous pathogens, potentially high-consequence breaches of biocontainment occur nearly daily: In 2010, 244 unintended releases of bioweapon candidate “select agents” were reported. 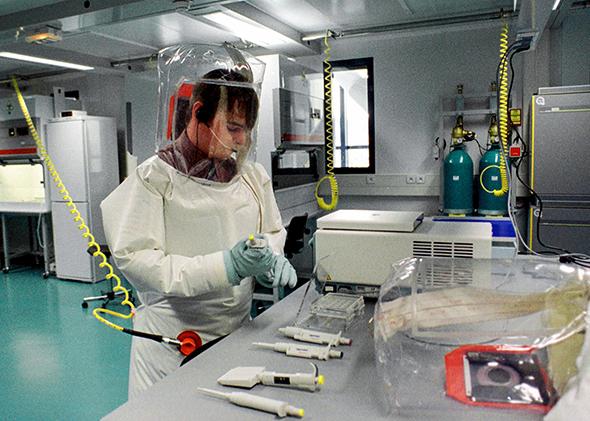 A Brief, Terrifying History of Viruses Escaping From Labs

A version of this essay originally appeared in the Bulletin of the Atomic Scientists.

Is that what you heard on Rush yesterday?

You didn’t build that.

It’s interesting how conservatives are so drawn to clipped, out of context quotes. They built an entire convention around “You didn’t build that” in a publicly financed stadium. Same thing with “what difference does it make”. Perfectly reasonable response to the question when you look at the non clipped quote and context, for Republicans they clip a part of it and it becomes part of their tribal language. Kinda weird but whatever.

Is that what you heard on Rush yesterday?

Did he say something along the lines of what I said? If he did, good on him.

Did he say something along the lines of what I said? If he did, good on him.

Yup. It means he agrees with you.

Well, at least the Hong Kong protests have ended.

I wouldn’t be surprised that this corona came as a result of non-nefarious purposes, but yes, came from a lab.

China has been plagued by a swine virus that has wiped out a third of all swine herds in the nation. Perhaps they’ve been (and continue to) work on an answer to that swine virus. Maybe something accidental came out of that.

Plenty of speculations are possible.

Good article. Interesting that it was first reported in the Bulletin of Atomic Scientists likely from their role monitoring radioactive tracers.

You didn’t build that.

It’s interesting how conservatives are so drawn to clipped, out of context quotes. They built an entire convention around “You didn’t build that” in a publicly financed stadium. Same thing with “what difference does it make”. Perfectly reasonable response to the question when you look at the non clipped quote and context, for Republicans they clip a part of it and it becomes part of their tribal language. Kinda weird but whatever.

Bill Gates recently said that the coronavirus is a “once-in-a-century pathogen”. https://www.gatesnotes.com/Health/How-to-respond-to-COVID-19

That statement makes sense if the virus is a result of a random genetic mutation or similar freak of nature. On the other hand, if the virus is result of human manipulation, the frequency could increase rapidly as more people are able to access the technology.

There is certainly ample evidence that Chinese officials knew of the virus and ordered a coverup back in December and early January. They allowed an annual pot-luck dinner with 40,000 families to take place in Wuhan, which helped the spread of the disease.

Chinese scientists knew about the coronavirus and its deadly effects as early as December — but were ordered by government officials to suppress the evidence, according to a report. In late D…

There is also good evidence that Chinese doctors were treating the coronavirus with anti-HIV drugs well before recent reports that the virus has acquired genes similar to HIV.
https://med.news.am/eng/news/24989/chinese-coronavirus-trying-to-treat-with-anti-hiv-drugs.html

Why would Chinese officials have clamped down on response to the virus if it had really come from the seafood market and not a lab?

Why would Chinese doctors have had any reason to suspect that the virus had features similar to HIV if they did not already know about its genetics?

The actions of the Chinese government and doctors make more sense if the coronavirus escaped from a lab.

A fact check in the link below attempts to dismiss the possibility that the coronavirus came from a lab. It quotes reports that the genetics of the virus is similar to a known bat coronavirus and therefore there is no reason to believe it was the result of genetic engineering and it did not come from a lab. 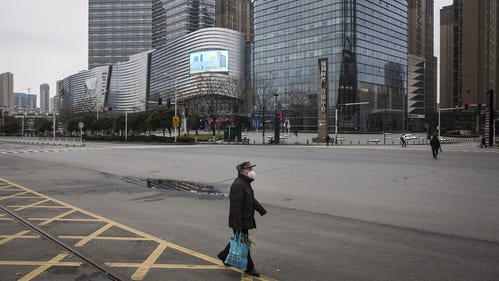 Fact check: Did the coronavirus originate in a Chinese laboratory?

A conspiracy theory popular on the right suggests that the new coronavirus was created as part of a Chinese biological weapons program.

My observation is that the possibility that the virus originated as a result of natural mutations does not eliminate the likelihood that the virus was brought to a lab in Wuhan for study and experiments and then was accidentally released from the lab into the city.

Small changes in genetics can sometimes have a large change its ability to infect people. As noted earlier, published papers show that the virus acquired genetic features similar to Ebola and HIV that greatly increase its ability to infect humans. In addition, the fact check fails to mention published work from scientists in Wuhan related to engineering gain-of-function features into coronaviruses and the many examples of dangerous viruses escaping from labs in the past.

Given that history, my opinion is that the gain-of-function features are much more likely to be a result of human experiments than random mutations, and a lab in Wuhan is the likely source. The USA Today fact check reminds me of early reports dismissing dangers from the coronavirus by saying people were much more likely to die from the flu. For example here is a CNN article from January: A deadly virus is spreading from state to state and has infected 26 million...

The coronavirus is prompting Americans to buy up surgical masks. There's another virus that has infected at least 26 million Americans across the country and killed at least 14,000 people this season alone. It's not a new pandemic -- it's influenza.

While the facts were technically true back in January when there were just a handful of cases outside of China, it certainly is not true now that the number of cases is exploding around the world.

Likewise the possibility that the virus may have originated naturally certainly does not eliminate the likelihood that it originated from a lab.