Yes, acknowledging our mis-steps as a nation is a horrible thing. Yet you cheer trump at every step of the way.

His fiercest critics are indeed haters.

So my post is true as you have just admitted.

There isn’t one. They wanted a narrative of an outsider interloper who doesn’t understand “real” americans and they grabbed at every straw they could. They’re still repeating these stupid quotes now 10 years later.

“There are a lot of killers. You think our country’s so innocent?”

To Trump supporters, Kim Jong Un is just a guy who loves his people and his country.

Did you take a survey by listening closely to what your ass had to say? 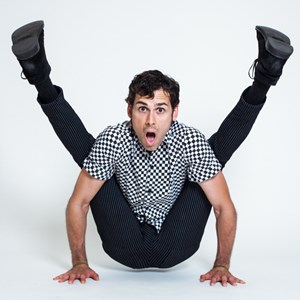 The apology tour that didn’t happen? Focus on the premise of this OP.

" In America, there’s a failure to appreciate Europe’s leading role in the world. Instead of celebrating your dynamic union and seeking to partner with you to meet common challenges, there have been times where America has shown arrogance and been dismissive, even derisive."
https://www.heritage.org/europe/report/barack-obamas-top-10-apologies-how-the-president-has-humiliated-superpower

The Heritage Foundation has an opinion. Ok. And they don’t like Obama. Ok.

Sure. Are you guys capable of anything but hate as regards this president?

Can this troll be banned?

Of course. The left doesn’t like free speech that doesn’t go right along with them.

You’re doing nothing but trolling. Bad trolling, at that. And btw, licking Trump’s butt doesn’t make someone “the left”.

I did a search hoping he really didn’t say that. He did. What a pity this man represents our country. He is without a doubt the worst president ever. EVER.

He and May now giving a press conference in which he called that interview, which the Sun recorded and has audio of, Fake News.

And the Press Confrence isn’t over yet.

Probably because it’s him. Any other real leader it might.

The amazing thing to me is that Trump doesn’t drink alcohol. He says all of these amazingly stupid things stone cold sober.

Probably because it’s him. Any other real leader it might.

I’ve come to the conclusion that his sycophants want to be lied to. I don’t know why, but there isn’t any other conclusion to reach.

Looks like I have stirred the haters this morning.

What haters? I don’t see any haters.

Looks like I have stirred the haters this morning.

What haters? I don’t see any haters.

Evidently anyone who doesn’t spread cheek for Trump is a hater.

Some nice animation (and music) here. (It’s the 50th anniversary of “Yellow Submarine” this year, by the way.)

I’ve come to the conclusion that his sycophants want to be lied to. I don’t know why, but there isn’t any other conclusion to reach.