The judge cited home invasions, including one where a pajama-clad woman took on three intruders: "She had no place to carry an extra magazine and no way to reload."

“Individual liberty and freedom are not outmoded concepts,” San Diego-based U.S. District Judge Roger Benitez wrote as he declared unconstitutional the law that would have banned possessing any magazines holding more than 10 bullets.

There seems to be a trend developing…

He said a pajama clad woman would have had no place to carry another magazine, when confronting 3 home invaders. Wow…just wow.

No love for the Constitution today?

Been busy researching the depth of the Great Lakes.

Still no love? Hoping the 9th will…

Been busy researching the depth of the Great Lakes.

Sarcasm or no self control?

As so. Glad I asked then.

I wouldn’t get too excited…

I wouldn’t get too excited…

Of course you wouldn’t. 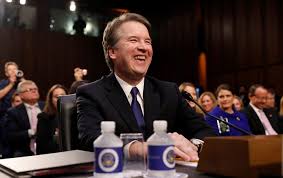 Of course you wouldn’t.

Have you read the ruling?

Given that other states have a high cap ban in place and other states, like mine, are planning to do the same, I believe this needs to be decided by the Supreme Court.

Given that other states have a high cap ban in place and other states, like mine, are planning to do the same, I believe this needs to be decided by the Supreme Court.

Sarcasm or no self control?

The 2nd Amendment, and the Constitution doesn’t fit into the
Liberal Socialist Democrat Agenda.

Guns are dangerous mainly in the hands of stupid people.

Like gang members, and drug dealers.
Why, just look at Chicago, IL.

Hugely corrupt, hugely Liberal, and yet crime only seems to get worse there, not
better. Why is this? Because it’s ran by Liberal Politicians of course, and
they want the crime there.

Part of Socialism is making people feel the need that they need the Government
**for their safety. **

Therefore, in order to make the American People feel the “NEED” for Socialism,
part of the “Socialist Democrat Agenda” is and always will be to involke fear,
panic, and Anarchy into Americans.

Did you read it?

I liked this part.

“All the people who bought the magazines in the last week are protected from prosecution, but any further purchase of these magazines is illegal for the moment,” Michel said. “There was 20 years of pent up demand for these self-defense tools, and several hundred thousand people bought them in the last week, maybe more than several hundred thousand.”