Court has ruled that Rachel Maddow’s statement saying that a conservative media outlet “really literally is paid Russian propaganda” should be taken as hyperbole and commentary. The judge agreed with MSNBC’s defense that a “reasonable viewer” would realize that the statement was not intended to be a statement of fact.

Or are viewers able to tell when Maddow is spouting fabrications and hyperbole simply by seeing her lips move? 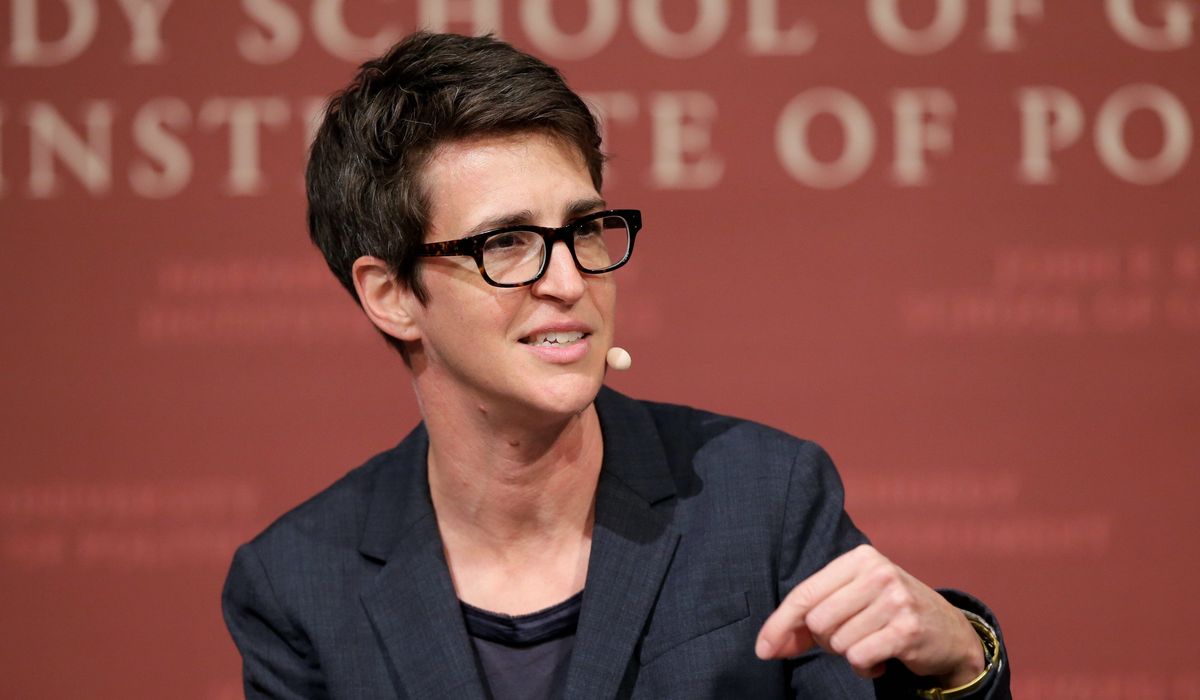 MSNBC host Rachel Maddow won a legal victory Friday in a defamation lawsuit brought against her by the parent company of conservative television network One America News, or OAN.

No reasonable person would listen to a word that angry little cow says.

Most of us already knew that though. It’s good to have it official, but it’s a well known fact that unstable people are her base.

Is Hannity on Fox a hard news show?

it’s official because someone made a thread title here on the hannity forums shaping it that way. That’s how that works.

Is Hannity on Fox a hard news show?

Just as anyone with a scintilla of sense knows Maddow is not a news show, it’s equally senseless to ask if Hannity is a new show.

For one thing he plainly states he is not a news show.

No. The ruling concluded that Maddow’s statement was hyperbole and opinion so it was not defamation even if it was factually incorrect:

For her to exaggerate the facts and call OAN Russian propaganda was consistent with her tone up to that point, and the Court finds a reasonable viewer would not take the statement as factual given this context. The context of Maddow’s statement shows reasonable viewers would consider the contested statement to be her opinion.

OAN is appealing the decision. Here is a news article with a link to the opinion.

A federal judge Friday dismissed a $10 million defamation lawsuit filed by the owners and operators of the San Diego-based One America News Network against MSNBC and political commentator Rachel Maddow for telling her viewers last summer that the...

No. The ruling concluded that Maddow’s statement was hyperbole and opinion so it was not defamation even if it was factually incorrect:

No. The ruling did not conclude the statement was factually incorrect.

Here, taken in isolation, the statement that OAN is “literally paid Russia propaganda” is capable of verification. Either OAN receives money from the Russian government or it does not. Thus, this factor weighs in favor of a finding that viewers could conclude that the statement implied an assertion of objective fact.

We will see what the appeals court says about the ruling.

She generally talks about one thing in depth for an hour. No one could possibly mistake that for basic news reporting. But it is funny that OAN lost the lawsuit and it’s being spun here as a lose for Maddie somehow.

perfect way to put it

the pro wrestling of “news”

Does her position exempt her from defamation lawsuits? Apparently the judge in this case thinks so since she did not allow the case to go to a jury.

The ruling reminds me of FBI Director Comey’s exoneration of Hillary Clinton. Basically Comey said that Clinton was so clueless and incompetent that it was impossible to prove criminal intent therefore there was no crime. Of course that same logic means that she was clearly not qualified to be president.

In the MSNBC case, the judge basically said that Maddow was so obviously biased and opinionated that a reasonable viewer would not believe her words were statements of fact. Defamation is therefore not possible under the law, but it means that MSNBC has zero credibility as a news organization.

An appeals court will review the decision, but for now Maddow appears to be free to say any falsehood no matter how malicious and deliberate without risk of damages for defamation.

That’s a strong use of the word basically.

Well, at least we know who her one viewer is.

Yes, she has one viewer. At least you didn’t say literally.