Check this out. Subpoena the house phones and emails

Deputy Attorney General Rod Rosenstein threatened to “subpoena” emails, phone records and other documents from lawmakers and staff on a Republican-led House committee during a tense meeting earlier this year, according to emails reviewed by Fox News documenting the encounter and reflecting what aides described as a “personal attack.”

Seems to me The Weasel doesn’t know who has the power of over site.

This is classic example of abuse in goverment bureaucracy.

Yep…no respect for our Constitutional Republic.

Article was written by Catherine Herridge

“The DAG [Deputy Attorney General Rosenstein] criticized the Committee for sending our requests in writing and was further critical of the Committee’s request to have DOJ/FBI do the same when responding,” the committee’s then-senior counsel for counterterrorism Kash Patel wrote to the House Office of General Counsel. “Going so far as to say that if the Committee likes being litigators, then ‘we [DOJ] too [are] litigators, and we will subpoena your records and your emails,’ referring to HPSCI [House Permanent Select Committee on Intelligence] and Congress overall.”

A second House committee staffer at the meeting backed up Patel’s account, writing: “Let me just add that watching the Deputy Attorney General launch a sustained personal attack against a congressional staffer in retaliation for vigorous oversight was astonishing and disheartening. … Also, having the nation’s #1 (for these matters) law enforcement officer threaten to ‘subpoena your calls and emails’ was downright chilling.”

Chilling is underestimating it. Damn outright frighting if you ask me. Specially if it’s been confirmed.

Herridge is a hack. You’re being told a story.

Rod Rosenstein is a Republican, and he was appointed by Trump to serve as DAG.

Being in Congress isnt a protection

So by the response so far I take it that libs support this abuse/behavior.

So by the response so far I take it that libs support this abuse/behavior.

I don’t know about that, but Donald sure does. Bitch about him rather than anonymous posters on a low traffic political forum.

You’ll believe anything your masters tell you.

“low traffic”? Is that like “low energy” or “failing”?

Look at the distraction…anything to prevent truth and having honest discussion.

How much you want to bet the emails came from Devin Nunes?

The article tries to spin this into some threat of criminal investigation which is idiotic. The House staffers were threatening civil lawsuits which the DoJ is entitled to defend itself from which includes subpoena of documents. It’s not abuse of power. Don’t be so dramatic.

How much you want to bet the emails came from Devin Nunes?

Sorry, did not read far enough…email(s) appear to be from Kash Patel, the same guy who wrote the infamous Nunes memo

What I see is a article that relays on memorialized emails m buy a couple of committee staffers and a couple of unnamed sources. Just like the articles that are not pro Trump which Trump supporters label as “fake news”.

Rosenstein is in a battle to keep DOJ/FBI documents secure. It is obvous that he believes Nunes will pass along any and all information to the White House. I concur with his belief. And even if he did make a threat it is not abuse unless acted upon.

devin has been shown time and time again to be leaking things he shouldn’t. What makes him any different than the staffer that got busted?

The Deputy Attorney General was making the point—after being threatened with contempt — that as an American citizen charged with the offense of contempt of Congress, he would have the right to defend himself, including requesting production of relevant emails and text messages and calling them as witnesses to demonstrate that their allegations are false,” the official said. “That is why he put them on notice to retain relevant emails and text messages, and he hopes they did so. (We have no process to obtain such records without congressional approval.

Ain’t nothing wrong with that.

So Rosenstein is a weasel for threatening to expose that Nunes is working with the White House to try to kill the Russia investigation? LOL! Have you yelled at any clouds lately?

Rosenstein calls for the House to investigate Lyin’ Devin Nunes and others on the Intel committee for spreading more lies.

“The Deputy Attorney General never threatened anyone in the room with a criminal investigation,” a Justice Department official said. “The FBI Director, the senior career ethics adviser for the Department, and the Assistant Attorney General for Legislative Affairs who were all present at this meeting are all quite clear that the characterization of events laid out here is false.”

Sounds like Devin was spreading more lies and bull ■■■■■

Unlike @conan, who roots for the anti-American side, I will gladly take Rosenstein’s word, as well as that of Wray, over known liar and bull ■■■■ artist Devin Nunes. 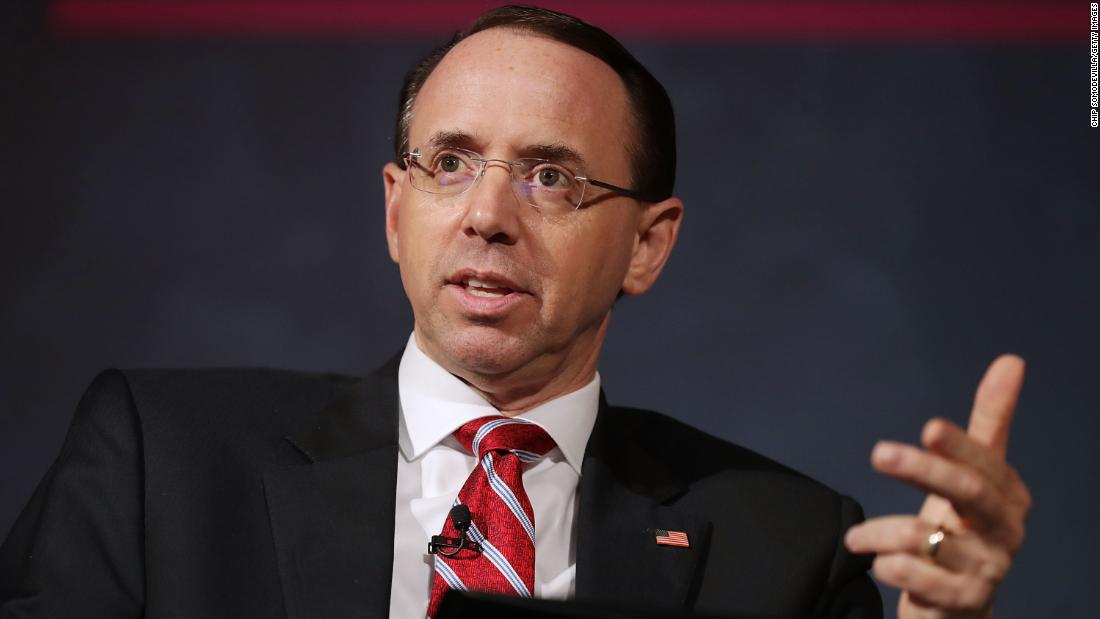 Rosenstein plans to call on House to investigate its own staff

Deputy Attorney General Rod Rosenstein's ongoing battle with House Republicans reached new heights Tuesday, as the No. 2 senior leader of the Justice Department plans to call on the House to investigate its own committee staff.